Sports cars are a complicated compilation of millions of electrical modules and connections. Working in harmony with an engine, these electrical devices support the driver and make the cars of today’s era go faster than ever before. To put things into perspective, an old McLaren F1 used a 6064 cc V12 engine to make 627 hp whereas a modern McLaren P1 used a 3.8 Litre V8 to produce 727 hp. And while such performance cars are often modified to extract those extra few horses from them, such changes can often result in a disaster. The complex workings of such machines mean that tinkering with them without proper knowledge and equipment isn’t a very prudent thing to do. A recent accident in Mumbai where a Porsche 911 Turbo (997) turned toast may well serve as an example. 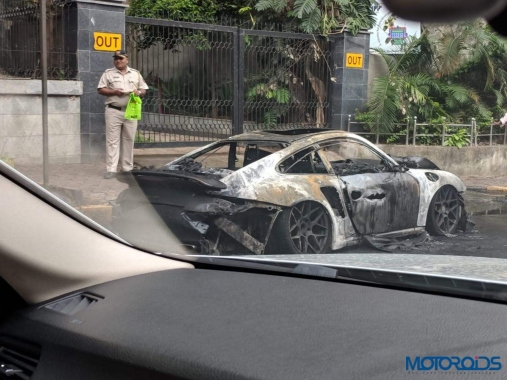 One such incident occurred on a peaceful Sunday morning on Peddar Road in Mumbai. Rumoured to be caused by a short circuit, images and videos of what appears to be a 997 generation 911 Turbo catching fire went viral. The incident happened when the car was out for a joy ride, a common ritual for sports car owners in Mumbai. In the early hours of Sunday, 9th of September, 2018 the car caught fire. Images show flames engulfing the whole car, with fire officials taking necessary steps to curb the fire. Fortunately, there were no reports of any injury to any people. The car had reportedly been modified for added performance, the list of modifications included an Agency power intake, an aftermarket exhaust with a new downpipe, aftermarket intercooler and ECM tune for added power. Cosmetic modifications included a new set of wheels, 991 generation headlights and some carbon parts. 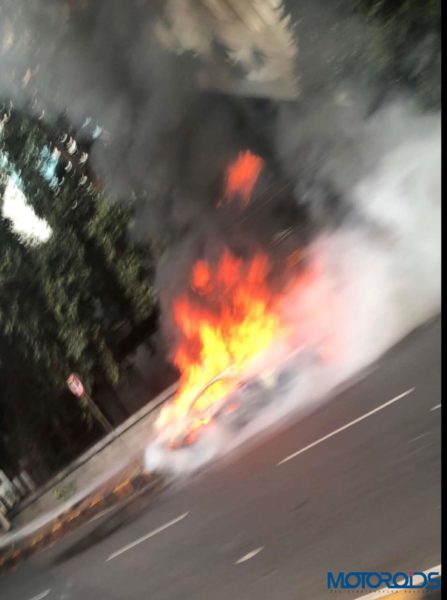 The 997 911 Turbo was produced from 2004 to 2012. The 3.6-litre twin-turbocharged flat six produced a whopping 473 hp and 620 Nm of torque. The engine was placed in the rear of the car, something all 911’s are known for. The engine had an option of a manual or a Trip-Tronic S 5-speed automatic transmission. turbocharged Porsche’s have always been a bit hardcore in terms of performance and offered all-wheel drive as standard. The Turbo was later used as a base for the much-respected 911 GT2, the fastest road-going Porsche at that time. Mumbaikar’s will surely miss that lovely six cylinder symphony on the streets. 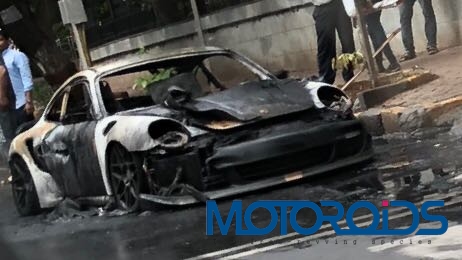