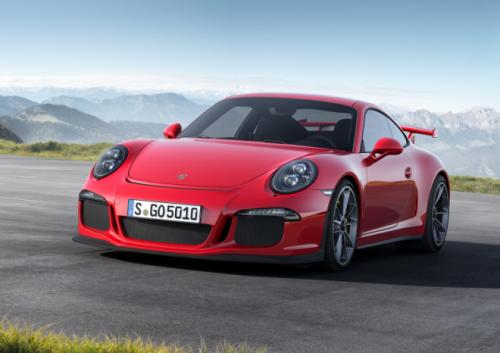 Porsche is slowly but surely working on to expand its 911 line-up of cars and what we have here today are some new details aabout the Porsche 911 GT3 RS 2014.

Powering the Porsche 911 GT3 RS could be a 4.0-litre flat-six engine or a more powerful version of the 3.8-liter motor that powers the GT3. The car would have at least 480 PS of max power and a PDK transmission.

Other than a highly capable engine, the GT3 RS will also boast of a sportier suspension setup, an electronic rear differential and an upgraded steering system. The car could also get some more lightweight bits in the form of a titanium exhaust system, et al.