Prime Minister Narendra Modi has inaugurated Zoji-la Tunnel Project during his visit to Jammu and Kashmir. Upon completion, the INR 6,809 crore, 14.15 kms Zoji-la tunnel will be Asia’s longest and would cut down the 3.5 hours drive time through the mountainous Zoji-la to just 15 minutes. The tunnel is expected to be completed in five years. Situated at an altitude of 11,578 feet, the Zojila pass remains closed during winters due to heavy snowfall.

He also added that the Zojila tunnel will be a modern day marvel. All the carbon dioxide from the tunnel would be removed from the tunnel through a tower, seven times higher than the Qutub Minar. 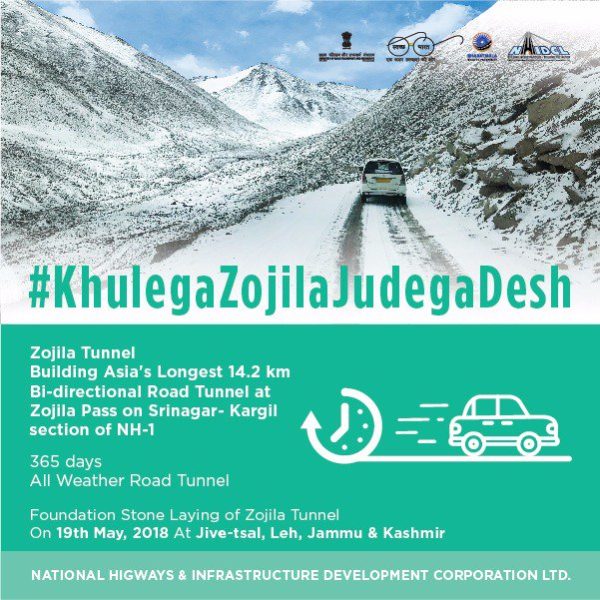 Road and Transport Minister Nitin Gadkari added that 90 per cent of employment would be provided to local youths in the construction of the tunnel.