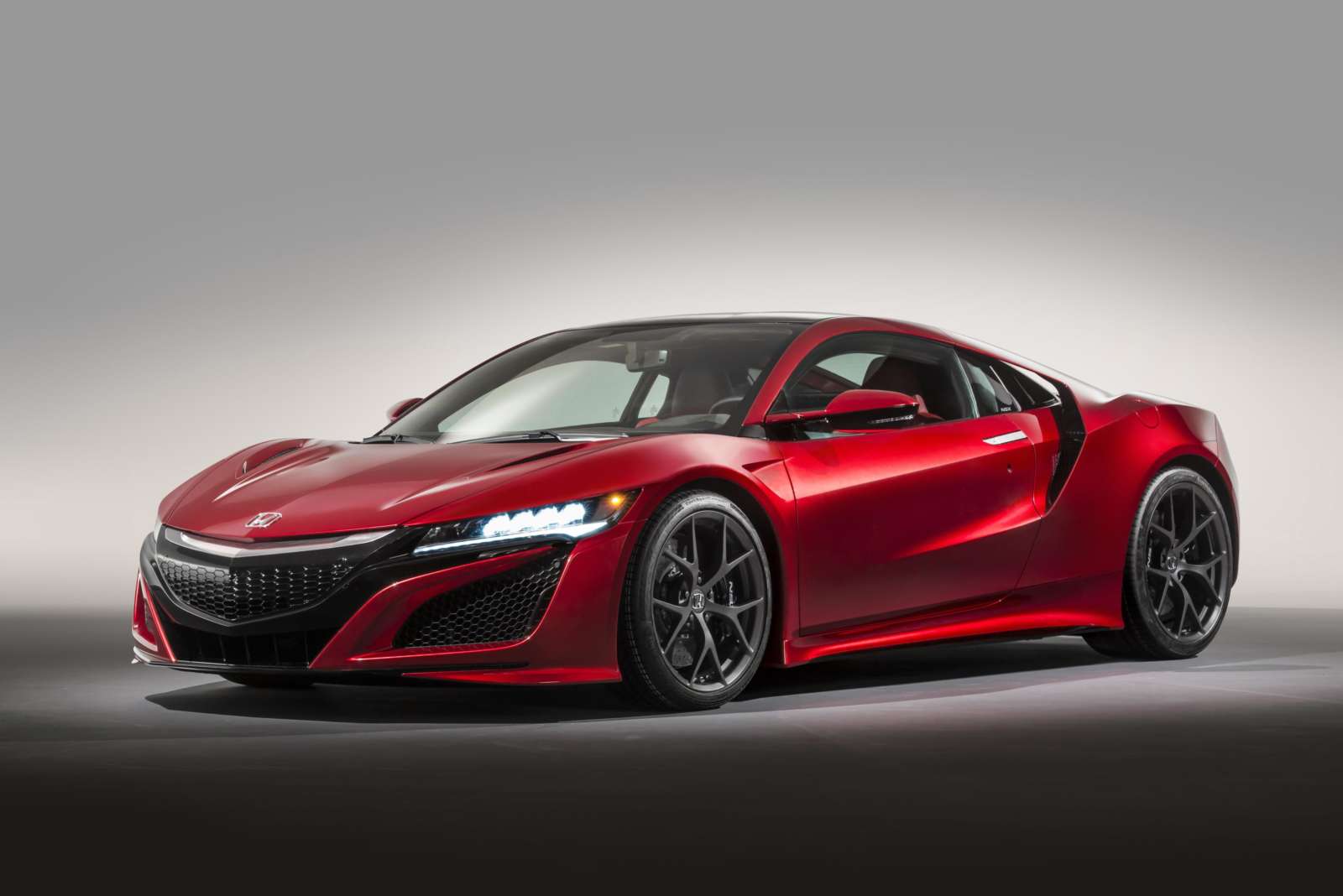 Project Leader Nick Robinson has been primarily responsible for the development of Honda NSX. Following his class win at 2016 Pikes Peak International Hill Climb, he joined the European media launch of the car and shared some insights into the development process.

Check out the transcript of the interview below

Large Project Leader Ted Klaus has talked previously about how the new NSX is a ‘sports car’ rather than a ‘supercar’. As the person leading its dynamic development – what are the differences for you between the two concepts?

“As the NSX development team, we all have a strong understanding of what a sports car is and should be. It has to have a compact package, low centre of gravity, rigid chassis and excellent visibility. A supercar differs in that it is this slightly wild animal that the driver needs to tame.

The direction we wanted to take for NSX makes the car undoubtedly a sports car because we wanted to create a synergy between the car and driver, rather than the car being in control. We use terms like ‘direct response’ to convey what we mean. I would add to that ‘linear’, especially when it comes to steering response. Competitors may have a linear steering response around centre, while larger steering inputs give this unnatural non-linear effect. When you’re driving on mountain roads, perhaps on switchbacks, the car can become difficult to control. We wanted to give the driver a great sports car that provides a direct, linear, predictable feedback to their inputs.”

From a dynamic point of view, what makes this NSX a Honda sports car?

“As a dynamicist, we worked to ensure the car feels agile at slower speeds, but retains a feeling of security at high speed, particularly from the rear axle. This is a direction we took from the development of the original NSX. To achieve this we had to ensure we had the most rigid rear body structure possible. Other cars in this class, in our opinion, have low speed agility that translates into nervousness at high speeds, or high speed stability that makes the car feel lethargic at lower speeds. NSX is the only car to provide that agility at low speed, and security at high speed.

We developed a setting to ensure the front and rear axles work together and give the driver a harmonious feeling. This builds a sense of confidence in the car for the driver.”

How did you and the team meet the challenges of retaining that analogue ‘sports car’ feeling while using a new cutting edge power unit?

“We had a clear dynamic feeling we wanted and continued to discuss and tune the car until we had satisfied ourselves. Of course we had some objective numerical targets for all the components of the car, but actually the most important thing was to make sure the testing team had a common view on the overall feeling we were getting with the car. If we changed one setting, we could all quickly tell whether we were heading in the right direction or we needed to retrace our steps.”

Although Sport Hybrid technology is not new to Honda, did the packaging of this technology with other new components such as the power unit and direct drive motor create any challenges amongst the NSX development? How did you and the team overcome them?

“For most vehicles, Honda development teams work with a standard process. It is always slightly modified depending on the vehicle, but it’s largely a familiar step by step progression. Because there were so many mechanical, aerodynamic and digital variables with NSX we moved to a much more iterative development path. We would first fix the hardware portions of the car and then tune the tyre, suspension, torque vectoring, body control and steering. Those settings would then be frozen while we conducted a deep evaluation. This process would be repeated, making a conical development process. As we moved forward, the changes we were making were less and less significant.” 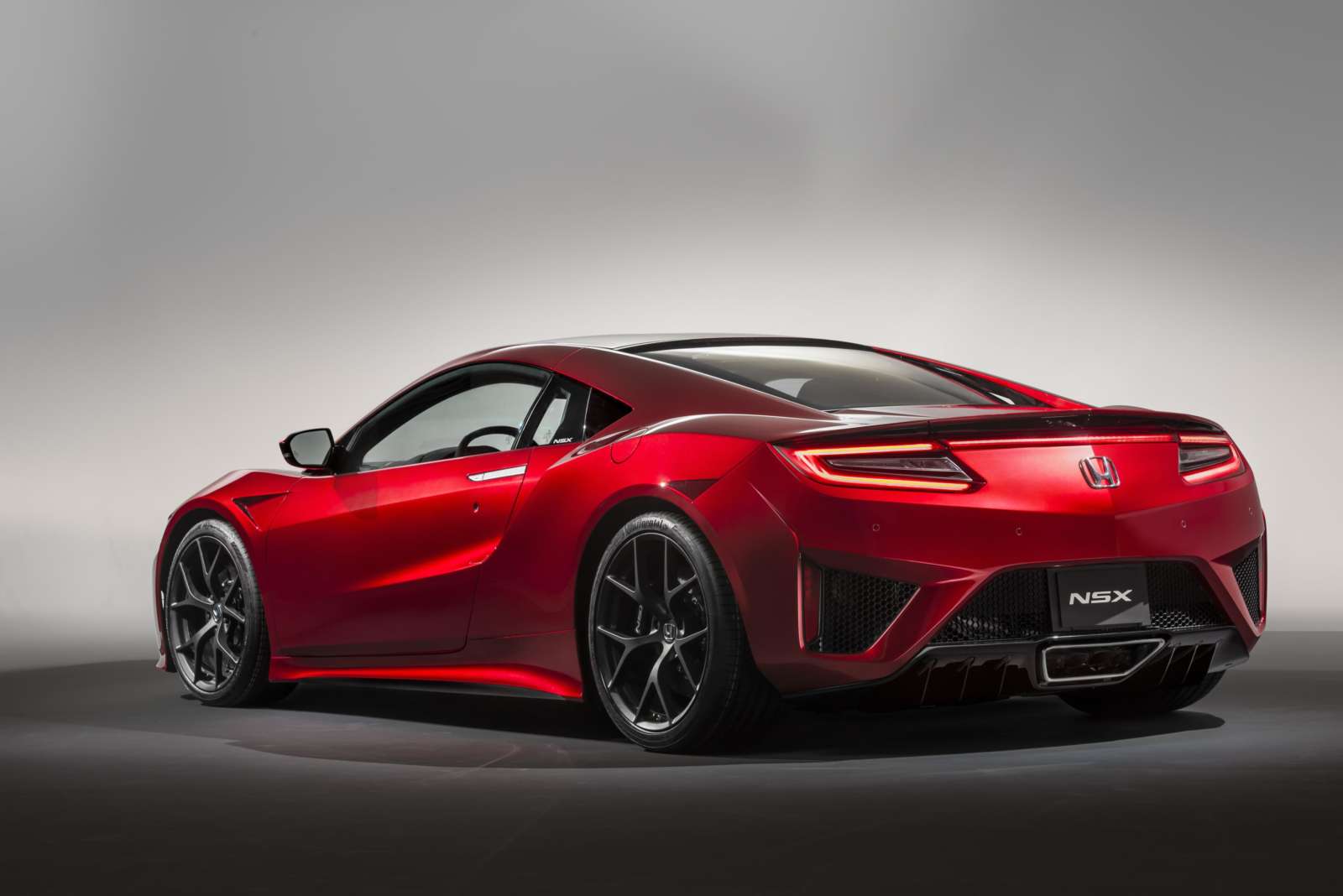 NSX has a wide range of aerodynamic features. What is the balance between mechanical and aerodynamic grip? What are the challenges of balancing the two?

“The grip derived from aerodynamic features was just as important as mechanical grip on this project. On previous vehicles I worked on, aerodynamic work focused primarily on maximising fuel efficiency rather than performance.

One example where aerodynamics have been used to great effect is the blister vents on the hood of the car – that feature was not part of the original design. When we started driving at high speed, we were having problems getting the air out of the front motor room quickly enough. But we worked closely with our exterior design team to ensure that the result was still harmonious with the total design.”

NSX is a mid-engined sports car. What are the dynamic challenges of this layout as compared to front or rear engined configurations? How did you and the team overcome them?

“Actually, we looked towards our motorcycle colleagues for thinking and inspiration here. For many years our motorcycle development teams have strived to ensure the optimum centralisation of mass, ensuring the lowest possible centre of gravity. This leads to the best possible yaw response.

Earlier I talked about mentioned that low speed agility feel that is central to a Honda sports car, and the mid-engined layout, really is central to that. But it does present its challenges. For example with our twin turbo unit and the battery pack being packaged between the cockpit and the rear axle, heat management was a challenge. We worked hard to ensure this issue was solved, and confirmed it with a lot of hot weather testing at tracks like Sebring, and long road drives in the U.A.E.. It may have resulted in some sweaty days in the cockpit and the odd bout of prickly heat, but we had to ensure the car is perfect for the driver.”

New NSX has already featured in racing series around the world and you’ve undertaken extensive testing at race tracks in US, Japan and Europe. What benefits has this testing regime given to you? How has it supported the dynamic development of the car?

“Motorsport runs through Honda’s veins. From the very start of the development, members of the engineering team were encouraged to venture into the world of motorsport to learn about the latest approaches to various areas, and then return to the vehicle development group to share their learning and see what could be applied.

In June, you took the Time Attack 2 class win at Pikes Peak International Hill Climb. How would you like to see NSX develop as a race car? What do you think will be its best application (track racing, hill climb)?

“For Pikes Peak itself, I feel the car has a lot of potential. The sport hybrid system and twin turbo engine brings benefits at altitude that other cars don’t have. The stability and control of the chassis were also an advantage. I could confidently push the car and still feel in full control. The best thing for me competing there was the reaction of the crowd and other competitors to this street car that could just turn up and go fastest. I hope it raises a lot of awareness of the benefits of the hybrid system.

On track, there’s a real opportunity for NSX once an appropriate race series allows hybrid systems to be used. But even now with the GT3 we’re seeing NSX on the race track, raising awareness for the brand and typifying what Honda is all about, sporty cars featuring innovative advanced technology.”