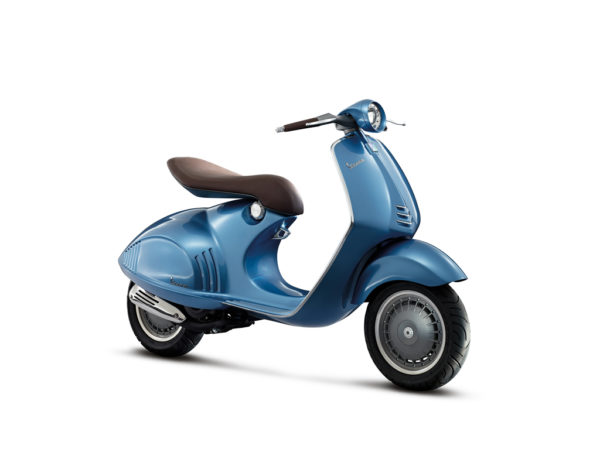 It has emerged that the Indian subsidiary of European auto maker Piaggio intends to soon launch another product in the Vespa line up of scooter. Coming our way is the new Vespa 946, which made its public debut at EICMA 2012.

The Vespa 946 has been named after the year 1946, the year scooter production commenced at Piaggio.

The Vespa 946 is a study in retro-futuristic scooter styling and comes with a unique floating seat and some really tasty bodywork. The Vespa 946 will go on sale with 2 engine options- a 125 cc single cyl and a 150 cc single cyl motor.

It is being reported that the Vespa 946 is currently undergoing road-worthiness and mileage tests at ARAI. This means that the scooter could be still a few months away from its India launch. We won’t be too surprised to see the 946 making its Indian debut at 2014 Auto Expo in Delhi.

Go to next page for Piaggio Vespa 946 Image gallery