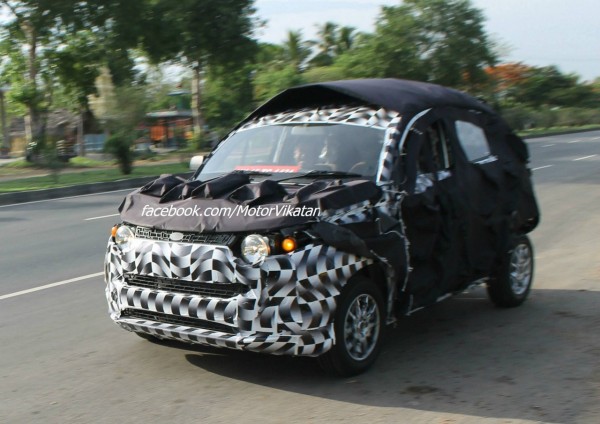 The Mahindra S101 has been spotted testing again and more details have emerged about the upcoming compact crossover.

The latest couple of batches of Mahindra S101 pictures (spy shots) reveal a fair bit about the upcoming compact crossover and bring to light some of the lesser known details of the car. 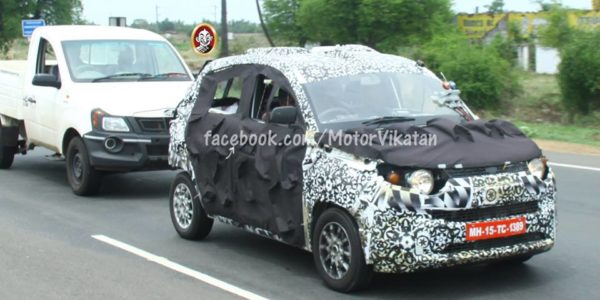 On careful observation of one of these pics, it can be made out that the S101 is towing the Mahindra Genio. While Mahindra S101 owners might never require to put to use the car’s towing capabilities, this pic seems to be of the S101’s towing-test. It is certainly not the first time that a car maker is conducting towing-tests for its all new vehicle.

We won’t be too surprised to see S101 being powered by a low capacity-high power petrol/diesel engine.

Thanks to the new set of pics, we can also catch a glimpse of S101’s bumper, headlights and interiors. 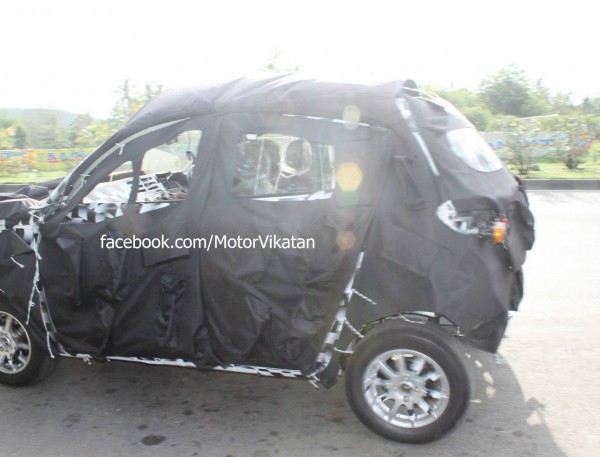 The Mahindra S101′s front bumper has a twin air dam layout and the front grill gets a honeycomb treatment. Not much could be learnt about the interiors but these spy pics did reveal that the car will come with a three-dial layout.

The S101 would be launched in the fast heating up compact crossover segment of Indian car market sometime in late 2014 and we there are good chances of the S101 bettering the already competitive price tag of the Ford EcoSport.

Go to next page for Mahindra S101 pictures gallery