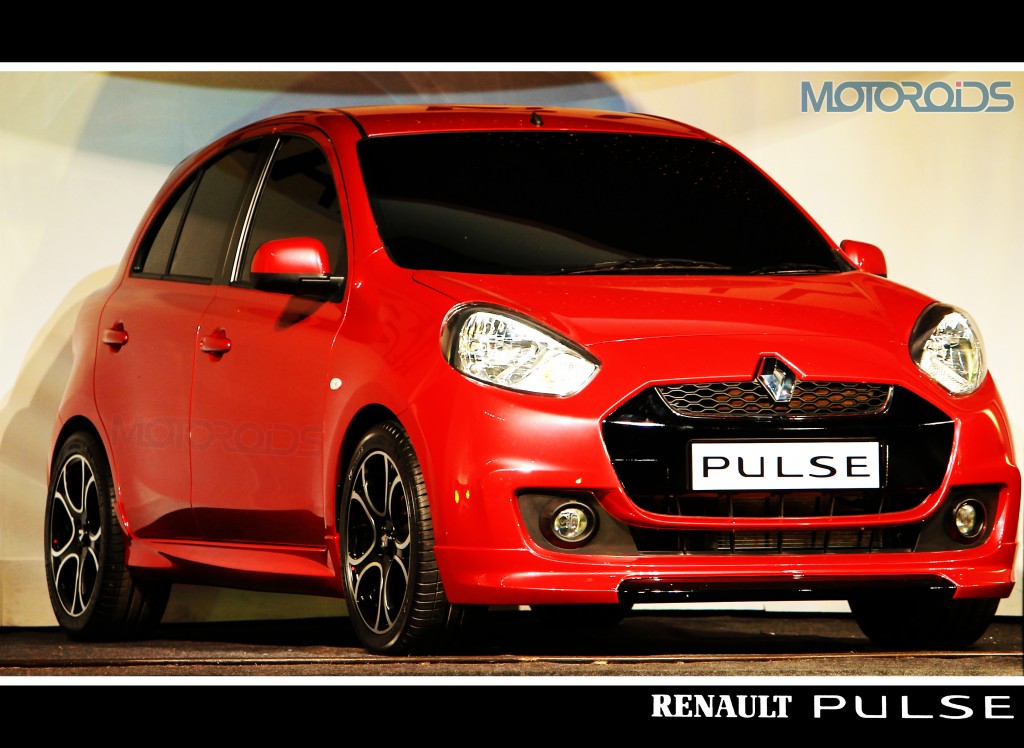 A few days ago, we had talked about Renault coming up with a B segment hatchback. Then we found that the said hatchback is christened as the ‘Pulse’ and we talked about it being almost a re-badged Nissan Micra. Now, we have a set of image of the upcoming offering from french car maker. Check them out!!

The car was unveiled in a shade of ‘Passion’ Red and the car, thanks to its entirely ‘Un-micra’ end, manages to look hot. The front end is now much sharper and bolder,  with its raised crisply styled lights,  a really large hexagonal grille and a typically European matt black center section. Similar treatment to grille is also found on almost all Renault cars. 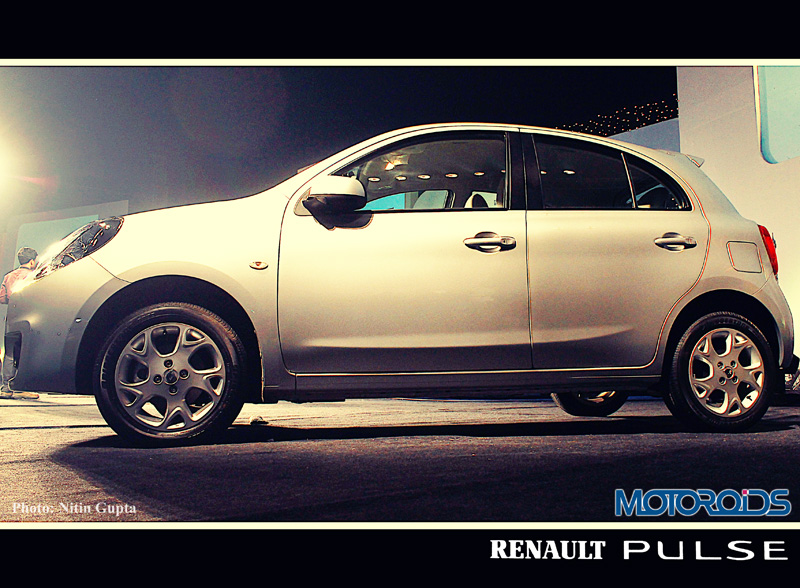 The side profile of the car is very similar to that of the Micra. The major difference is between the alloy wheels on offer on the two cars. The 5 spokes on alloys seem to evolve from the design language followed by ‘spider’ alloys. The wheels surely go with the revised front end. In a word, the wheels look sporty. The car gets the same wide rear doors from Micra and on the inside, expect similar legroom in the new Renault. 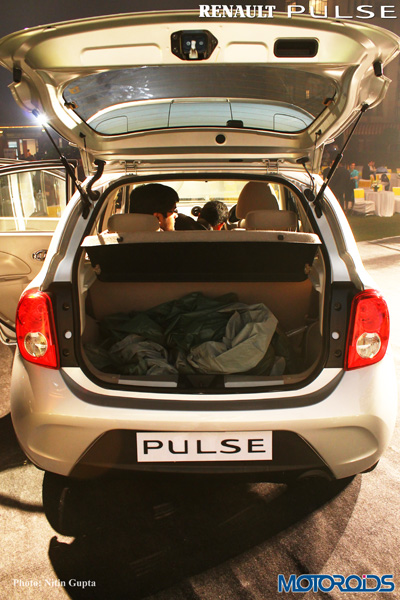 The rear is almost the same as Micra but with minor alterations to the bumper and a huge different in the tail lamp motif. Due to the hatch remaining unchanged, no difference in boot space exists between the Micra and the Pulse and one gets a similarly generous boot space. And with similar loading lip. 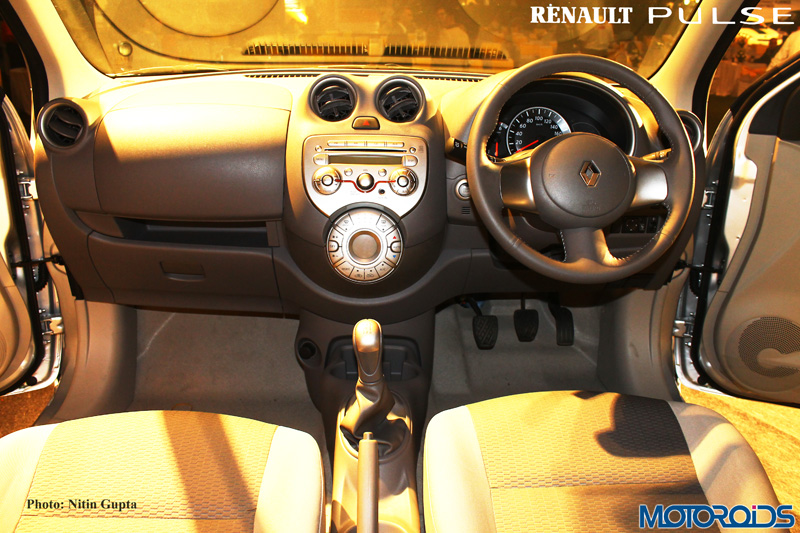 A big let down is the fact that the interiors of the Pulse turned out to be almost identical to those of the Micra and the similarity extends right down to colours and tones. 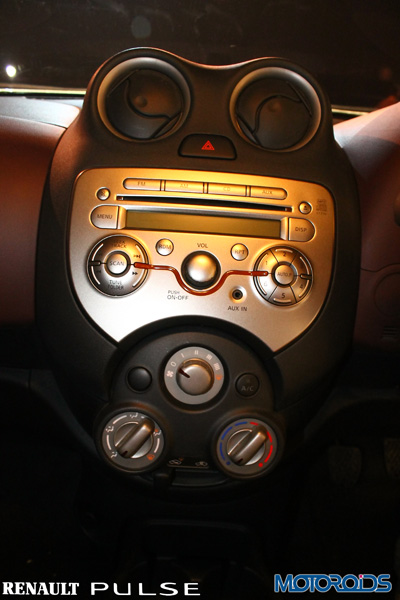 The center console that comes from the Micra appears to be smart and trendy. However, nothing ground breaking in interior department. An Opportunity lost Renault. 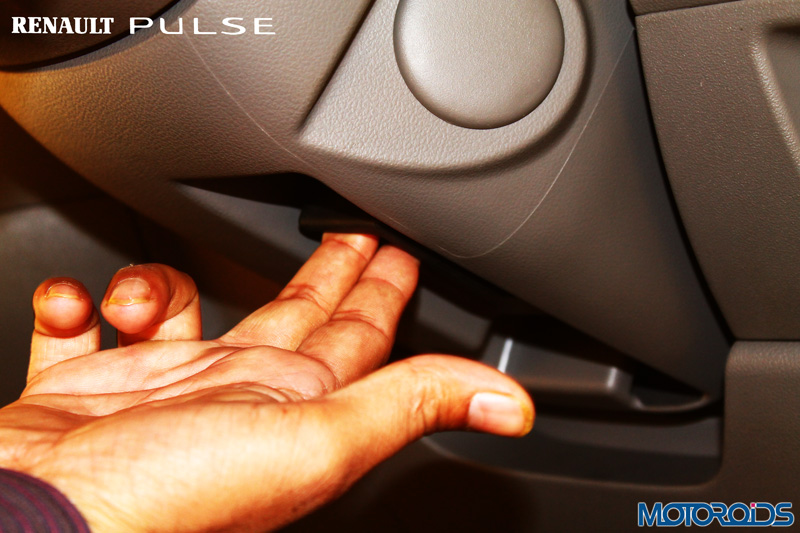 The car gets adjustable steering wheel that adds to driver’s convenience. 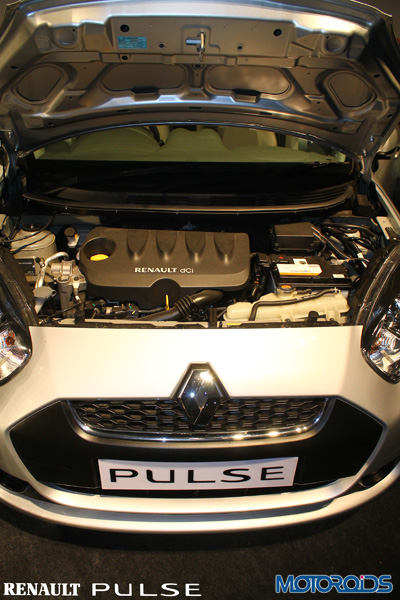 Pulse shares a lot with the Micra and the similarity doesn’t ends at the looks and interiors department. The Pulse gets the same V platform, same suspension, same set of drivetrain. These include a 1.2 three cylinder petrol and a 1.5 turbo oil burner. It may be noted that the 1.5 dci variant of Micra is already being termed as being priced on the higher side and Renault’s plans of pricing the Pulse at a slight premium over the Micra’s sticker price means that in all probability, Rapid too, will be termed as being over-priced. 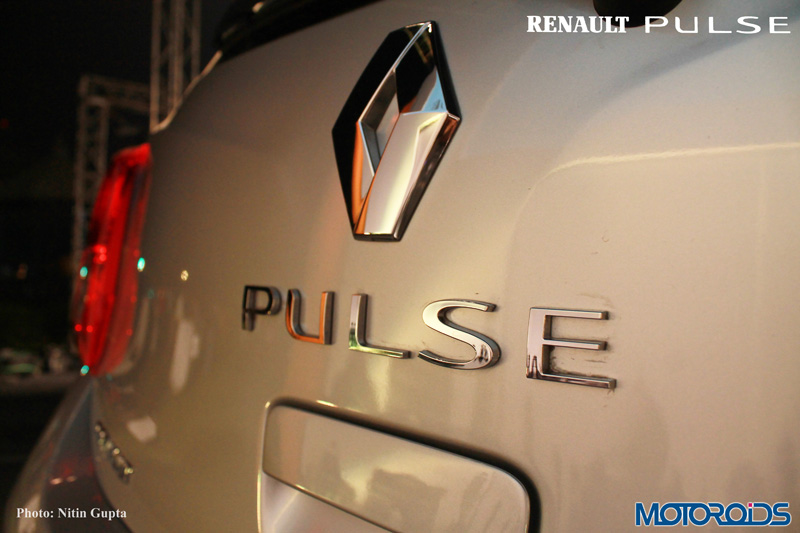 Pulse (codename: B58) will be the French auto maker’s third offering in six months and will follow the Fluence saloon and Koleos SUV. The Pulse will be produced at Renault-Nissan’s Chennai plant alongside the Micra. The prices were not revealed but we had earlier talked about the car being positioned at a price point somewhere between the Micra and the segment leader Swift. And as we said, Renault did mention about pricing their Pulse at a slight premium over the Nissan Micra. Renault has planned to offer 2+2 year warranty on the Pulse. It will be interesting to see how well the European hatchback battles it out with the Japs and if it eats into sales of Micra.