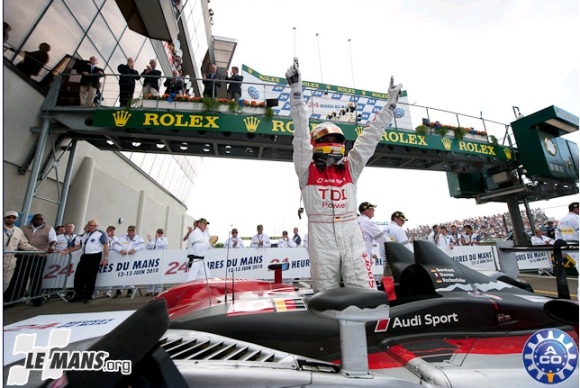 Audi has won this year’s Le Mans 24 Hours with an astounding 1-2-3 finish. The other strong contender, Peugeot looked strong initially, and till half the race got over. However, there were reliability issues with the French cars and each one of them broke down before the end of the race, handing over victory to the German carmaker. The Peugeot 908s were very fast, but fared woefully in terms of robustness and let the Audi R15s which were struggling for the entire week to keep pace with their French counterparts.
The car driven by the trio of Romain Dumas, Timo Bernhard and Mike Rockenfeller won the top spot on the podium as the three drivers got their only Le Mans victory. The three drivers have come together for the time. The car of Andre Lotterer, Marcel Fassler and Benoit Treluyer finished in second place.
Allan McNish, Tom Kristensen and Dindo Capello’s car which was considered as a favourite met with an accident which gathered some controversy as well. Recovering from the incident took the car time and it managed to finish only in the third place.