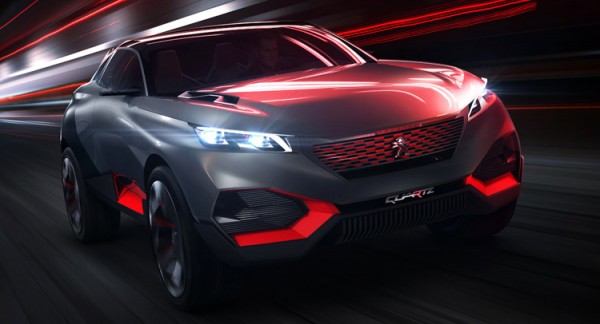 The Peugeot Quartz Hybrid Crossover Concept is scheduled for a Paris Auto Show reveal next month. Based on the the EMP2 platform that underpins the new 308, the Quartz is a sporty crossover that combines the body of an SUV with the cabin of a saloon and is touted to preview the next generation SUV from the French car-maker, possibly a 3008 replacement. 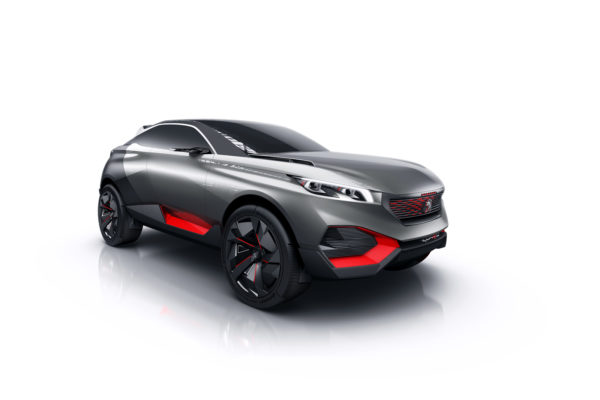 The bodywork of the Quartz is rife with eye catching surfacing, which range from edgy to swooping. The powerful stance and the coup-like profile is accentuated by the humongous 23 inch wheels. The headlights and taillights are all LED, while the rear has a couple of spoilers flanking each other, neatly integrated with the glass roof. The Quartz is splashed with two contrasting colors: mineral grey at the front and matt black for the rear wings, sprinkled with red highlights around the front air intakes and on the sides. 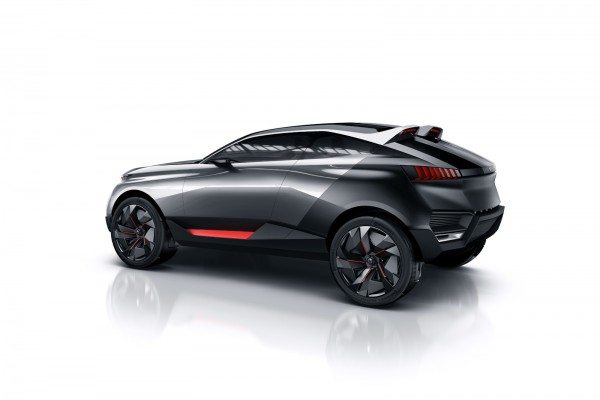 The Quartz is built on a composite structure with bonded panels that save weight and increasing stiffness- letting Peugeot to go for a cleaner, pillar less glasshouse sporting a pair of cool scissor doors. A retractable step on the sides allows for easier ingress into the cabin which features a center console made from basalt, a strong but light material formed when magma is quickly cooled! The innards also feature the first-ever vehicle to employ digitally woven textile- woven with polyester fiber from recycled plastic water bottles. Then there’s the i-Cockpit, which keeps all controls at the driver’s fingertips on the compact steering wheel inspired by race-spec models. 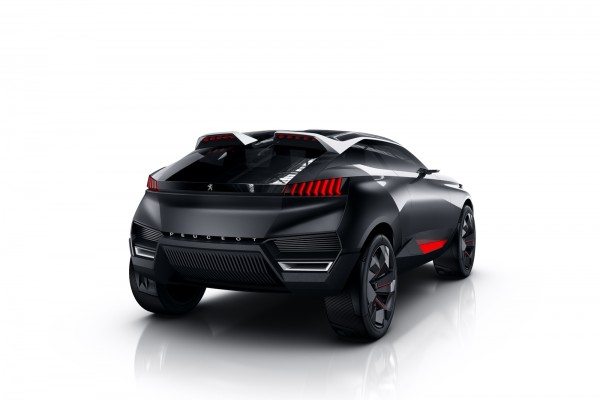 The Peugeot Quartz features a plug-in hybrid drivetrain combining a petrol engine with two electric motors. Internal combustion derived power comes from a 1.6-liter THP 270 engine developed by Peugeot Sport, which is mated to a six-speed automatic transmission. The front axle is also driven by an 85kW (114hp) electric motor, with another 85kW motor driving the rear wheels, resulting in a combined system output is 500PS (493hp). 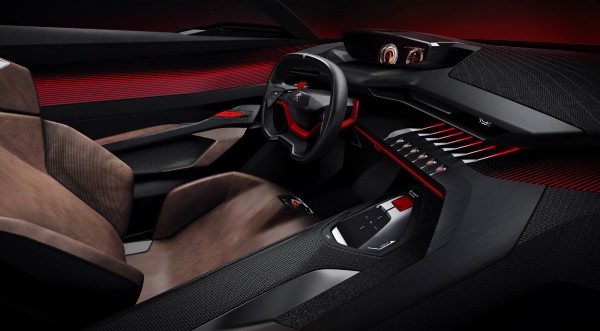 Head to the gallery below for more images of the Peugeot Quartz Hybrid Crossover Concept: