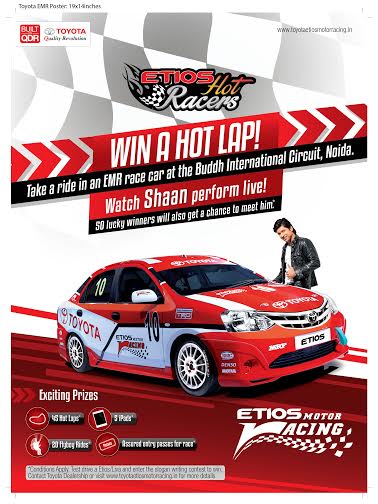 After the successful completion of the first round of the Etios Motor Racing (EMR) Trophy in July 2014, Toyota Kirloskar Motor today announced its return to the race circuit with the second round of EMR Trophy to be held on 27th& 28th of September at the Buddh International Circuit, Greater Noida.

This season’s EMR Championship trophy which will be run along the National Racing Championship 2014, and will see 15 participants slog it out at India’s premier racing circuit. Keeping up the tempo of racing will be a LIVE performance by one of India’s most popular playback-singers, Shaan. Racing enthusiasts can also join the fervor by entering “The EMR Slogan Writing Contest” at Toyota dealerships and win exciting prices such iPads as well as sit in the Etios race car and get a feel of the race through Hot Laps at the BIC, Gr. Noida. 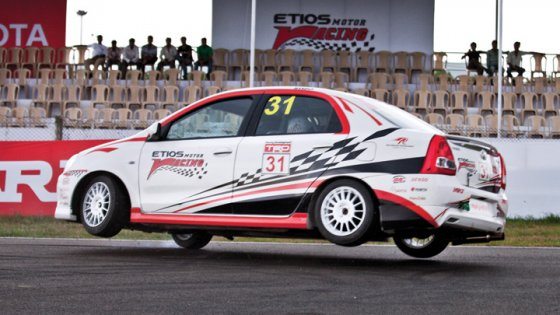