Home News Petrol prices to be lowered this weekend 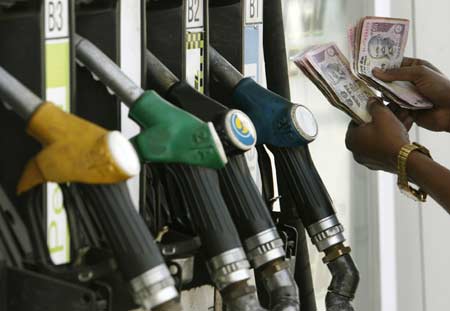 As prices of crude oil in the international market have eased, Petrol might become cheaper by 50-60 paise this weekend. State run oil marketing firms are reluctant to pass this benefit to the customers, citing ongoing political crisis in Iraq as the reason to keep a pricing buffer.

Government officials and people from the industry said there is a possibility of petrol becoming cheaper this weekend as Global crude oil prices have fallen by a good dollar and a half. The final call however will be taken by the state refiners. Iraq being one of the major suppliers of crude oil to India, Oil refiners in the country are worried due to the unrest there, as they expect an increase in price due to the crisis which may disrupt supplies.

Petrol prices in our country are decided by the state run oil companies since June 2010, who review it every fortnight according to prices in the global market. Diesel still enjoys to attract subsidies from the government, the reason for it’s lower price compared to petrol. The prices of Diesel though have been rising by almost 50 paise every month, after the last government decided to gradually reduce the subsidies it provides on diesel fuel. So while some of us get nostalgic in the bar, when we remember how our dad’s used to buy diesel for Rs 7 and petrol for Rs 20 a liter, going by historical data, those days aren’t coming back.