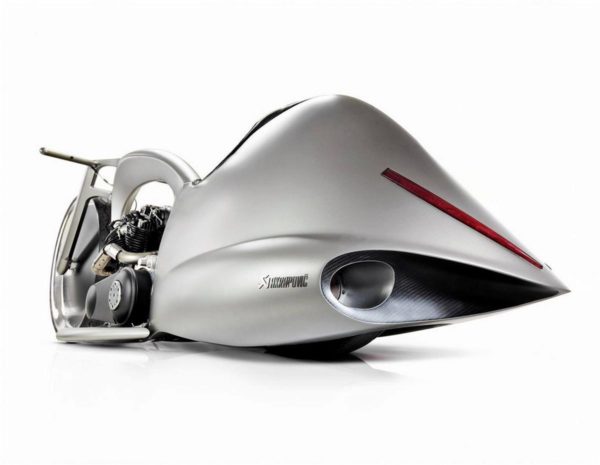 Slovenian exhaust manufacturer Akrapovic presented their radical new creation- the Akrapovic New Full Moon Custom Show Bike on the second day of the Custom Bike Show at Bad Salzuflen. Claimed to be a secret project that took over 800 hours of hard work to build- the motorcycle was created to coincide with the full moon. 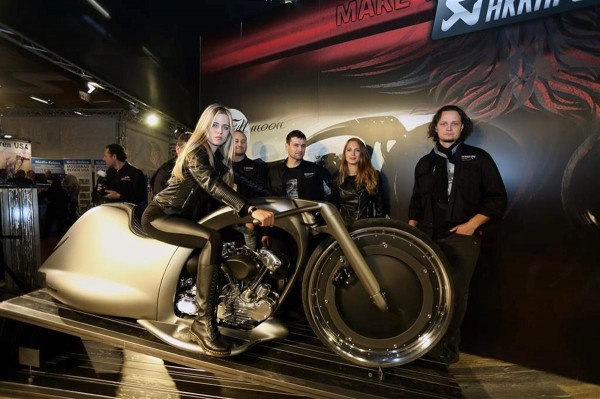 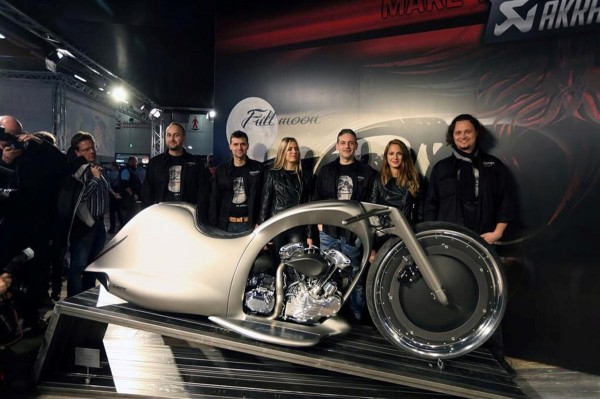 Featuring a 30 inch front wheel mounted with massive perimeter disc brakes, the rest of the body has been structured as an integral part of the Akrapovic exhaust system. Rather the bulgy rear half of the motorcycle crafted in sheet metal could be well termed as an exhaust itself with two barrels neatly accommodated on either sides of the pointy tail. 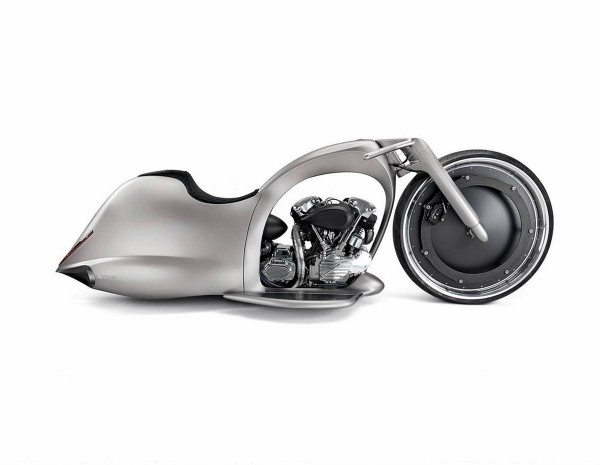 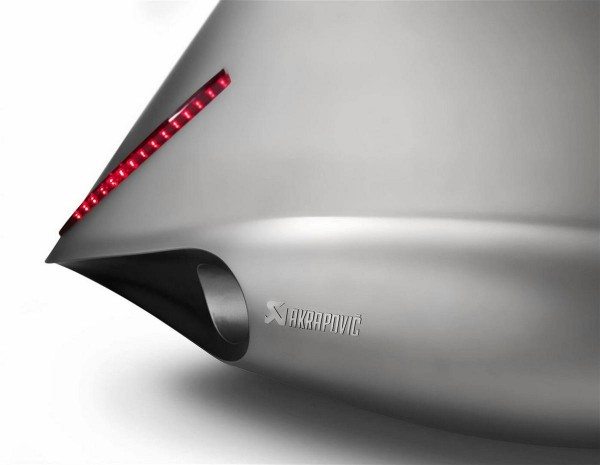 At the heart of the Akrapovic New Full Moon Custom Motorcycle is 1524cc S & S Knucklehead engine- which looks dwarfed by the imposing rear half design. Though we don’t find a headlight on the motorcycle and not sure if it would ever roll on the streets, the Akrapovic New Full Moon features two 15 LED strip tail lights aimed purely at aesthetics. The footboards come embedded with Full Moon emblems that are sure to go grinding at minimal of lean angles. 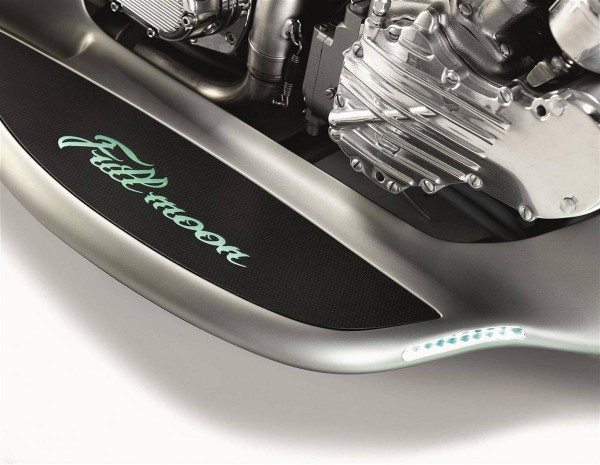 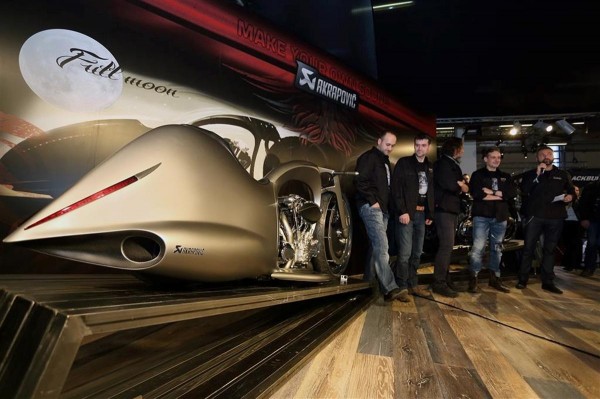 But overall, the motorcycle looks striking, doesn’t it?