Home Features OP Ed: Why the Fiat Punto Evo is the hottest hatchback in India today

Well, in India, a hot hatchback isn’t your asphalt scraping, 290hp Golf R with genuine carbon fiber bits and pieces. What we have here are asthma patients calling themselves Usain Bolt. A spoiler here, a skirt there, along with the mandatory racy graphics is supposedly enough to validate their performance credentials. The circumstances are such, but there are still a handful of decently performing hatchbacks in the country that will titillate just a tiny bit of the desperate Indian enthusiast. 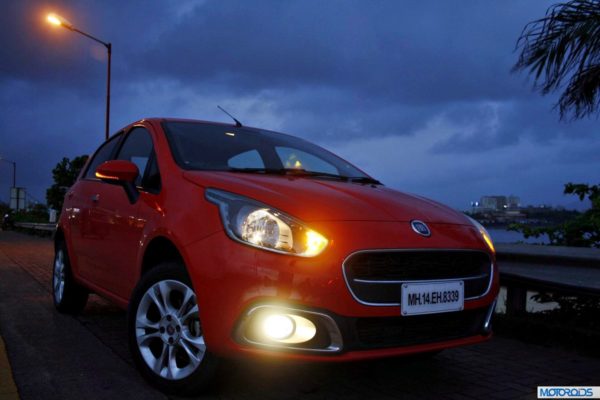 The Fiat Punto Evo promises to clear up the mess that Fiat India had been swarming in- the poor boys from Italy were just all over the place. They say a lot of valuable customer feedback has gone into making the new Punto Evo a better-rounded machine- and it works!  The Punto’s character is all about winning hearts. It ain’t here to start a sales storm, and more than anyone else, Fiat India knows it.

From Italy, with snob 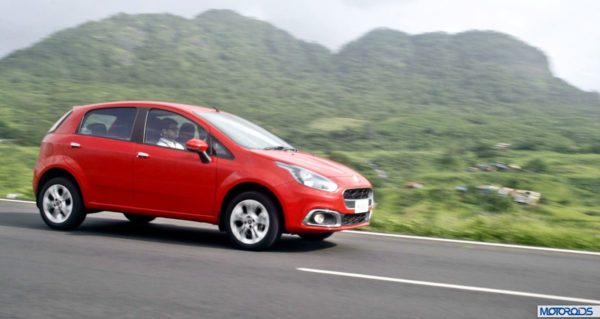 I mean seriously, why would anybody even care about the mundane Marutis that have contributed majorly to the untimely demise  of many a car enthusiast? The Punto Evo looks searing hot amidst other Indian fare, especially with the new color palette.  Those authentic Italian curves can easily make the likes of the measured Polo and the oddball Swift break into cold sweat, while those Italian lips kiss them goodbye. The extra dollops of chrome on the Evo might not strike a chord with some, but we love it. If the Polo goes around in a well tailored suit, the Punto has swag! 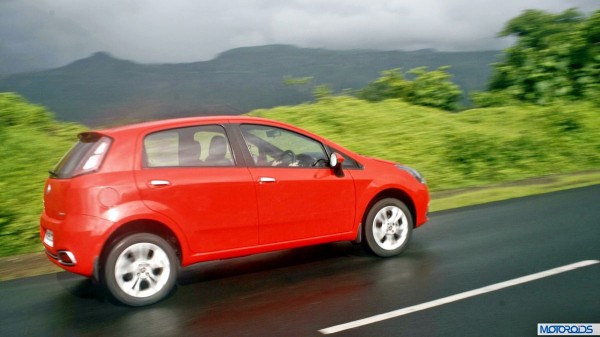 The 90HP diesel version is the most powerful in its class, at least on paper. The petrol variants are a bunch of wheezing calamities which is a bit of a let down.  The trusty diesel offers good performance across its rev band.  In fact, after the premature demise of the Volkswagen Polo GT TDi and TSi variants, the Punto Evo appears to be the clear winner. However, the freshly launched ones stole the game somewhat, and so did the Avventura (read review here). 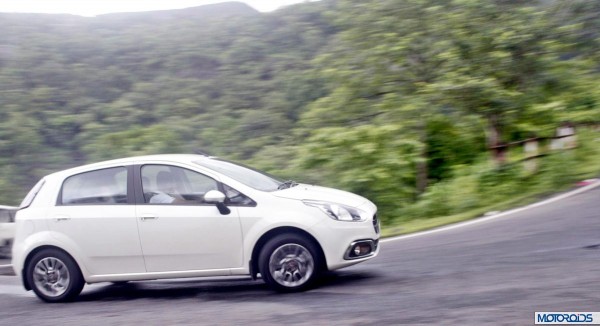 Puntos have always been dynamically sorted. The steering offers valuable feedback while the suspension is well composed and allows generous amounts of spirited driving making the Punto Evo fun around corners, enough to keep that enthusiasts’ grin plastered for a long time.

At the moment, the Punto Evo’s the most obvious enthusiasts’ choice- no two ways about it. The performance, dynamics and looks all come together and hit the sweet spot. Folks with an enthusiastic bent of mind look no further- the Punto Evo is the undisputed hot hatchback in the country today. Italian flair always wins hearts.

I can totally understand if you don’t concur with me here. It’s an opinion, and I have a right to it. Do let me know if you disagree, though, and I would be happy to put forth a stronger argument. Bouquets, brickbats – bring them all on!