Home Features One in three young Brits takes a ‘Selfie’ while driving: Ford 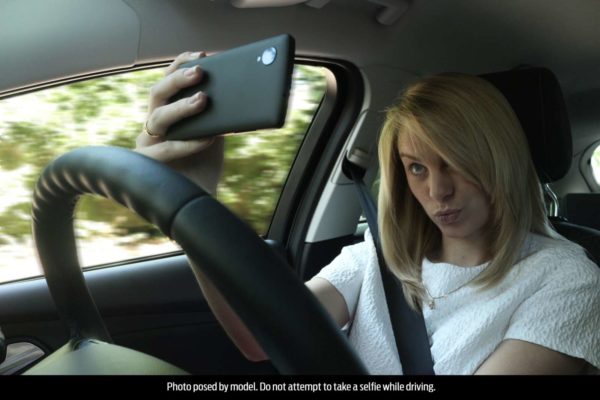 The situation gets worse as the survey of 7,000 smartphone users aged 18-24 from across Europe also revealed that one in four people had used social media sites behind the wheel. According to the company, a ‘selfie’ at the wheel could distract a driver for 14sec while checking social media distracts for as much as 20sec. At speeds of 60mph it is possible to travel the length of five football pitches in the above mentioned time. 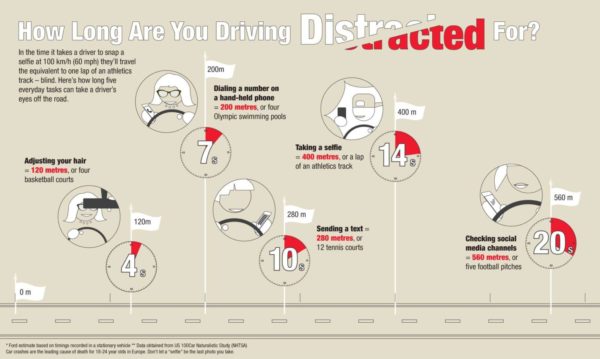 Last year, Ford introduced to Europe, the Ford Driving Skills for Life programme, to provide hands-on training to more than 5,000 18-24-year-olds and online training for thousands more. The company is now expanding its free Ford Driving Skills for Life programme across the UK. The updated training programme will highlight the dangers of taking a “selfie” and other smartphone and social media activities behind the wheel.

Ford Driving Skills for Life was launched in the US 10 years ago and has provided hands-on training to more than 100,000 young drivers around the world. So far in Europe, the programme has been rolled out in the UK, Germany, France, Romania, Italy, Spain and Belgium.

Ford may not have such service for us in India but we can learn from other people’s mistakes. We may not live to learn from our own experience.

By the way, did you ever take a ‘Selfie’ while driving or riding? We hope not. Share your opinions about using mobile phones while driving/riding through comments below.