Rear ending a vehicle in front of you is completely a sign of a bad driver. Sufficient distance should be maintained between your and the vehicle ahead in order to stop in time considering the speed at which you are travelling. But the driver of this Ferrari California ignored this and paid a heavy price ! 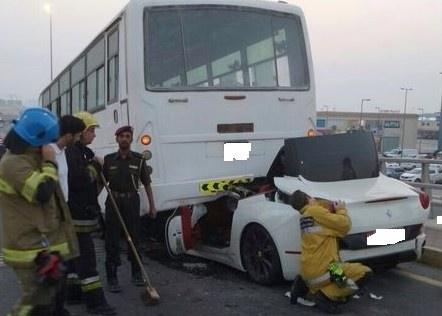 The driver of this Italian beauty was in his 20’s and was doing speeds in excess of 100 kmph when he lost control and crashed into the bus. The incident took place on the Al Rawdha bridge on Sheikh Zayed Road in Ajman, UAE. The driver also hit four other vehicles before rear-ending this bus which was carrying around 50 workers. 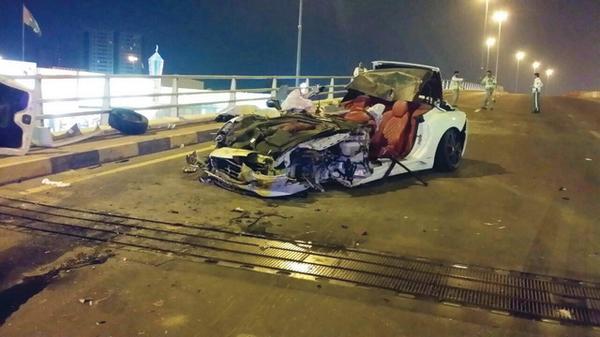 Despite a crash at such a high speed, the driver is lucky to survive seeing the state of the vehicle. He has been transported to the hospital together with a man from one of the four cars crashed. According to the police, both of them will recover even though the impact was very powerful. Even a spokesman of the Ajam Police said “we couldn’t believe that the driver survived.”