Home Bugatti Official: New Bugatti to be launched in 2016 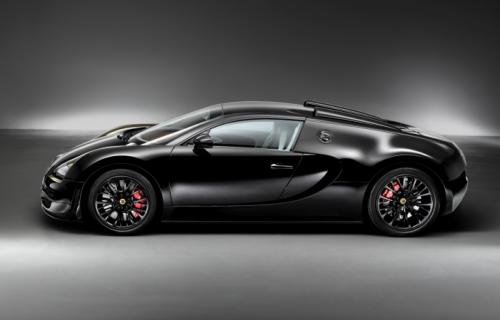 And it’s official! The Bugatti Veyron successor will hit the tarmac in 2016. Automotive website and part of BBC, Top Gear, reported that it has received official confirmation from Volkswagen’s design head, Walter de Silva that the new Bugatti will roll off the production either in late 2015 or early 2016.

As we reported earlier this month, the new Bugatti is rumoured to be a plug-in hybrid. What’s interesting is that despite the hybrid badge, the Veyron successor is likely to produce 1,500 horsepower from the 16-cylinder engine which is way beyond the 1,200 horsepower of the current model. The Veyron successor is also likely to surpass the current car’s top speed of 268 mph as well as the 270 mph rating of the Hennessey Venom GT.

The current Bugatti Veyron Super Sport (Coupe) and Grand Sport (Roadster) are powered by an 8-litre W-16 quad-turbocharged engine that produces 1,200 horsepower. Power is mated to the wheels via a 7-speed DSG sequential transmission.

The Veyron successor will be an exclusive car and will be made in limited numbers.

(Note: Images of Bugatti Veyron are for representation only)