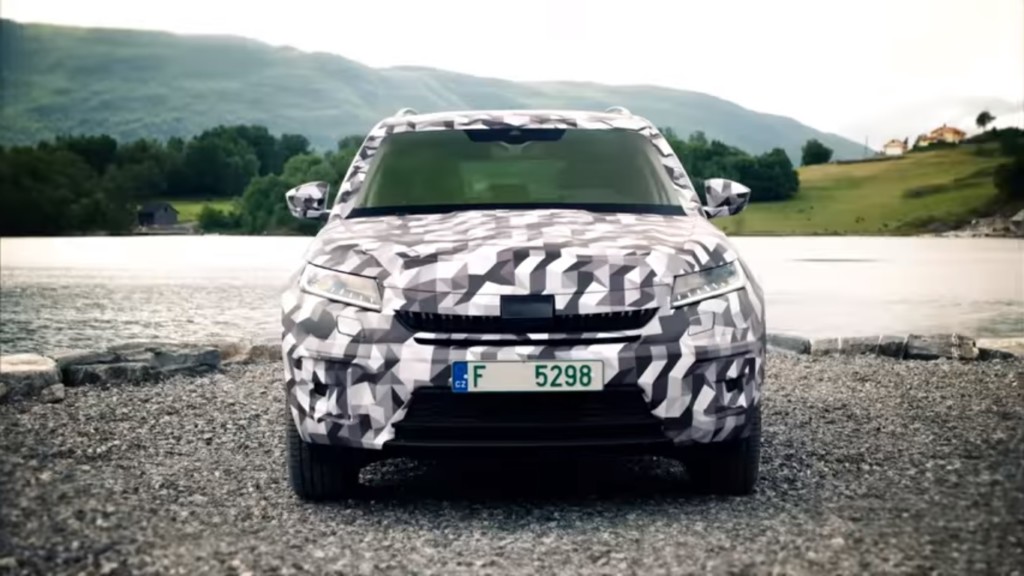 Ahead of its world premiere on 1 September in Berlin, ŠKODA has revealed images of the Kodiaq, its new, large SUV model. The Kodiaq’s appearance shows how ŠKODA will transfer the brand’s new design language into the SUV segment. 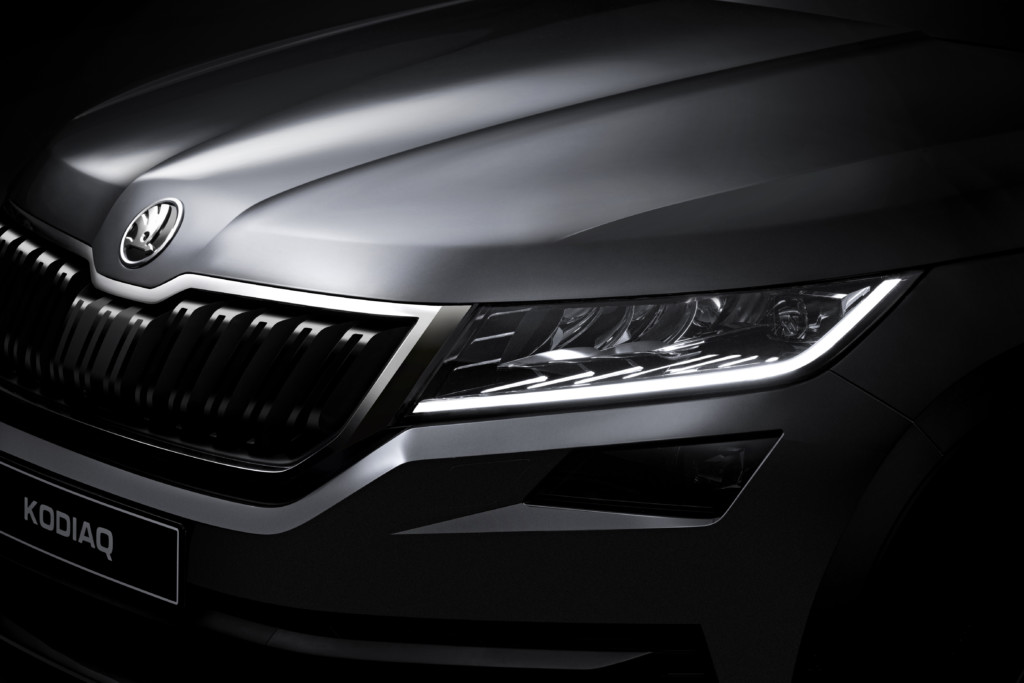 The Kodiaq’s front fascia is characterised by the wide, three-dimensional radiator grille, and the narrow, raked headlights, which are available with full-LED technology for the first time. The taut surfacing and crisp lines from the front are carried over to the sides, and ultimately to the rear, which features a sculpted tail gate, along with trademark ŠKODA C-shaped tail lamps that come with LED technology as standard.

As for space, the Kodiaq’s boot boasts of a capacity of 720 to 2,065 litres (with the rear seats folded down), and is said to offer the largest boot within its class. For first time ever, ŠKODA will offer a seven seat option. Using the position of the seats and angle adjustment, the interiors of the Kodiaq can be adapted to offer a wide range of seating and loading solutions, says the Czech manufacturer. With the front passenger seat down, the 4.7-metre long car can transport items up to 2.9 metres long. 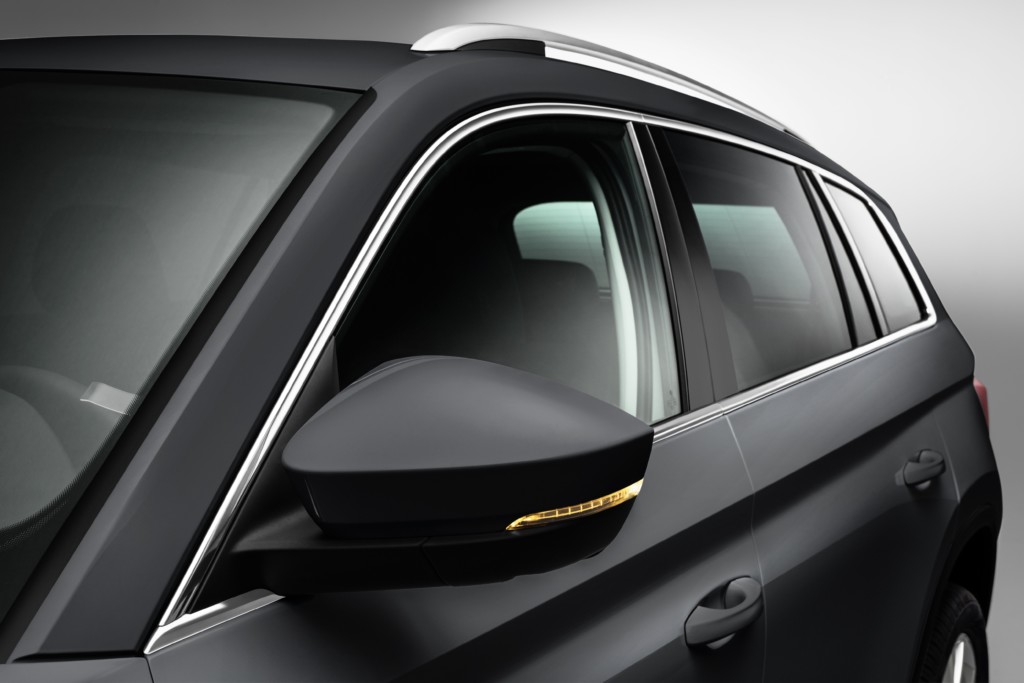 When the Kodiaq launches at the beginning of 2017, it will be available in a choice of five engines: two TDIs and three TSIs. The most powerful petrol engine, the 2.0-litre TSI will have a power output of 180 PS. A range of transmission options will be available – six-speed manual gearbox, DSG transmission, front-wheel drive and all-wheel drive. The car also features Driving Mode Select and Dynamic Chassis Control (DCC). Using these, operation of the steering, accelerator, DSG transmission and suspension can be configured in multiple modes, that also includes an off-road mode.

Driver assistance systems on the Kodiaq include Area View, Tow Assist and  Manoeuvre Assist (details in the link above). The Kodiaq’s infotainment systems are derived from Volkswagen Group’s second-generation Modular Infotainment Matrix. Offering numerous functions and interfaces, all will come equipped with capacitive touchscreens. The SmartLink platform, with Apple CarPlay, Android Auto, MirrorLinkTM and SmartGate, is optional for the entry-level Swing infotainment system but a standard feature for the top-of-the-range Columbus and Amundsen systems. 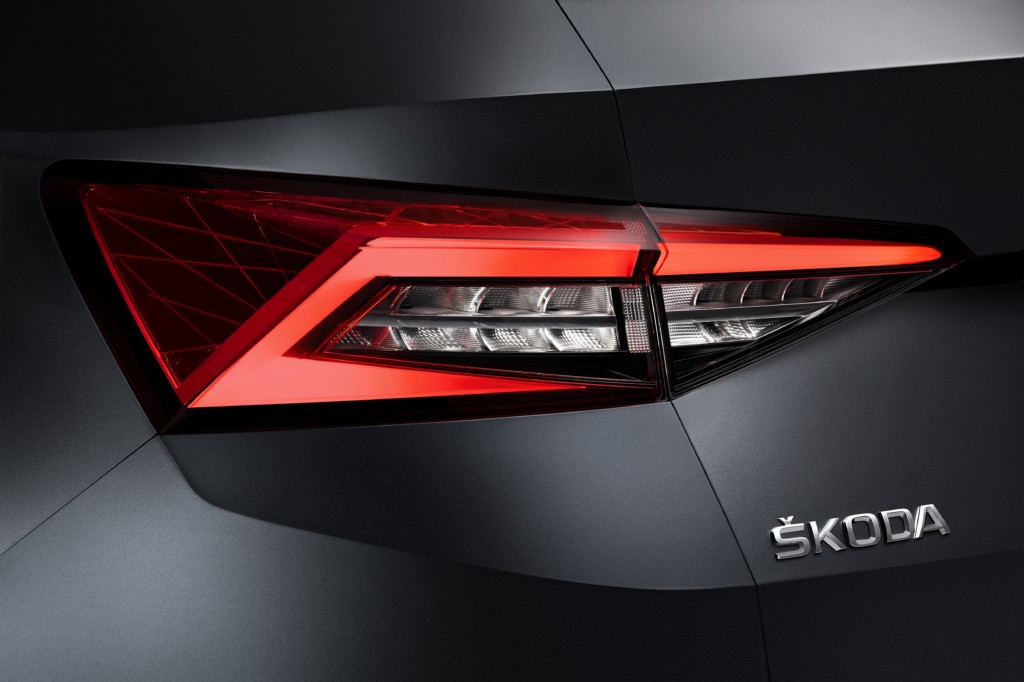 The Kodiaq will also feature ŠKODA Connect mobile online services that are divided into two categories: the Infotainment Online services ensure more information and navigation in real time, and the Care Connect services provide remote access as well as assistance. The centrepiece of the Care Connect services is the emergency call following an accident: if an airbag is activated, a so-called Emergency Call (e-Call) automatically connects to an emergency call centre.

The Kodiaq is expected to go on sale in India sometime in 2017.