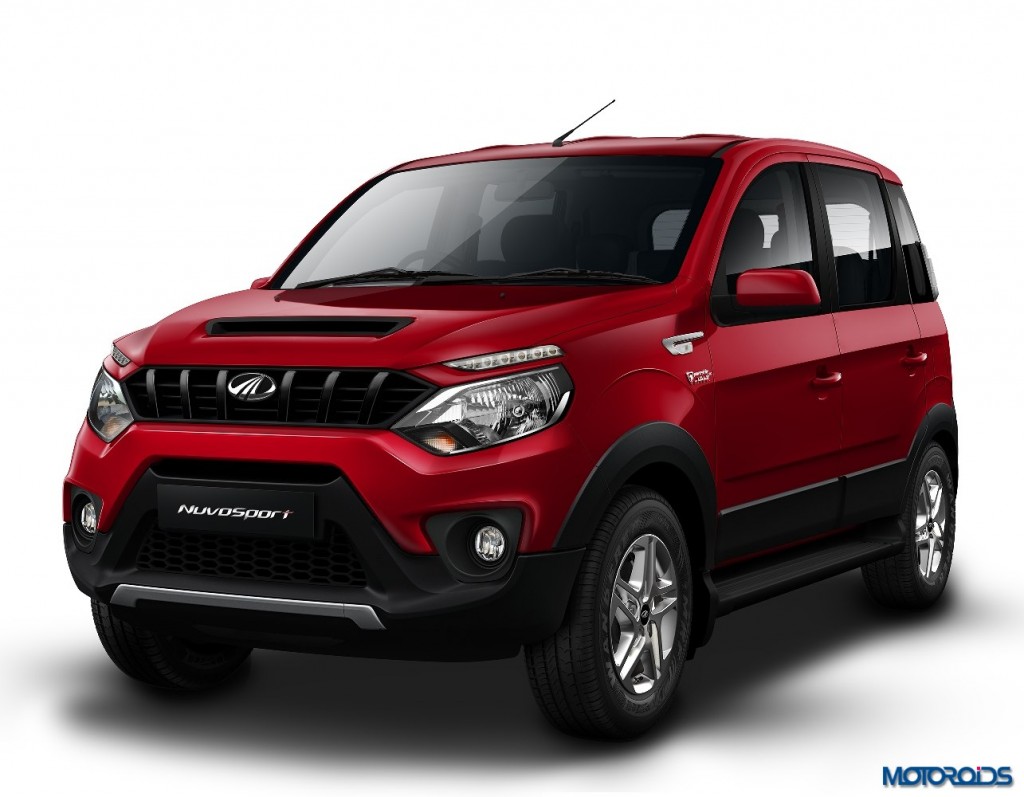 In an official statement, Mahindra have made public the name of the Quanto facelift as the NuvoSport. Projected as a ‘do it all SUV’ this time around, the NuvoSport will be launched on the 4th of April 2016. Mahindra is positioning the sub-4 meter Nuvosport as “a versatile SUV with sporty and aggressive styling”. The company also released the official images of the new SUV as a part of the official communication.

The NuvoSport is said to be based on the same new generation platform as the Scorpio. Unlike the relatively sedate and utilitarian image of the Quanto, the NuvoSport is projected as “an SUV with bold and aggressive styling” by Mahindra. Going by the official release, ‘the NuvoSport derives its name from its sporty styling and its innate ability to enable an active lifestyle”. Targeted at young audience who lead an active, outdoorsy lifestyle, the Nuvosport will target those looking for a budget SUV without compromising (much) on the image.

The NuvoSport has incorporated several changes to appear more stylish and contemporary than the Quanto. The new SUV has grown a substantial amount of muscle mass and now features a prominent air intake on the bonnet. The headlights have been completely restyled are now more angular, slimmer and have a pair of DRLs above as separate units. The radiator grille has been revamped too, is slimmer, more angular and  finished in black. The bumper has been totally overhauled, and now the overall effect is that of a split grill with the body coloured plastic bumper splitting the grille horizontally in two parts, lower part being a plastic undercladding and featuring honeycomb mesh, giving the vehicle a rugged look. A horizontal satin silver insert and circular fog lamps round things up at the front. 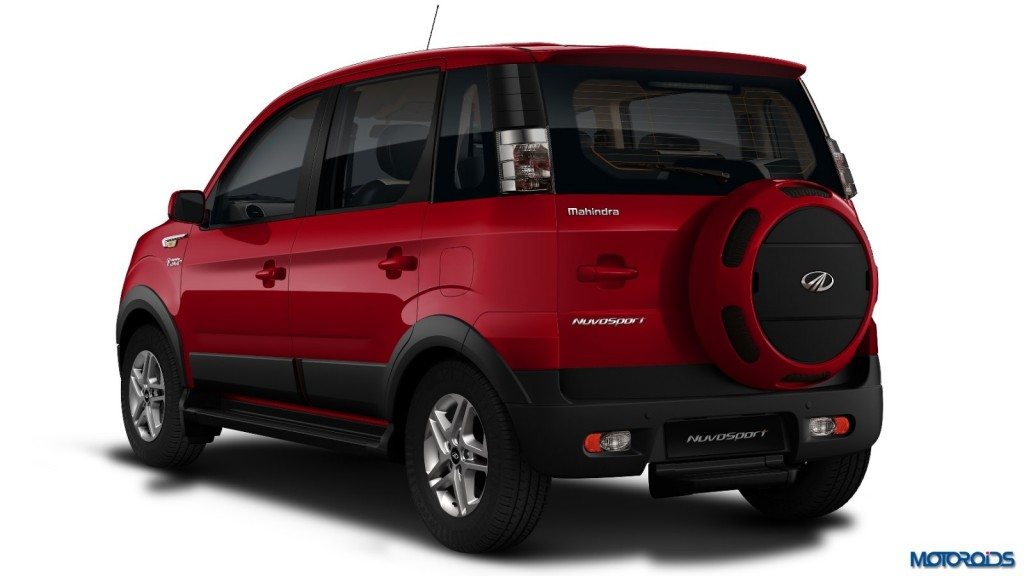 On the sides, the panels get a new straight crease at the lower portion of the doors along with a new appliqué and mHawk engine badging on the front fender. One can see a new set of door mouldings, alloys are new as well, and look more stylish than on the previous version.

At the rear, the spare wheel cover is now painted in body colour, the lower portion of the tail gate and the lower part of the bumper gets a black plastic cladding, again, for that outdoorsy appeal. The design of the tail lamps looks similar to the Quanto, though Mahindra have chosen chrome treatment this time as opposed to the traditional red and orange on the Quanto.

Inside the cabin, the Nuvosport will get overhauled interiors and an AMT option as well. The KUV100’s 1.2 litre petrol mFalcon engine is expected to be offered here too. The Nuvosport will continue to offer seven seats, with two jump seats at the back. The dashboard is expected to get a major overhaul, while range topping N8/C8 variants will get first-in-class features like cruise control, eight-way adjustable seats with lumbar support and a double-DIN touchscreen infotainment system. Diesel power will be provided by the 1.5-litre three pot mHawk engine. The price for the Nuvosport may range between INR 5.5-lakh – 8.5-lakh.

Speaking on the brand name and images reveal, Pravin Shah, President & Chief Executive, (Automotive), M&M Ltd. said, “Today, Mahindra enjoys the strongest equity in the SUV segment in India. Being a customer centric organization we identified a need gap in the market and designed the NuvoSport to meet the needs of those customers who lead an active lifestyle and are looking for  a sporty and fun to drive SUV. I am sure that with the addition of the NuvoSport, we will further consolidate our leadership in the SUV segment and effectively address the entire gamut of customer segments across price points ranging all the way from 4.5 lacs to 25 lacs.”