India Kawasaki has launched the Ninja 650 KRT Edition in India with a price tag of INR 5.49 lakh (ex-showroom, pan India). The KRT (Kawasaki Racing Team) Special Edition gets KRT inspired colour and graphics package. This version is available on select Kawasaki street models. While the specs and performance of the motorcycle remains the same as the stock variant, this version is meant for Kawasaki fans who want to make their motorcycles relate to the brand’s long legacy of motorcycle racing, and wish to flaunt it visually. Customers and all those who are interested in getting a feel of the Ninja 650 KRT edition, can visit nearest Kawasaki dealership from mid-November onwards.

The Ninja 650 has been a successful model for India Kawasaki with a good blend of power, sportiness, comfort, good price and practicality in a fully faired format. The new 2017 Kawasaki Ninja was recently introduced with a lot of changes over its predecessor. For the 2017 version Kawasaki Ninja 650 features an updated 649cc parallel twin, liquid-cooled engine tuned to deliver 68PS of power @ 8000rpm and 65.7Nm of torque @ 6500 rotations and comes mated to a six-speed transmission. 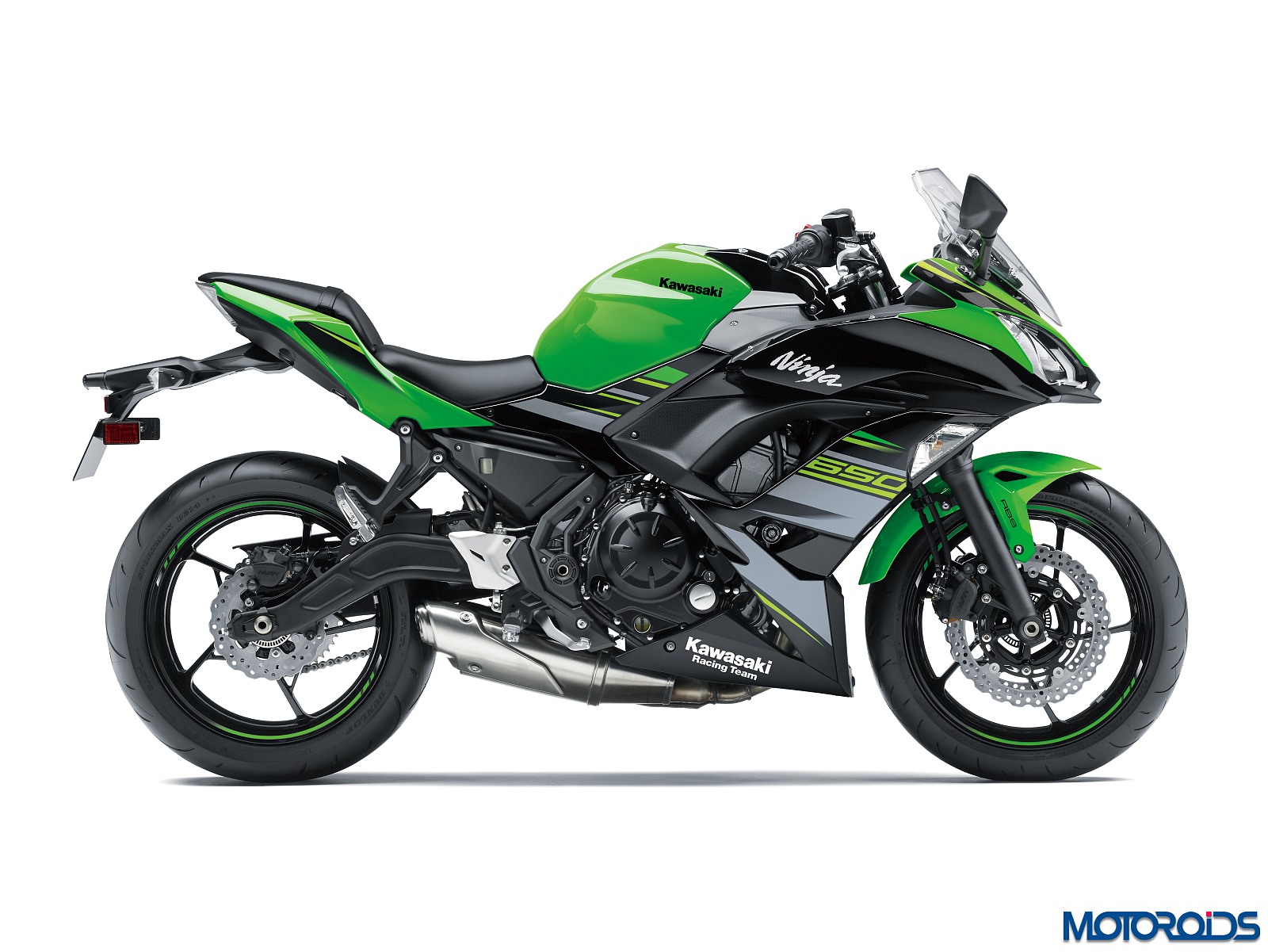 The power has come down from the previous model’s 72.1PS, although the torque has gone up from older generation’s 64Nm figure. The motorcycle has shed 18 kilograms of weight and now has a better power-to-weight ratio. The engine also gets a new assisted and slipper clutch for a lighter clutch and reduced wheel hop during aggressive downshifts. The marginal loss on power and the reduced weight should result in slightly better fuel economy numbers and thus the minor reduction in the fuel tank capacity should not affect the range.

Strong power and nimble handling have been the main forte of Ninja 650 always. Besides to give a versatility for daily riding, Ninja 650 has an upright riding position, low seat height and manageable power delivery. The Ninja 650 KRT edition in India will be available in Lime Green colour.

Speaking on the new addition, Mr. Yutaka Yamashita, Managing Director of India Kawasaki Motors said “The Ninja 650 KRT edition has done remarkably well in the USA, Europe and in other countries recently. We have got a good pool of Ninja 650 customers here in India as well. Those who were planning to buy Ninja 650, now have got another option with this new edition.”