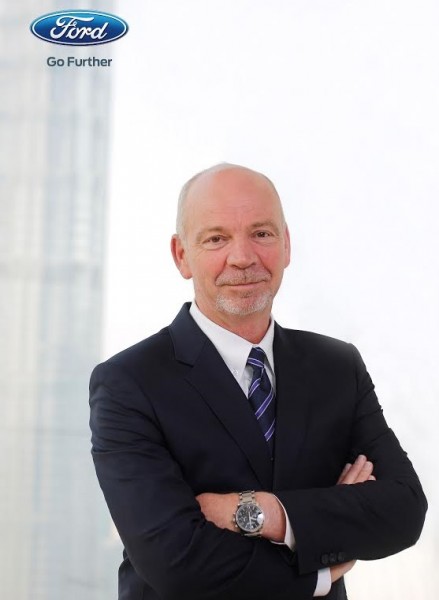 In his new role, Harris will be responsible for managing and growing the integrated manufacturing operation of Ford India. He also will lead the charge for product programs to serve both customers in India as well as the growing export business, and he will oversee the successful implementation of Ford’s expansion plans in India, through its operations in Chennai and its second upcoming integrated facility in Sanand, Gujarat. Harris will be based at Ford’s India corporate office in Gurgaon, and report directly to David Schoch, president, Ford Asia Pacific.

“Nigel’s vast experience with Ford globally will enable the Ford team in India to continue to deliver on our plan to provide great products, build a strong business and contribute to a better world,” said Dave Schoch. “In addition, Nigel’s deep understanding of the Indian market will help the company build on its strong foundation and develop a robust product strategy to ensure long term profitable growth for the Company and a bright future for everyone associated with Ford in India.”

Harris, who began his Ford career in 1985 in New Zealand as a fleet sales analyst, has held a variety of positions in Europe, Africa and Asia Pacific. He also has been associated with Indian operations for long, when he served as the brand development manager for global B cars during Ford’s entry into the Indian market, almost 15 years ago. This continued through his current role overseeing sales, distribution and service for Asia Pacific, which includes India.

Singh’s successful career with Ford spans over 33 years and over the years, he has served in Ford’s operations globally in a variety of finance, treasury, strategy, and general management roles — in Europe, United States and Canada. He has been located in India since 2008 and played an important role in the launch of Ford EcoSport.

“We are very grateful for Joginder’s leadership as we have built our operations in India,” said Dave Schoch. “Both as the leader of our business services group and as the leader for Ford India, he has demonstrated an unwavering commitment to Ford and our stakeholders.”