Home News Next Generation Volkswagen Passat Spied; To be Launched in 2015

The eagle eyed photographers at AutoEvolution have caught the 2015 volkswagen Passat while it was undergoin testing. This is the first time for the this model to be caught on lenses. As is evident from the images, the car is seen wearing complete camouflage. This car from the German auto giant will receive styling cues from the Passat CC.

The camouflage hides a lot of details, but we can see the model will have curvaceous body, and a prominent grille with large headlights. The car also sports a sloping roofline, restyled mirrors and stylish taillights.

This next-gen Passat will ride on the MBQ platform, which also underpins the new Skoda Octavia. The car will be undergoing heavy changes in terms of design, when compared to the current gen Passat. Also, the MBQ platform will ensure that it will weigh less than its predecessor. 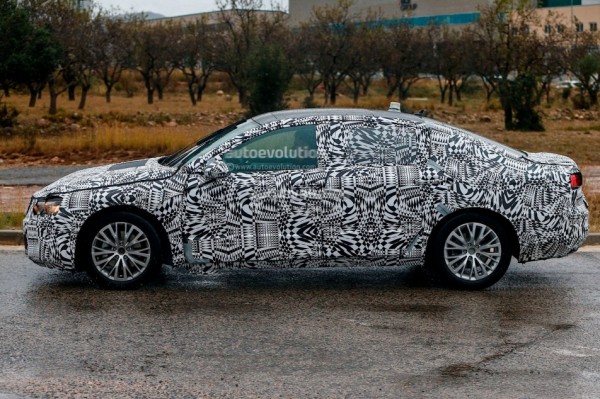 The German marquees are popular for their diesel engines, and Volkswagen will equip this Passat with a 2.o liter TDI engine, which will pump out 200 bhp. The car will also be available with the new Turbocharged petrol engines, which do their duty in the Volkswagen Golf and other models.

Although the test vehicle does not reveal much info, we can clearly infer that the headlights lack LED treatment. We think this model is very different from the familiar Volkswagen front face which nealy all models in the line-up have. 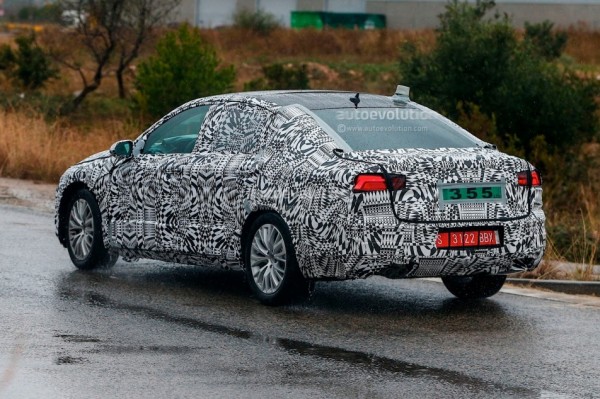 The car is likely to be showcased at the Frankfurt Motor Show in 2015, and will be available on sale later in 2015.

Stay tuned to Motoroids for more dope on the next generation 2015 Volkswagen Passat.