The F10 BMW M5 made its debut in late 2011, and we drove this 4-door monster earlier this year. The 5’er M from the Bavarian auto giant is a wolf in a sheep’s clothing, and to a layman it easily passes off as a normal 5-Series. Only yesterday we reported about the upcoming 2017 BMW 5-Series , which will ride on an all new platform (internally christened OKL ).

The new gen M5 will be powered by a further-developed version of the 4.4 liter V8 motor, which powers the current gen model. The current M5 produces a max output of 562 BHP. According to recent reports, the new gen model will churn out close to 600 BHP, which will be possible with the more advanced fuel injection system. That’s a 38 BHP bump in the power output ! The car will likely be offered with the 9 speed automatic transmission from ZF. 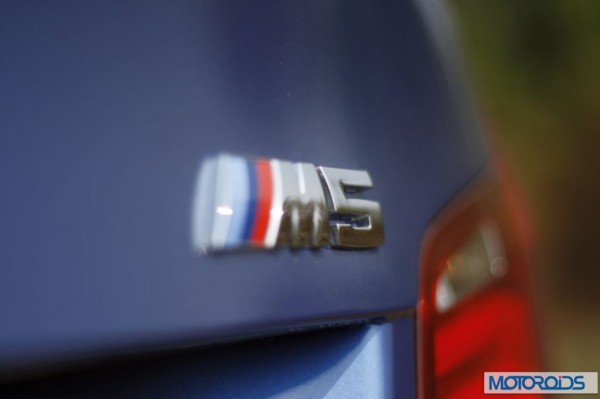 The new M5 is planned to be offered with the choice of either rear-wheel drive or optional ‘xDrive’ four-wheel drive for the first time when it debuts in 2017. The OKL platform will also be used on the future 5,6 and 7 series models.This new platform uses a combination of aluminium, hot-formed high-strength steel and composite carbon-fibre parts in its construction.

Although the car hasn’t been spotted testing, BMW bosses state that the design of the car will be inspired from the Gran Lusso Coupe concept.

The new gen BMW M5 is expected to be launched in early 2017.