Swedish car manufacturer, Volvo, showcased its technological potential through the interior of Volvo XC90 earlier this month. Volvo released the details of its in-car control system that will be found in the seven-seater SUV claiming that new system will offer better functionality and help drivers concentrate more on roads. The new system will replace the conventional setup with a large screen on the center console. It will also have a head-up display and steering wheel mounted controls and will also feature voice control system. 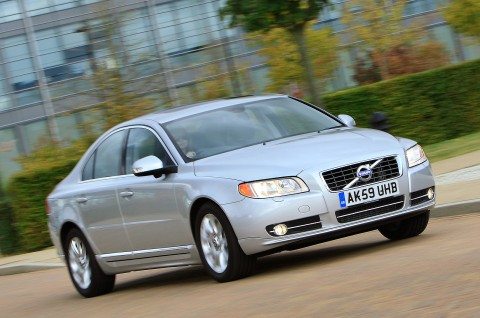 Now, the next Volvo to receive this technological wizardry will be the S80. Volvo’s next-generation V70 will be next in line to receive the interior updates. Volvo design head Thomas Ingenlath says the new system is designed to “keep eyes on the road and hands on the wheel as much as possible”. Most functions would be controlled by the updated voice recognition system.

Earlier, Volvo had also released a video showcasing the technological upgrades that it has received. The touchscreen console will have options such as navigation, media, telephone and messaging. The top of the screen is occupied by a notification line and climate control at the bottom. The update also includes Apple CarPlay which will enable drivers to access their iPhone’s calls, messages and music.

Volvo witnessed fall in sales in UK with just about 500 S80s sold last year. With this upgrade, Volvo hopes to receive better response from the customers.

What do you think should Volvo incorporate in its cars to improve sales? Share your thoughts through comments below.

Here is the video released b Volvo>>>