Volvo showcased the interior of the upcoming XC90 a few days back. Now, Volvo has released the details of its in-car control system that will be found in the seven-seater SUV. The company claims that new system will offer better functionality and help drivers concentrate more on roads. The new system will replace the conventional setup with a large screen on the center console. It will also have a head-up display and steering wheel mounted controls and will also feature voice control system.

But all this technology can be a little confusing at times and new users might find it a little difficult to understand. To assist the drivers, Volvo’s Sensus family of infotainment systems, integrates the touchscreen hardware and software to help drivers understand the controls. 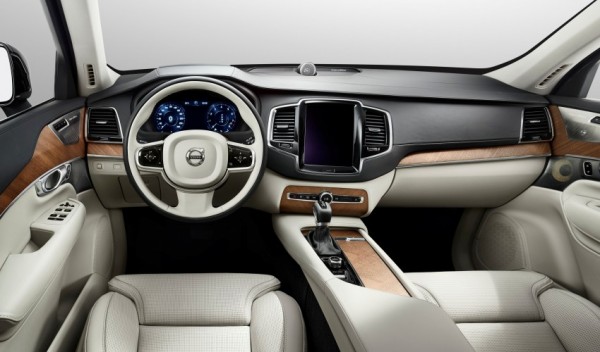 Dr Peter Mertens, senior vice president of research and development at Volvo said, “Using the screen is so logical that it will become part of your muscle memory very quickly. Information, navigation and media are high up and easy to check. The phone controls, application icons and climate controls are located low and are comfortable to reach and touch.”

As seen in the animation video released by Volvo, it can be seen that the touchscreen console will have options such as navigation, media, telephone and messaging. The top of the screen is occupied by a notification line and climate control at the bottom.

The XC90 will also feature Apple CarPlay which will enable drivers to access their iPhone’s calls, messages and music.