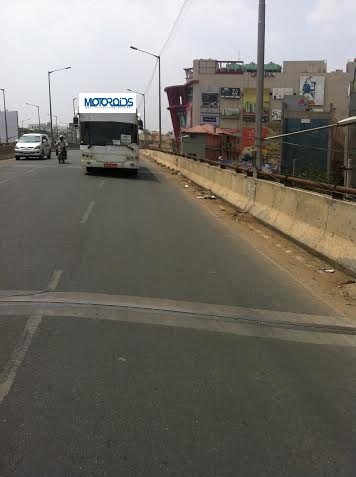 As can be seen in these images, the next gen 8400 test mule is heavily camouflaged and from the looks of it, the new model could be launched towards the end of this year. The front fascia of the next gen bus carries a new set of headlamps. Other than this, the bus also seems to boast of slightly different panels and a new rear end. It is very highly likely that the bus would come with several new features, that would make the 8400 even more suited to intra-city runs. 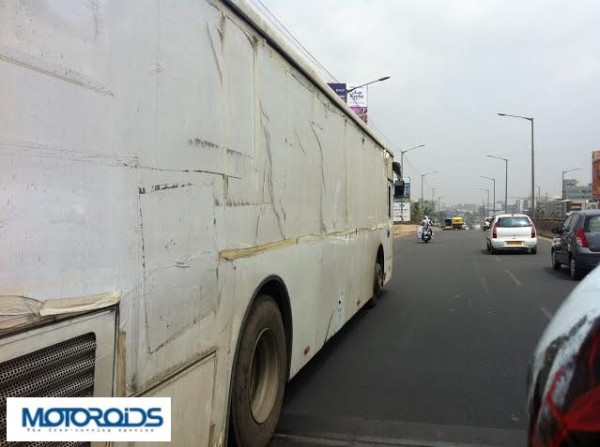 Powering the current Volv0 800 is a rear mounted 7.0 litre, six cylinder diesel engine that has a max power of 290 bhp and peak torque of 1,200 Nm. The engine comes mated to a six-speed automatic gearbox.The bus comes with an air suspension and boasts of hydraulic retarder system for its brakes. It is being said that the next gen Volvo 8400 will build upon the strengths of the current model and could come with a re-tuned motor that would boast of slightly better performance and fuel efficiency. Also, the bus is likely to get some more features that will be aimed at providing the passengers with more comfort.

Stay tuned to Motoroids for more updates on the next generation of Volvo 8400 City Bus. 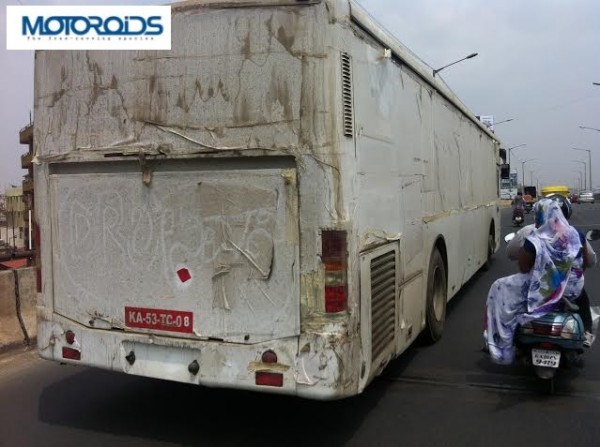 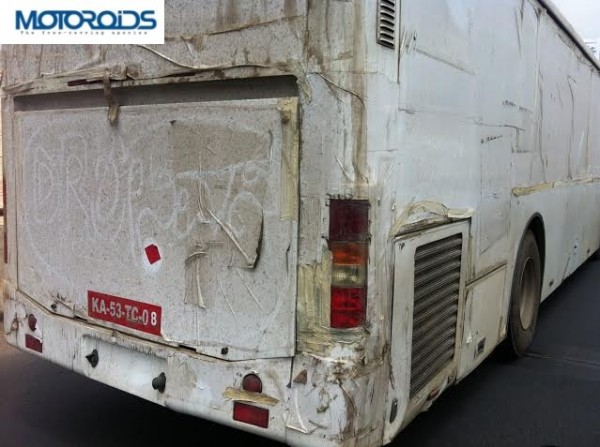