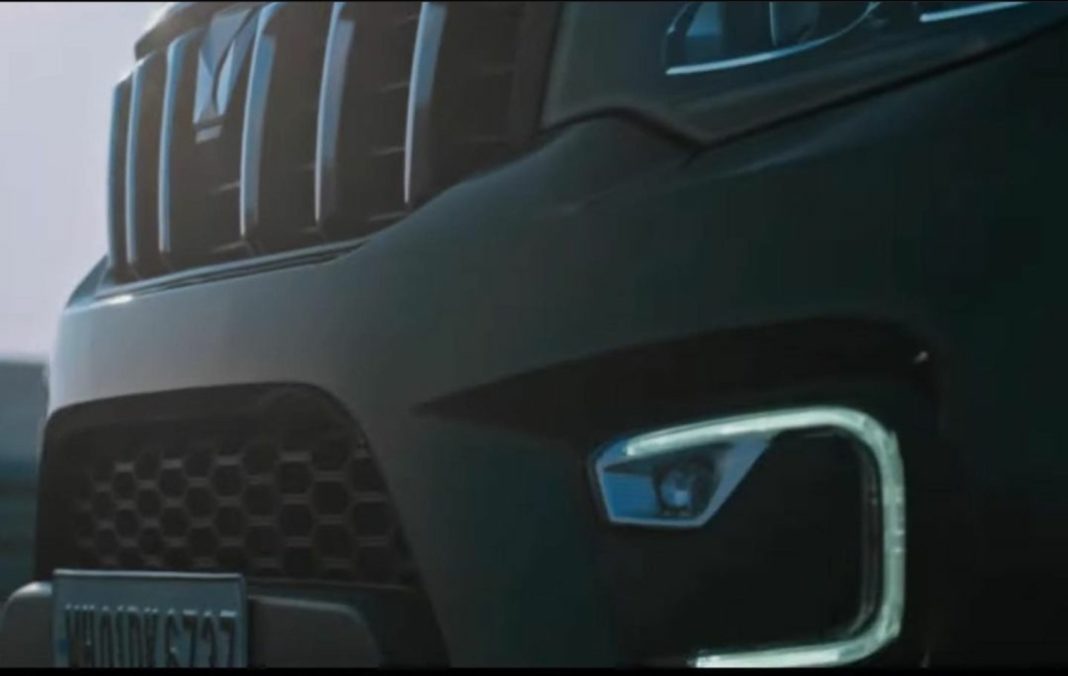 Mahindra has finally begun the marketing activities for the highly-anticipated next-gen Scorpio. The Indian carmaker has released a new teaser that gives us a glimpse of the exterior. If the new teasers are anything to go by, the new Scorpio could be revealed very soon in the coming weeks! Let’s take a look at what the teasers reveal: 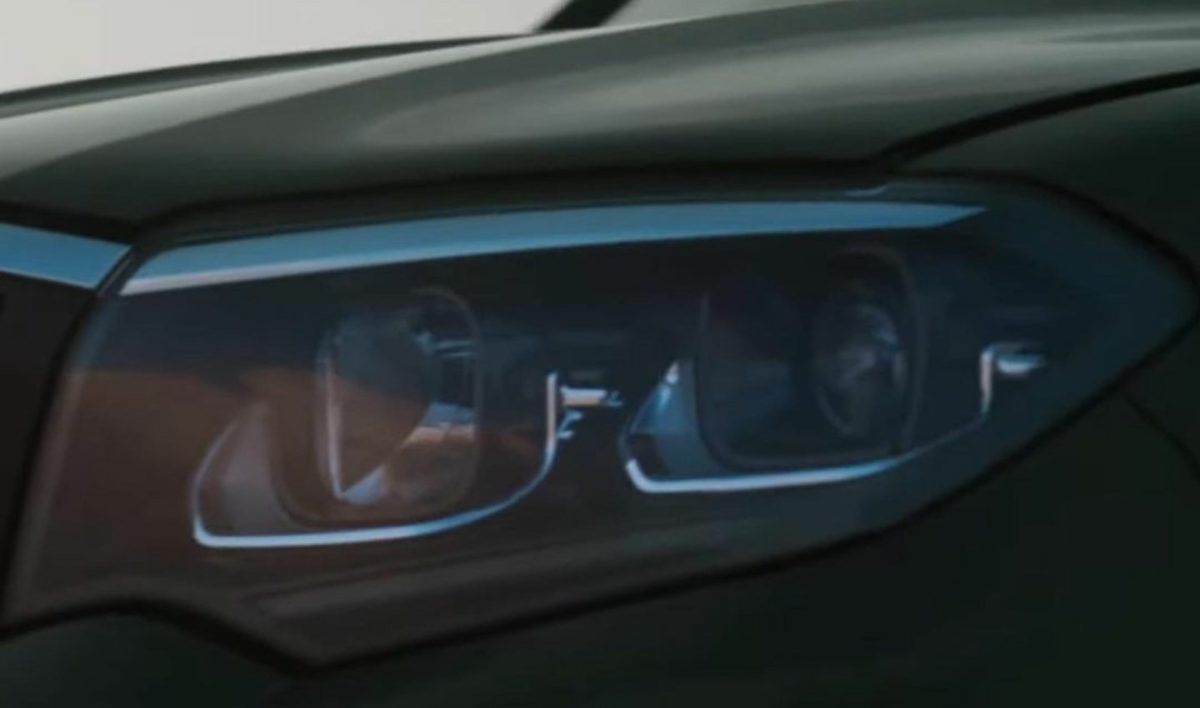 What does the teaser reveal?

In the teaser, we can see a new green color that has not been seen on any Mahindra before. The front grille wears Mahindra’s new SUV badge and it gets 6 vertical slats. The lower half of the bumper gets a silver skid plate and the fog lamps are surrounded by C-shaped LED DRLs. The headlamps get a dual projector setup and there is some amount of chrome detailing in them too. The side gets a healthy dose of black cladding and strong character lines along the length of the SUV. The window line gets a chrome strip and it features a kink midway which is reminiscent of the XUV500. The diamond-cut alloy wheels look like they are 17-inches in size. The lower half of the rear gets a silver skid plate and the reversing lights seem to be placed lower down. The single exhaust tip gets an offset positioning. 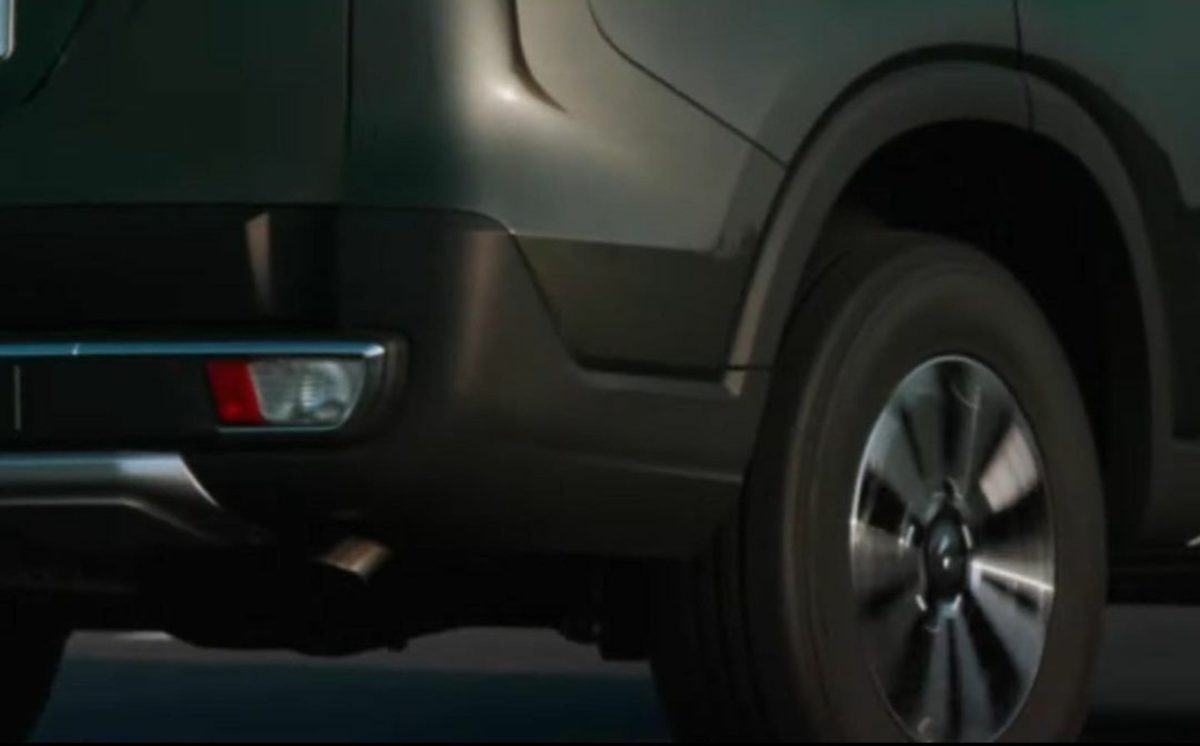 What else can we expect?

We also have an idea about what to expect in terms of interiors thanks to the recent leaks. The interior sports a dual-tone theme of black and brown. The center console houses touchscreen infotainment which gets physical controls and knobs below. Additionally, it gets a swivel wheel which to control the screen which is similar to the XUV700. The screen is flanked by two vertical A/C vents. The lower half of the dashboard has been pretty much lifted off the XUV700. 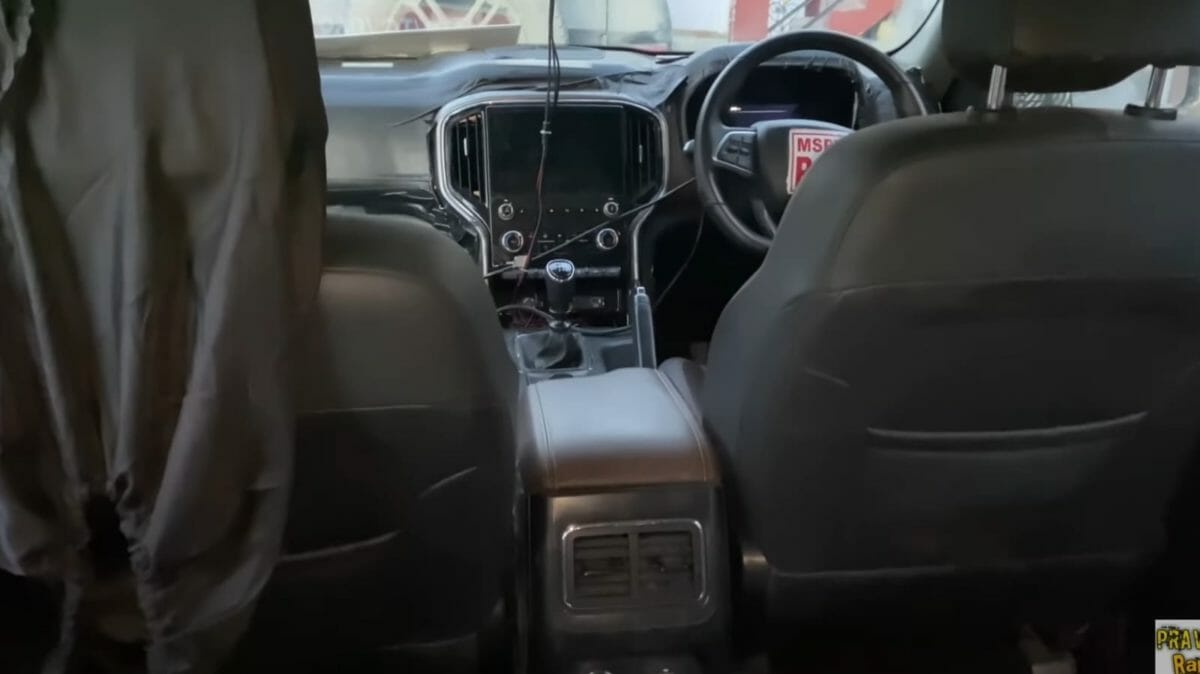 Other bits like the steering wheels and gear knob are also carried over from the XUV700. The second row gets A/C vents in the middle and a USB charging port below. The new Scorpio will ditch the side-facing seats and will get front-facing seats. The boot space is negligible just like we’ve seen in other 7-seat SUVs. The next-gen Scorpio will be powered by the same petrol and diesel engines that power the Thar and the XUV700. The petrol engine will be the turbocharged 2.0-liter Mstallion unit which will produce around 150 hp. The diesel engine will be a 2.2-liter Mhawk unit. Transmission options will include a manual and an automatic transmission. The next-gen Scorpio will get an option of AWD as well for the diesel powertrain.