The KTM RC series has had a huge hand in making supersport bikes gain a lot of traction in our country. Apart from being built around a brilliantly engineered chassis, these bikes are being offered with 2 engine options in the Indian market. The RC 200 is more suited for beginners and is powered by a more forgiving 200 cc engine. The monstrous RC 390, on the other hand, is a proper track tool and is powered by a peaky 373.2 cc engine which delivers a 44 bhp punch. However, for being around for quite some time now, the RC is due for an update. 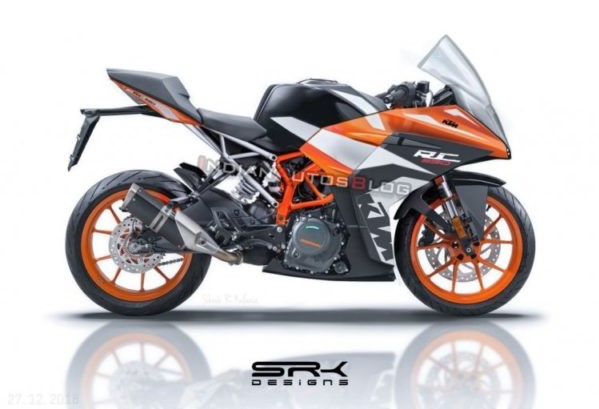 The new-gen bike has been spied undergoing tests on European roads, where it will be launched first, before eventually making its way to India. The spy images reveal updates, which include a new headlight assembly that appears to be vertically stacked, as seen in the RC8 superbike. Also seen in the spy images is a taller windscreen which would provide better wind protection at higher speeds. The bike’s bodywork and ergonomics appear to have gone through some revisions too, where panels seem to have grown in size and rider comfort has been taken into account as well. 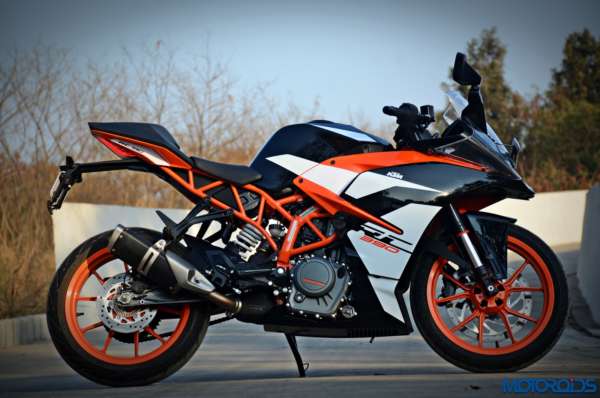 We also expect KTM to offer a full-colour TFT display for the instrument console, similar to the one seen on the new Duke 390. The display will also offer Bluetooth connectivity and additional switchgear will help the rider to operate certain phone commands with ease. No mechanical changes are expected in the bike apart from the fact that it will be tuned to meet new, upcoming emission norms. The bike is expected to make its first appearance at the 2019 EICMA in Milan and will hit the Indian market by 2020. Here are some images of the older generation RC 390.