The KTM RC390 is still the king of the performance hill for the price at which it is being offered. An aggressively styled motorcycle which begs you to hoon it every time you swing a leg, it hasn’t had any major updates since it was first launched. Except for ride-by-wire, switchable ABS and a slipper clutch. However, Its naked cousin, the Duke 390 has gone through quite a comprehensive update which matched its hooligansim with a current-day design. 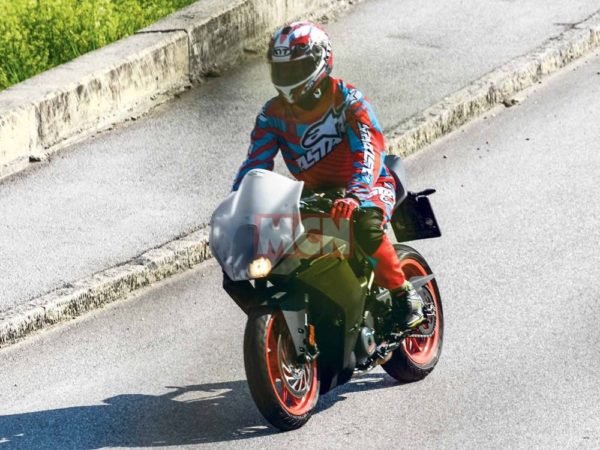 Now, a bigger, better, and updated KTM RC390 has been spied testing on public roads. As the pictures suggest, the bike will carry quite a few changes to its bodywork, where the biggest change will arrive in the form of a new, bigger windscreen, which will be better at protecting the rider from wind blasts at high speed. The hollow pod behind the screen suggests that the LED illumination setup could be vertical if the updated RC390 borrows cues from the RC8, which is no longer on sale. However, that’s just our guess and a horizontal illumination setup might continue, where the pod above could act as air intake. 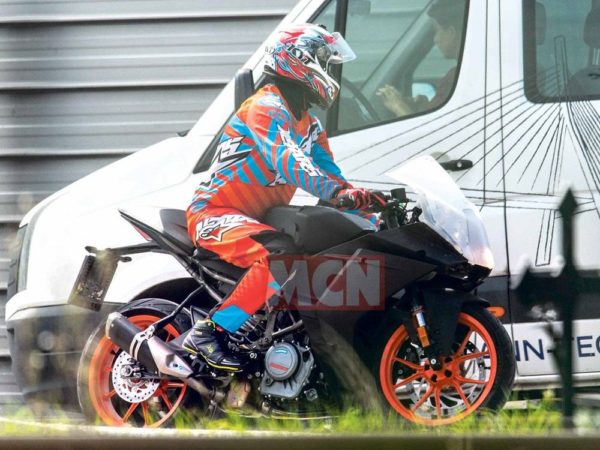 Behind the screen, there will most certainly be a TFT display for instrumentation, a’la the Duke 390. By the looks of it, the fairing and the tank seem to have grown in size, while the bars appear to be wider, which should make the bike roomier and more comfortable for the rider. The picture also suggests that the riding position on offer could be more relaxed than the track-focused, aggressive posture one has to maintain on the current-gen bike. Along with these visual updates and a new instrument console, expect better brakes, a slight bump in performance and updates to the suspension setup. 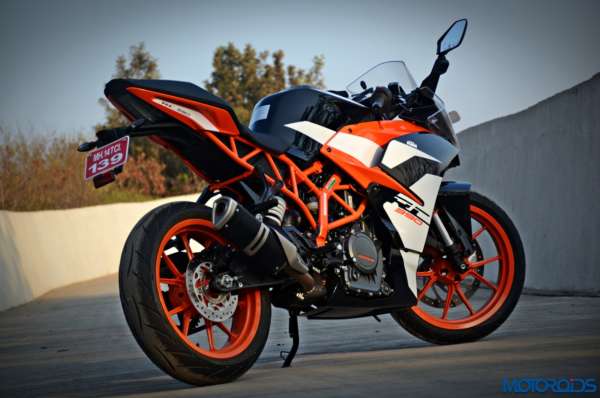 How long until this updated KTM RC390 hits the road? Expect the motorcycle to be revealed at EICMA 2019 along with the ADV 390, which will be late next year. If not that, the bike’s India launch could well be postponed to happen once the new BS VI norms kick in, which will happen in April 2020.