Home BMW Seventh-Generation BMW 3-Series Spotted In India; Will Go On Sale In 2019

The seventh-gen BMW 3 Series has been spotted in India, undergoing some tests before it gets ready for launch next year. A very successful model for BMW, worldwide, and in India, the new 3 Series was unveiled at the Paris Motor Show in October this year. 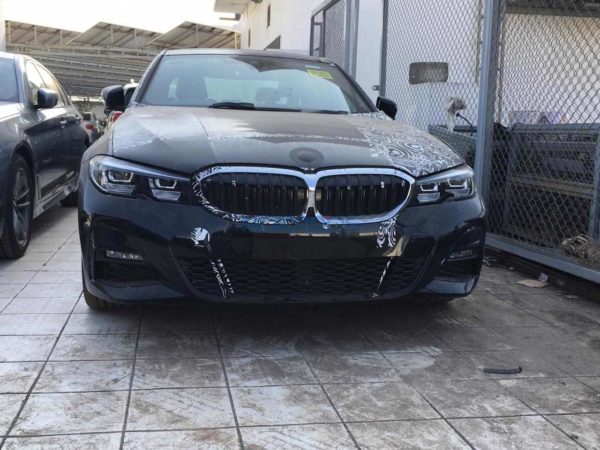 The car has been significantly updated over the outgoing model. Based on a similar platform as the 5-Series and the 7-Series, 2019 3 Series grows nearly 76mm longer than the previous generation, and the wheelbase increases by 41mm. The model’s front track is 43 mm broader, and the rear is up by 21 mm. Depending on specification, the weight falls by as much as 55 kg. 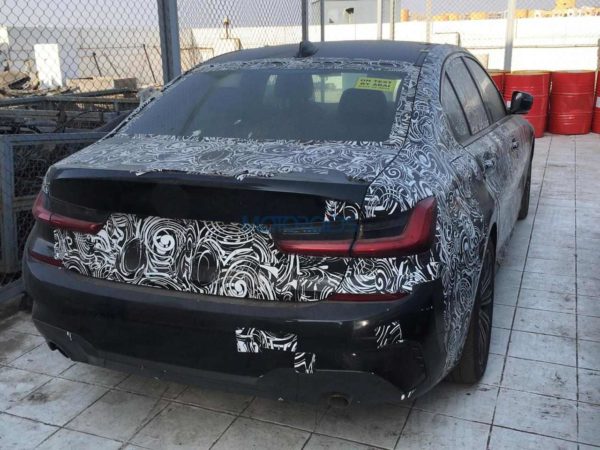 On the inside, the instrument cluster replaces dials for a crisp electronic display and the infotainment screen gains a few inches too. Angled towards the driver, the cockpit gets a welcome addition of new materials and colour schemes, which are in sync with a proper generation upgrade. 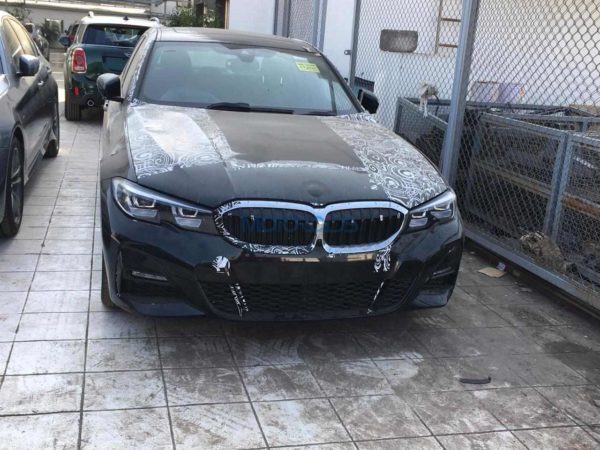 For India, the car would come in two variants – 320d diesel and 320i petrol. The sedan will take the CKD route and will be assembled at the company’s plant in Chennai. Powering the petrol variant of the car will most probably be the 2.0-litre turbocharged four-cylinder motor which is good for 184 hp and 270 Nm of torque. An eight-speed automatic gearbox comes mated to it and the car can do a 0-100 sprint in 7.3 seconds. On the other hand, the diesel option will be powered by a 2.0-litre turbocharged engine which produces 190 bhp and 400 Nm of torque. This gets to 100kmph from a standstill in 6.8 seconds.

Coming to the exteriors the standard full-LED headlights are more angular and attach to a sharper take on the firm’s kidney grille. The silhouette hasn’t changed much, but visually, the new 3-Series looks sharper and has a more tightened visual appeal. At the rear, new taillights stretch farther across the tail. When launched the car will compete against the Audi A4, Mercedes Benz C-class and the Jaguar XE. The pricing of the car is not certain yet but we hope it will be somewhere between the 40-50 lakh mark when it goes on sale in the third quarter of 2019.