Ingolstadt based car maker, Audi, is readying the next gen A4 saloon. The car is set for a global unveiling in 2015. The car is already undergoing testing near Ingolstadt, Germany. 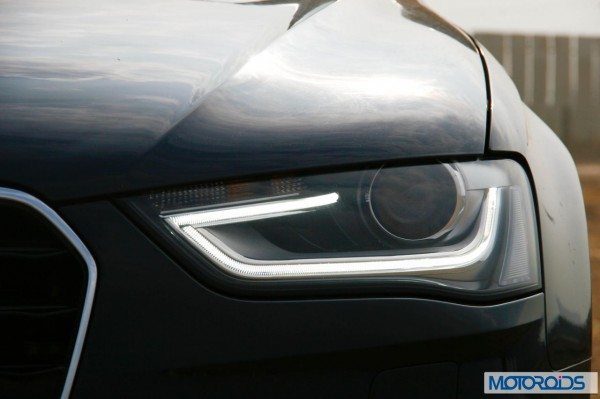 Internationally, similar to the current gen model, the fifth-generation Audi A4 will feature three body styles – a sedan, a wagon and an All road variant which would follow later. The next-generation A5  coupe, Audi RS5 coupe and Sportback models will follow in 2016.

The next-generation Audi A4 has been styled with guidance from Audi design boss Wolfgang Egger. Insider sources say that the final design will be evolutionary and will feature updated detailing.

The next Audi A4 will get distinguishing features such as a 3D-effect single-frame grille, new-style trapezoidal LED headlamps, and bumpers with a heavier crease and a prominent shoulder line running along the length of the car. The new Audi A4 is expected to feature sharp creases on all of its bodywork.  The new Audi A4’s dimensions will remain close to the current gen model, but boot luggage capacity is expected to increase thanks to better packaging.

The 2015 Audi A4, internally codenamed B9, will also be the first conventional steel monocoque model from Audi to use the group’s MLB platform. This will significantly benefit the models as it will make use of light weight aluminium panels. According to sources the total weight drop could be in the range of 100 kg as compared to the current base variant Audi A4.

The new Audi A4 engine line-up will include a wide range of four and six cylinder petrol and diesel units. Most of these engines will feature cylinder deactivation tech.

Stay tuned to Motoroids for more updates on the new gen Audi A4.