Yamaha Motors changed the face of commuter motorcycles with the launch of its FZ series a few years back. But the model did not receive any major updates ever since. However, Yamaha did take care of this issue by introducing the new version of FZ-S at the 2014 Auto Expo in Delhi.

Earlier this month, we reported sightings of the new FZ test mule being tested. The test mule spotted looked like an almost production ready model. Now, India Yamaha Motor has sent out invitations to a press conference on June 30 which mentions – “Yamaha Motors India Sales gears up to unveil a new chapter”. The new chapter is very well likely to be the unveiling of the Yamaha FZ 2015 series. 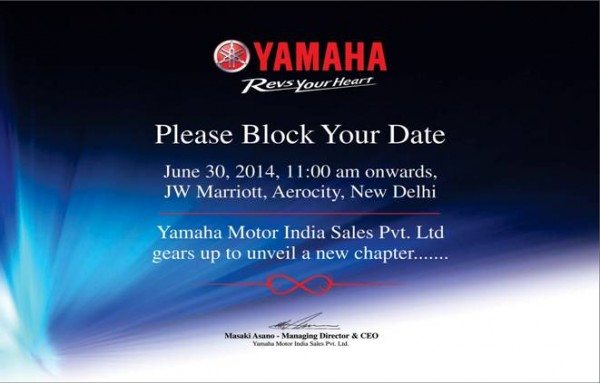 The new FZ series could retain certain design elements from the earlier version. Likes of the muscular tank and the headlamp unit would look identical to that of the ongoing version. Changes will include a new split seat, redesigned exhaust, new tank extensions and grab rails.

However, the most interesting change that we expect to see on the new FZ series is a tweak in the engine in the form of fuel injection technology. Yamaha intends to introduce a new, cheap Fuel-Injection on its small-capacity bikes. Although the addition of fuel injection will add to the cost, we believe, it will contribute towards a better fuel efficiency level, which was one of the major drawbacks in the current version.

Suzuki Gixxer is lined up for launch soon and is expected to creep into Yamaha FZ’s market share. Yamaha will have to work hard to save its Lord of the Streets tag and stay ahead in the 150cc segment of motorcycles.

Stay tuned for more updates on the new Yamaha FZ series. Do share your thoughts about the new FZ series through your comments below.