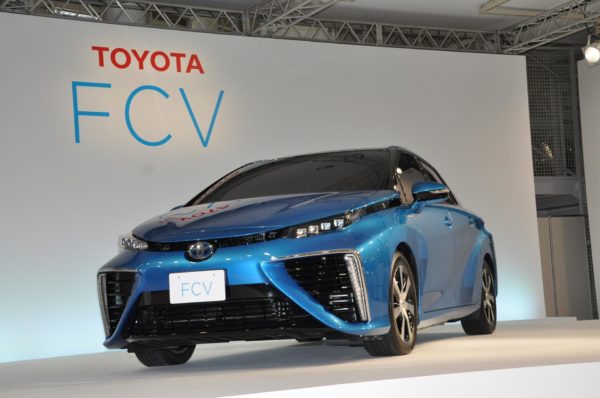 Toyota has revealed the exteriors and price of it’s FCV sedan. The Hydrogen fuel cell car which was first unveiled at the Tokyo Motor Show last year will launch in Japan before April 2015. Priced at around (7 Million Yen), 42 lakhs in Indian currency, sales of the car will be initially limited to regions where hydrogen refueling infrastructure is either ready or being developed. However, preparations are underway to launch it in the U.S. and European markets by Summer 2015. 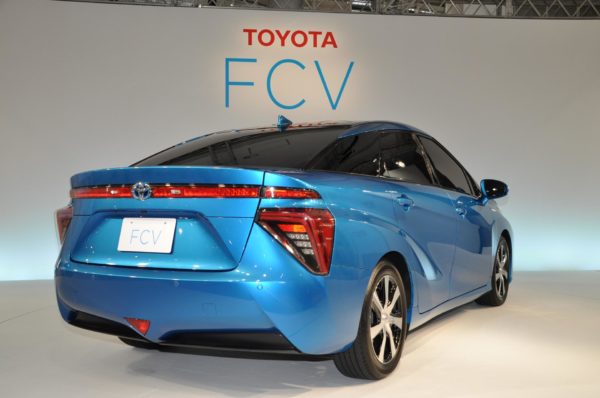 The car runs on Hydrogen, which can be produced using a wide variety of resources including solar and wind power, has higher density than batteries and is easier to store and transport. Toyota’s fuel-cell system in the car includes a proprietary ‘FC’ stack , which generates electricity as a result of the chemical reaction between Hydrogen and Oxygen. The FCV according to Toyota, provides similar performance as a gasoline engine, provides a cruising range of 700kms, takes 3 minutes to refuel and emits water vapor from it’s tail pipe.

According to Toyota, Fuel cell vehicles will contribute immensely to the diversification of automobile fuels, their biggest advantage being, they emit no CO2 or any other harmful substances while still offer the convenience of traditionally fueled cars.