Home News New VW Beetle to be launched at Expo 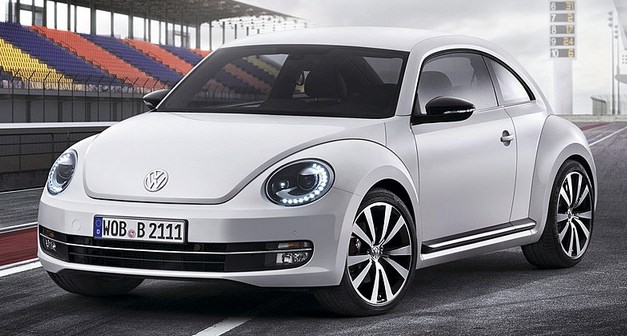 German car maker Volkswagen is all set to launch their iconic car Beetle in India at 2012 Auto Expo. The new generation of the car will replace the current version of Beetle being sold in the country. The new beetle was launched by Volkswagen at the 2011 Shanghai Motor Show in China on all new platform. It may be noted that the car on sale in India i.e. previous generation of the upcoming Beetle is called New Beetle. Now, we wonder if we should call the new beetle as the ‘new new beetle’.

The 2012 Beetle offers as many as three engine options: a 2.5L petrol five cylinder,  2.0L TDI® Clean Diesel and a 2.0L TSI® turbocharged petrol engine. Transmission too will see option of choosing a 5-speed manual or optional 6-speed automatic on 2.5L models. However, we expect India to get the 2.0L TDI® Clean Diesel with the popular DSG® 6-speed dual-clutch transmission. It may be noted that the 2012 Beetle 2.0L TDI Clean Diesel is the most fuel-efficient Beetle ever. The very new age four cylinder 2.0L TDI Clean Diesel motor pumps out 140 hp of power and 236 lb.-ft (347 Nm) of torque. On visual front, the car will get a panoramic roof and bi-xenon headlamps with incorporated LED daytime running lights.

Mr. Neeraj Garg, Member of Board, Director Volkswagen Passenger Cars, Volkswagen Group Sales India said, “ The Auto Expo is one of the best platforms to showcase our latest and best to the Indian automobileenthusiasts and we are confident that the 21st century Beetle will be a cynosure of every visitor at the Pragati Maidan.”

It may be noted that what once used to be a people’s car is one of the most iconic cars on road today. This car revolutionized the entry level car segment back then. Not to forget that it is responsible for the birth of Porsche cars with the Beetle acting as a base for the Porsche model 64 (also called VW Aerocoupe, Type 64 and Type 60K10).The VW beetle was the Type-60, and the name the “60K10” means body design 10 for the Type-60 Beetle. And if this all is not important enough to make you take notice of the car, let me add that the fairer sex loves the bug (as the Beetle is fondly called). We are eagerly waiting to see this car at the Delhi Auto Expo 2012.