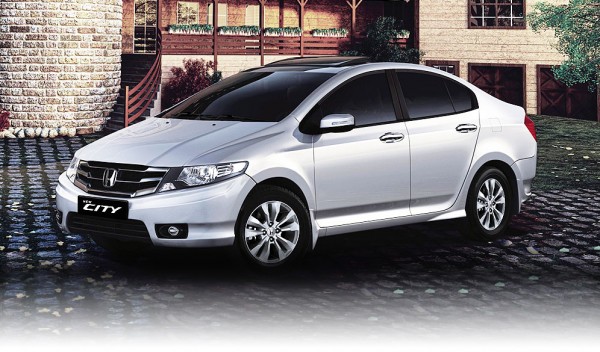 Entire nation was waiting for this to happen. And talking about it. Just a few days before the 2012 edition of Delhi Auto Expo happens, Honda Siel Cars India (HSCI) launches the refreshed avatar of the Honda City. The car gets some styling tweaks and new features. The refreshed City tries enhancing the already terrific arrow-shot design and futuristic styling package. The addition of new features aims at making the car more value for money.

Talking about the exterior, the car gets a new chrome front grille, mildly altered front and rear bumper and new taillights. In our opinion, the front bumper does not gels well with the rest of the car and when compared to the earlier unit, this looks pretty ordinary. The top of the line variants of the car get smart looking 10 spoke Alloy Wheels. In order to make the car look more modern and keeping with the trend, Honda provides the refreshed version with trafficators on Outside Rear View Mirrors (ORVMs).

The car gets some more ground clearance at 165 mm, (5mm more than its predecessor) and this simply means that one may say good bye to under belly scrapping on speed breakers and potholes. Thanks to the new bumpers, the City refresh is longer than previous version by 20 mm ( 4440 mm against 4420 mm).Honda has added some new colors in the line-up of the new City. The mid segment sedan will now also be offered in Carnelian Red Pearl and Sparkling Brown Metallic which have been first time introduced in the Honda line-up. The existing colour range includes – Taffeta White, Alabaster Silver Metallic, Bold Beige Metallic and Urban Titanium Metallic. 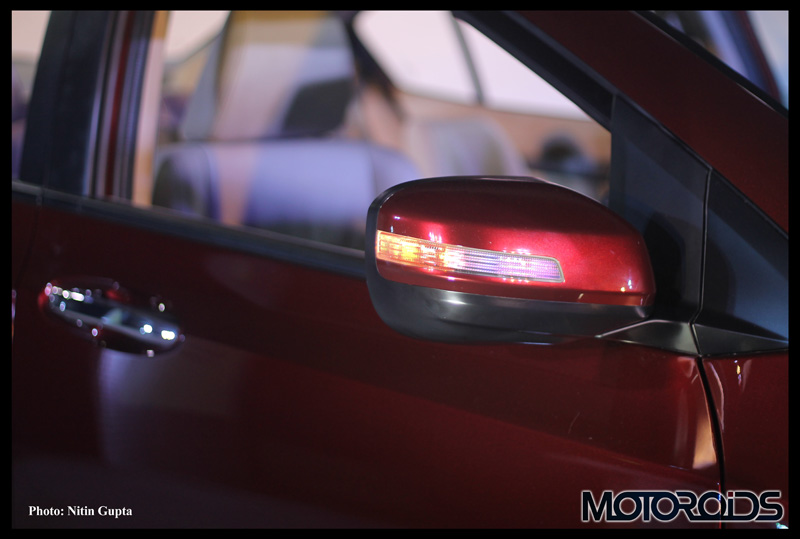 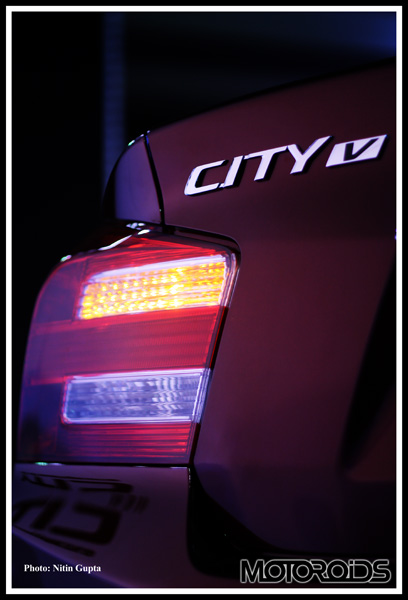 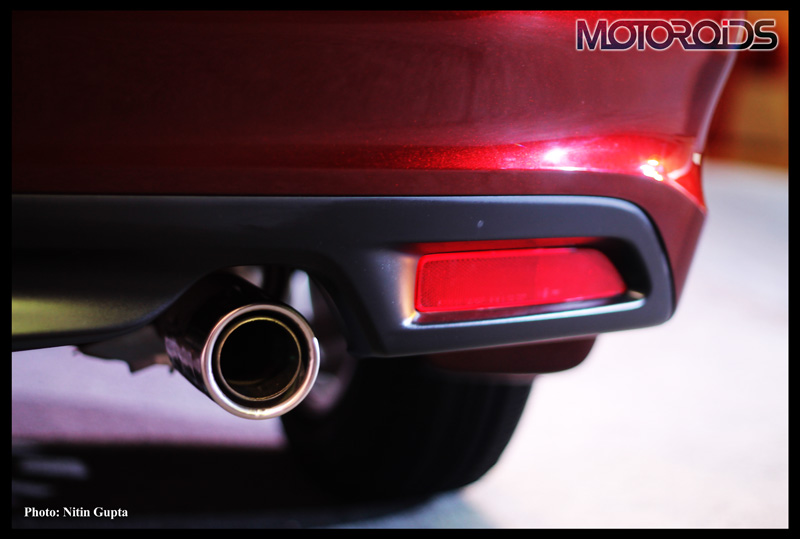 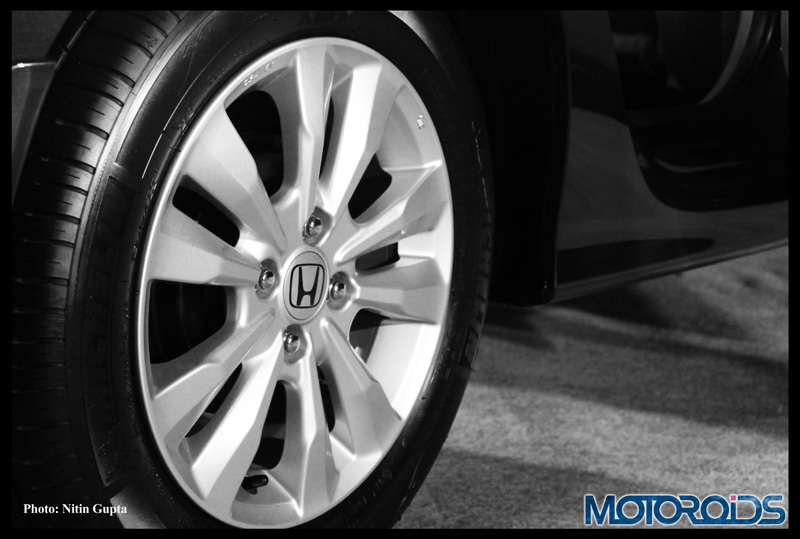 On the inside, the Jap car gets new Centre Control Panel for better ergonomics. The panel gets stylish chrome inserts for giving a premium feel to the user. The New City sports a soft lit Blue Meter Graphic which lends a touch of sophistication and sportiness to the interior of the car.

The City now gets a new variant CE (C stands for corporate). Basically, the earlier E is now the CE. The E gets some new features like integrated audio system and beige interiors. The S gets the alloys and is almost the same as earlier V but with some minor features omitted. The top of the line V is available with manual and automatic transmission variants and get a spoiler type Sunroof that further boosts the sportiness of the car. It is for the first time that a car in this segment is being offered with a sunroof. In India though, sun roof holds not much of a benefit, save for aesthetically enhancing the car. This variant also gets Cruise Control. 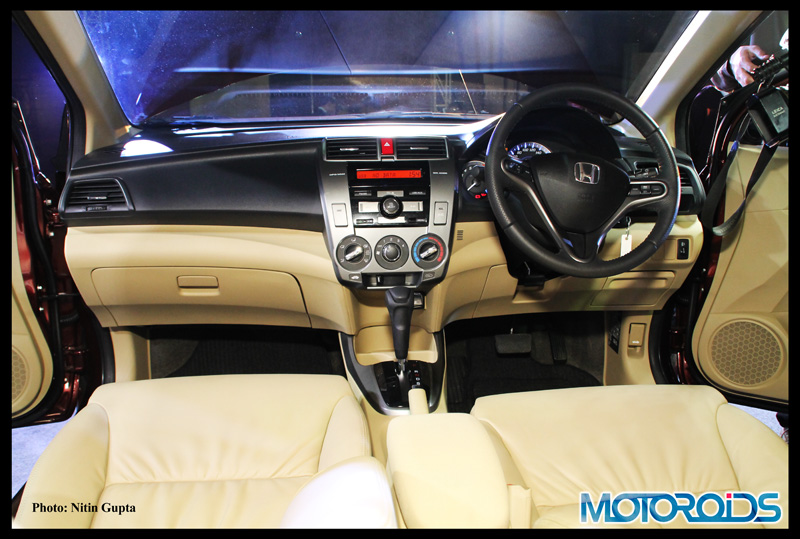 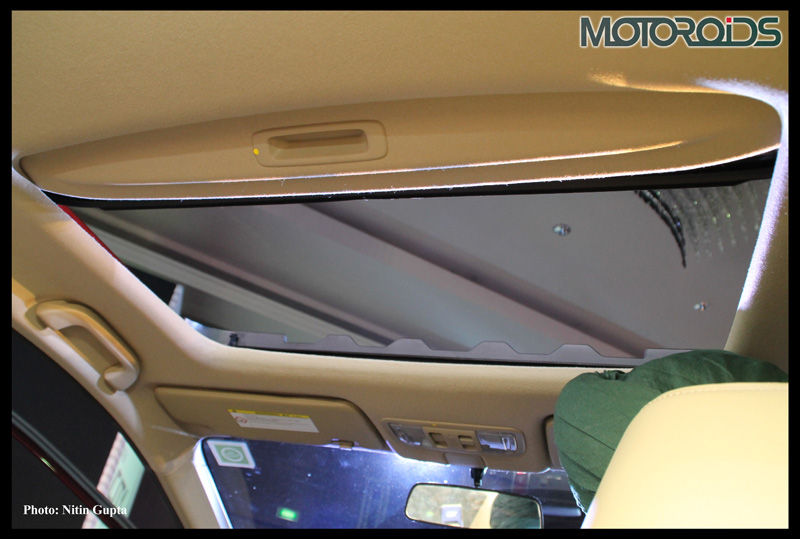 Speaking on the occasion Mr. Seki Inaba, Director Marketing, Honda Siel Cars India Ltd. said, “Honda Cityis one of the most successful car brands in the country and certainly the most desirable sedan in its category. Honda City has 11th time achieved No.1 Rank in JD Power Initial Quality Survey in the mid size segment which is a record in itself. It is our constant endeavor to study customers’ emerging demand and introduce features that enhances the overall ownership experience. I am confident that the new range will appeal to our customers even more and will be the most admired offering in its category.”

The car sports a 1.5 Litre, 4 cylinder i-VTEC engine that pumps out class leading 118PS of power along with excellent fuel economy of 16.8 km/l (Test results as per Rule 115 of CMVR).

Bookings for the New City will start immediately at all Honda dealers through out the nation. However, deliveries will begin from January 2012.This car also sees reduction in price by as much as INR 50000. And now, we are not sure of any other car in the segment that offers as much value for money. Honda seems to have a winner in their hands again. Yet, again!

Now, we would like to have a Mugen editon of the New Honda City for added sportiness and gob smacking performance. Are you listening Honda?