A single unit of the Volkswagen Golf GTD was spied testing in Bengaluru. Images shared on social media reveal the uncamouflaged test-mule in black, with all the badges unhidden. While Volkswagen test-mules usually sport Chakan (MH 14) based temporary registration plates, the model in question features a KA 01 registration number. 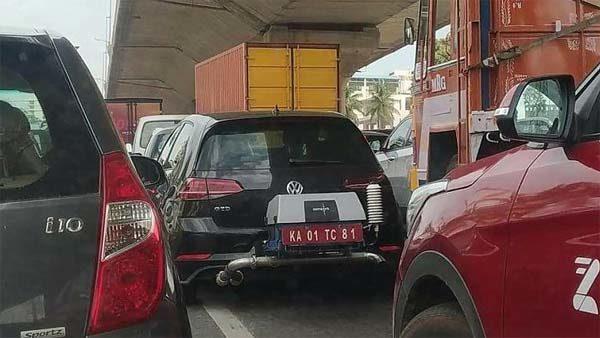 At the back of the Volkswagen Golf GTD test-mule is what seems to be an emission testing device, and is hence likely to have been used by the folks at Bosch for research and development purposes. The company also has its office located in Karnataka, which furthers hints that the reason why this test-mule was spotted on the streets of Bengaluru.

Currently on sale in the global market, the Volkswagen Golf GTD is the performance oriented version of the standard MK7 Golf. As seen in the images, the model comes equipped with a host of features such as full LED headlamps with integrated twin LED DRLs, LED tail lights, large twin five spoke alloy wheels and twin exhaust tips at the rear. 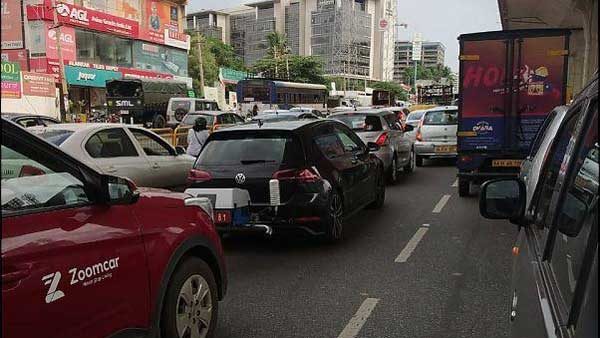 Although the spy images do not reveal the interior of the VW Golf GTD, we do know that the model receives a number of features such as a touchscreen infotainment system, twin pod instrument cluster and a three spoke multifunctional steering wheel. Powering the model is a 2.0-litre turbocharged diesel engine that produces 181 hp and 350 Nm of torque. Volkswagen India has not revealed any plans regarding the launch of the Golf GTD and hence, it is unlikely that the model will be introduced in India.