German marquee BMW has unveiled the all new 8-Series at the ongoing Le Mans 24 Hours. The car will be launched in internationally in November 2018 and will be built at BMW’s Dingolfing plant, which is also home to the BMW 7 Series. In the global market, the new 8-Series will be available with two variants including the 840d xDrive and the M850i xDrive. 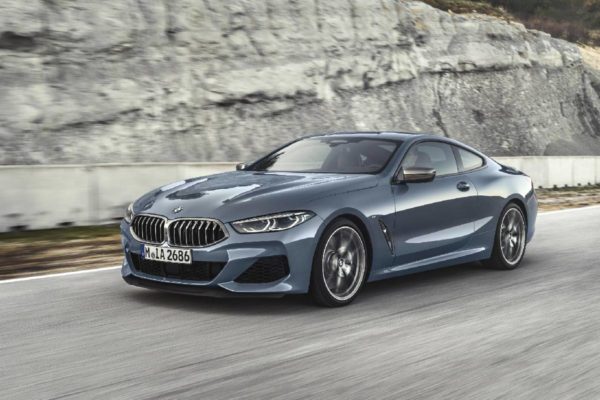 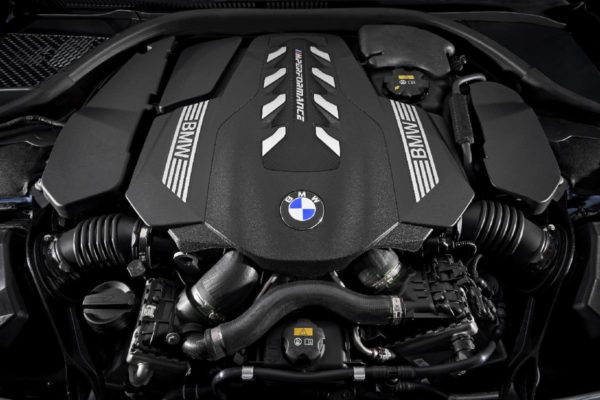 Both engines use an improved version of the eight-speed Steptronic Sport transmission. Shift paddles on the steering wheel are included for manual gear selection, while the transmission features a launch control function for accelerating from a standing start with maximum power and traction. BMW will also offer the company’s all wheel drive system, dubbed as the xDrive system, as a standard feature. Power is split in accordance with demands at all times using an electronically controlled multi-plate clutch that is networked with the powertrain and chassis systems. To increase efficiency, all of the torque is directed to the rear wheels in situations in which all-wheel drive is not needed. 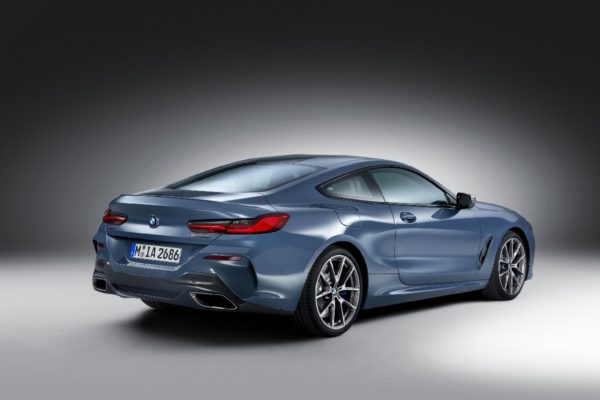 Dimension wise, the new 8-Series from BMW measures 4,843mm in length, 1,902mm in width and 1,341mm in height while the wheelbase is rated at 2,822mm. Visually, the model features an elongated silhouette with a slim window graphic and a roofline flowing into the rear with the double-bubble contours. Up-front, the 8-Series receives large air intakes, contours on the bonnet, LED headlights (the slimmest lamps of any BMW model till date) while the laser powered headlamps are available as an option. 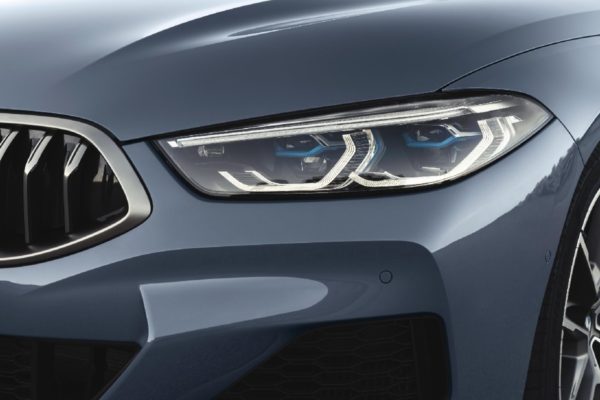 On either side, the new 8-Series is dominated by surfaces that curve inwards on the far side of the front wheels, while bulging outwards above the rear wheels. The glass area tapers at the rear while the side window graphic terminates in a very tightly-angled version of the Hofmeister kink. At the rear, the LED tail light clusters extend deep into the flanks while the trapezoid rear exhaust pipes complete the look. A few other highlights of the exterior of the BMW 8-Series includes an active air flap control with adjustable kidney grille slats and Air Curtains including Air Breathers help to reduce aerodynamic drag. larger air intakes in the front apron, specially designed side skirts. 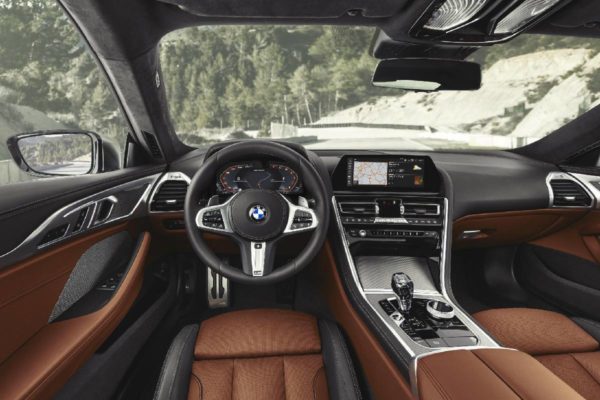 Inside, the new BMW 8-Series comes equipped with electrically adjustable multifunctional sports seats in Extended Merino leather upholstery with integrated headrests and memory function for the driver and front passenger seat. Integral Active Steering is also fitted as standard to reduce the turning circle when manoeuvring. The 8-Series Coupé comes as standard with the BMW Live Cockpit Professional, which combines a new display and control concept and maximum connectivity into an all-round package. The display and control concept consists of an instrument cluster behind the steering wheel with a 12.3 inch screen and a 10.25-inch Control Display. Further components of the BMW Live Cockpit Professional include an adaptive nav system, a hard-drive-based multimedia system with 20GB, two USB ports (type A and C), as well as Bluetooth and WiFi interfaces. 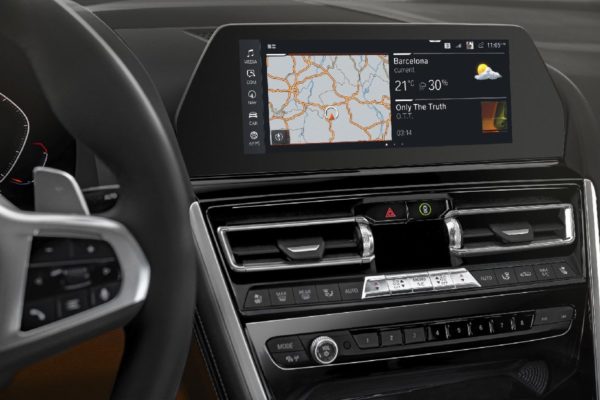 Safety wise, the new BMW 8-Series Coupe receives cruise control with braking function as well as collision and pedestrian warning with city braking, Heads-Up Display (HUD), Active Park Distance Control (PDC) with sensors at the front and rear. The driver assistance systems process camera images as well as data gathered by ultrasonic and radar sensors to monitor the vehicle’s surroundings, to warn of potential hazards and to minimise the risk of an accident with corrective braking or steering inputs. These integral features of the BMW Personal Co-Pilot represent the latest advances on the road to automated driving. A few optional safety features on the model include the Parking Assistant and active roll stabilisation.