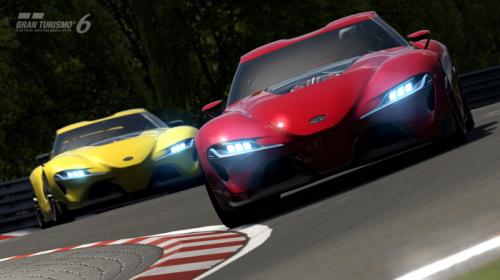 The new car is being offered as a part of a recent update and the car can be received for free if a gamer receives a bronze or better position in the FT-1 challenge at Laguna Seca. The car can also be purchased from the in-game Toyota dealership. 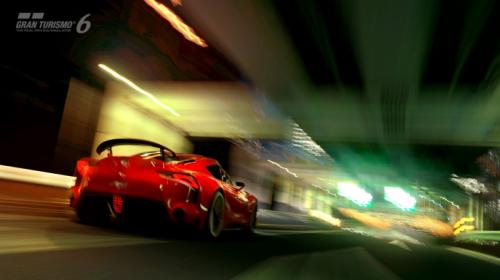 As per Calty Design Research President Kevin Hunter, “Thanks to the amazing capability of the Gran Turismo game engine, gamers can enjoy a very real simulation piloting the ultra-high performance FT-1 on the tracks it was designed to master.“

Polyphony Digital President Kazunori Yamauchi added,“The design team at Calty developed a stunning concept car and we were honored to work with them to render the car digitally for the concept presentation. The FT-1 is a forward-looking, technically advanced and beautiful concept car. We can’t wait to see fans’ reactions as they drive the vehicle and get to know it the way I was able to.” 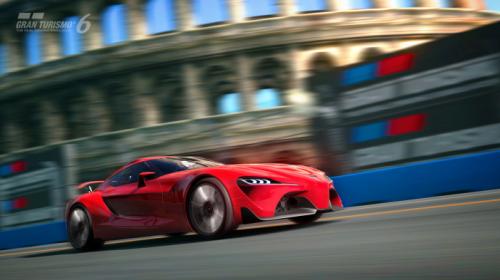 To be honest, we won’t be too surprised if the new Toyota FT-1 Sports Coupe previews the highly anticipated Supra replacement. It may be noted that while Toyota did say that the latest concept is merely a design study, it also said that the study builds upon “a rich sports coupe heritage dating back to the 2000GT, Celica, Supra, MR2 and most recently Scion FR-S.

“Our team was heavily influenced by Toyota’s sports car past, especially Celica and Supra, and we sought to capture some of that history,” said Alex Shen, Calty’s Studio Chief Designer. “It is an aggressive, track-focused sports car concept with a presence that has been amplified for shock and awe“ 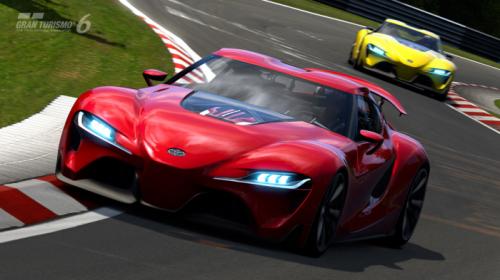