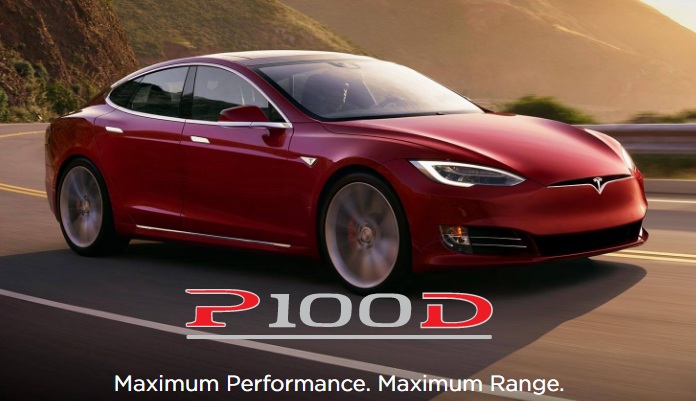 Tesla Motors has given one very significant update to the Model S by updating its battery pack in the new, top-end P100 D variant. With the variant now receiving a 100 kWh battery, the Models S P100D will have a range of 507 kms. Wait till you hear the best part that is yet to come!

Also read: Tesla likely to have a Gigafactory in India

With the upgrade to the battery, the all electric sedan will now be capable of sprinting from 0 100 kmph (0-60 kmph) in just 2.5 seconds with the help of the Ludicrous mode. This makes the Model S just a tad slower than the Ferrari LaFerrari and the Porsche 918 Spyder, making it the third fastest production car in the world. But taking into consideration that both the hyper-cars are already sold out, the Model S can be technically termed as the fastest production car to be available for purchase.

Existing customers need not worry as one can upgrade to the 100 kWh battery for a price of $20,000 while customers awaiting their new Model S can upgrade by paying $10,000. A completely new Tesla Model S P100 D with the ludicrous mode will now make your wallet lighter by $134,500.

Also read: Watch the world’s first all-electric hyper-car from Croatia decimate a LaFerrari and a Tesla Model S in a drag race

The Model S is not alone though, as Tesla will also be mating this battery pack to the Model X P100D. With the new battery the Model X SUV will be able to sprint from 0-100 kmph in 2.9 seconds making it the fastest SUV in the world. This means that the model puts behind the recently launched Bentley Bentayga that held the same title. The Model X SUV with the new battery will now have an increased range, 465 kms if you may ask.