Tesla Motors recently opened its first Gigafactory. Located in the Nevada desert, the facility is spread across an area of 10 million square feet. Now, Tesla plans to make another Gigafactory in the near future and it could very well be housed in India. The news comes barely a fortnight after Union Minister of Road Transport, Highways & Shipping; Nitin Gadkari visited the Tesla factory near San Francisco in USA on 16th July where he proposed to the senior officials of the company to make India their Asia manufacturing hub. 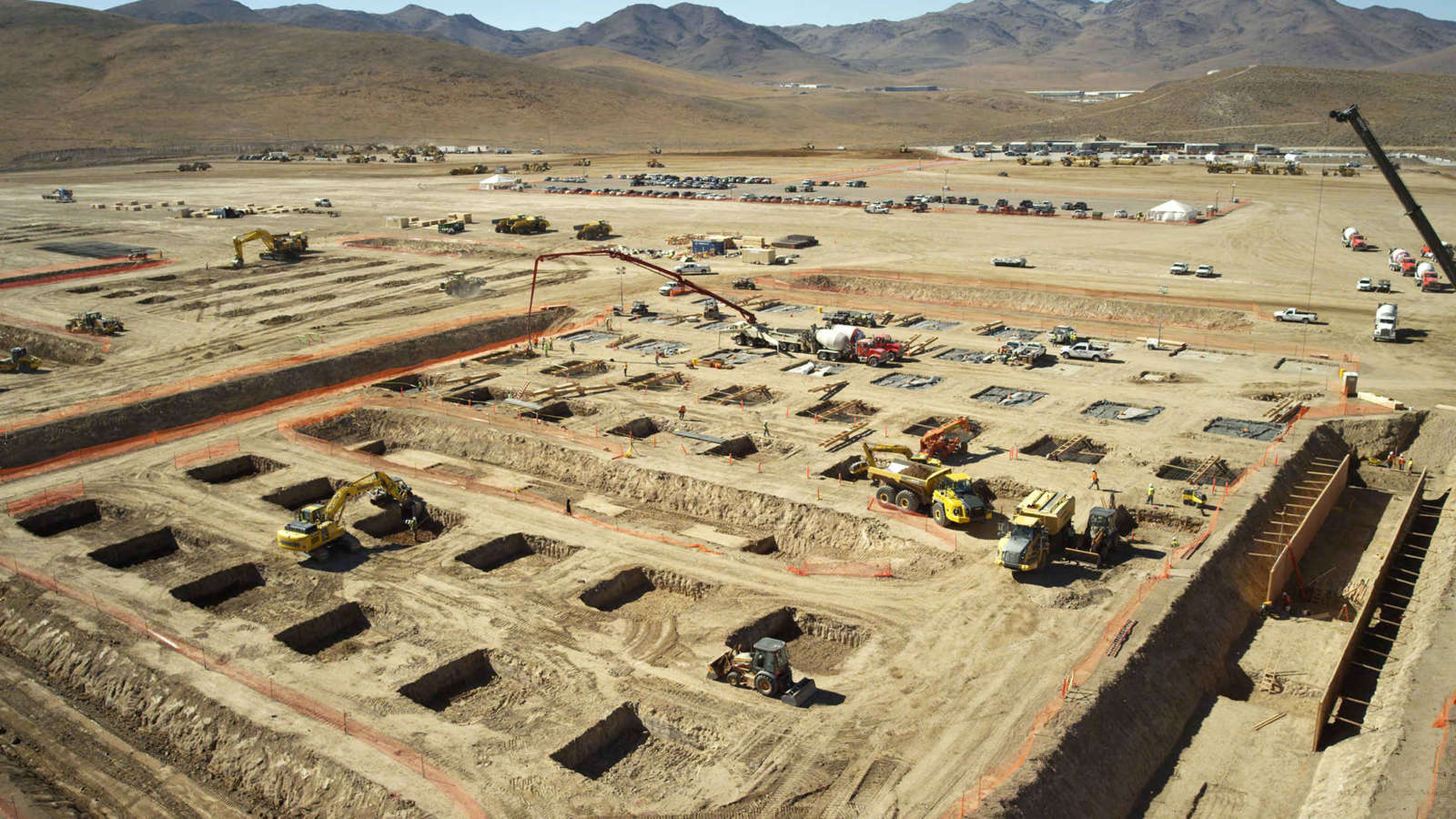 The Gigafactory during its contruction in 2014

Speaking on the establishment of the Gigafactory in Nevada, Founder and CEO of Tesla Motors, said that the company was open to building new Gigafactories in the future should the demand for their products rise. The requirement for the new factory would include factors such as a huge demand in the said region and affordability in shipping costs.

On the occasion, Musk gave more details on the current Gigafactory that is already partially in use and will be open to visitors soon as it would be worth seeing. The factory would not have a conventional design which means that the regular square shape gave way to the new diamond shape design as it required less movement of earth. This in turn increased the efficiency of the construction while reducing the impact on the environment. The factory is designed in such a way that it faces north and hence will have the optimal direction for the solar panels that are mounted on the roof.