Tata Motors is working hard ahead of what seems to be an action packed beginning of the New Year. The Company plans to launch the Hexa on January 18, 2017 but that’s not the only product they are coming up with. Tata has also been testing a few other models such as the Kite 5 compact sedan and the Nexon compact SUV. 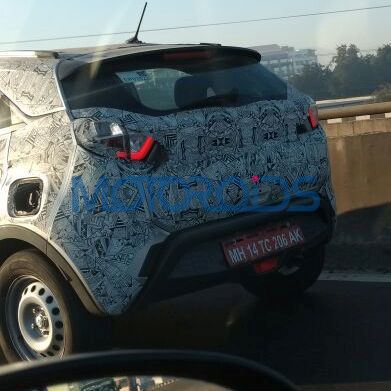 Speaking of which, the Nexon has been spotted during a public road test once again. What’s new this time though is the sight of the LED tail lights as well as the interiors. A spy image of the exterior of this upcoming compact SUV reveal what is likely to be the production spec unit tail lights comprising of a LED element.

Another spy image reveals the interior of the upcoming Tata Nexon compact SUV. Most of the aspects have been retained from the Nexon concept that was showcased at the 2016 Auto Expo. Although camouflaged, the spy image reveals that the model will come equipped with a manual transmission. Also seen is the knob for the drive mode that will let the user toggle between modes such as City, Eco and Sport. A free standing 6.5 inch touchscreen infotainment system is also likely to make it to the production spec model although it seems to be missing on the test mule. 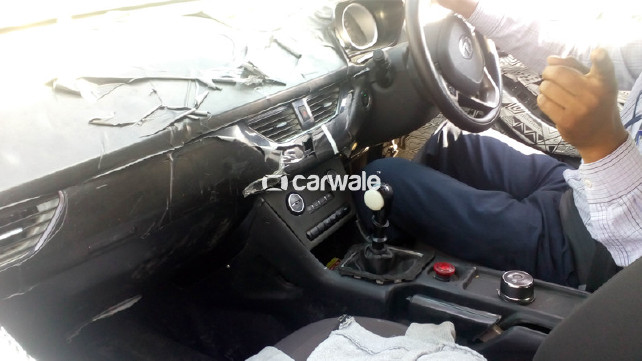 The upcoming Tata Nexon will draw power from 1.5-litre diesel engine as well as a new engine from the company’s Revotron family. The diesel mill is likely to develop 108 hp while the peak torque could stand at 260 Nm. Transmission duties will be taken care of by a six speed manual transmission while an AMT transmission could be available as an option.