Royal Enfield Meteor has been the talk of the town for some time now. It recently made news when a YouTuber spotted a yellow test mule with the engraved branding “Meteor 350”. 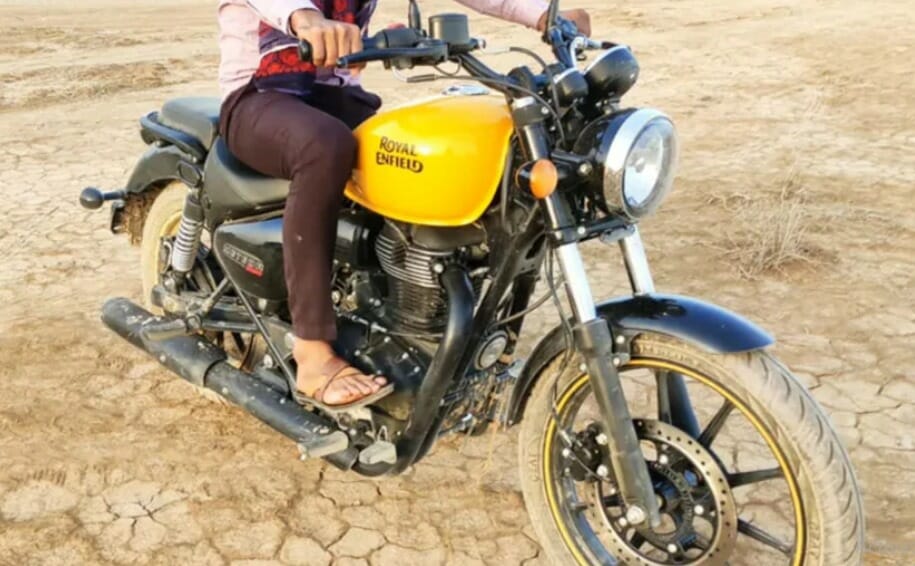 The Meteor moniker will likely replace the Thunderbird 350 and the Thunderbird 500 will most likely be discontinued in India. The motorcycle was spotted in Gujarat in a not so camouflaged guise as it was sporting a bright yellow colour scheme. Visually speaking, the Meteor 350 doesn’t look that much different from the Thunderbird X. The blacked out treatment on the exhaust, engine casing and the alloys are a testimony to that. Even the tear drop shaped tank looks just slightly different. It will be based on a new platform though, named J1D.

It was scheduled to hit the showrooms later next month but we assume that won’t be happening because of the recent coronavirus outbreak. Delving more into the details of the latest entrant from RE’s stable, it derives its name from a motorcycle which RE used to sell in the 1950’s. They have always been about carrying forward the legacy and that doesn’t seem to change in this regard as well. Talking about the specs, though they aren’t officially out yet but the 350 moniker suggests that it will carry forward the same 349 cc single cylinder engine which does the duty on their largest selling model, the Classic 350. The 349 cc mill is good enough to belt out 19.8 bhp and 28 NM of torque while being BS6 compliant.

The other mechanical bits don’t seem to change that much either, as it is expected that it will carry forward the same 5-Speed manual gearbox. Other cycle parts will include telescopic front forks and dual shock absorbers at the rear. Braking performance will come from disc brakes at either end with dual-channel ABS as standard. The bike will be based on a new double cradle frame.

We can assume the price range to hover between 1.60-1.70 lakh ex-showroom and once it hits the showroom, it would help RE to take the fight to Benelli Imperiale 400 and Jawa Forty Two.