The Indian automobile industry has been going through a rough patch for over two years now. Many experts had remained positive though, and were expecting a  positive growth rate across the segment in the current fiscal year. However, the outbreak of the novel coronavirus has had a severe impact on the businesses all over the world and any positive growth in the automotive sector in the near future looks bleak. Many reputed automotive shows or events have been either postponed or cancelled due to the COVID-19 outbreak.

However, that hasn’t stopped the manufacturers to invest in new upcoming products. automakers have taken social media as an effective platform to introduce their new products for the 2020 model year. One such product to look into is the Honda CB-F 2020.

On March 27, 2020, Honda announced the world premiere of the CB-F Concept, which has been planned for appearance at the 36th Osaka Motorcycle Show 2020 and the 47th Tokyo Motorcycle Show, in November, through its website. 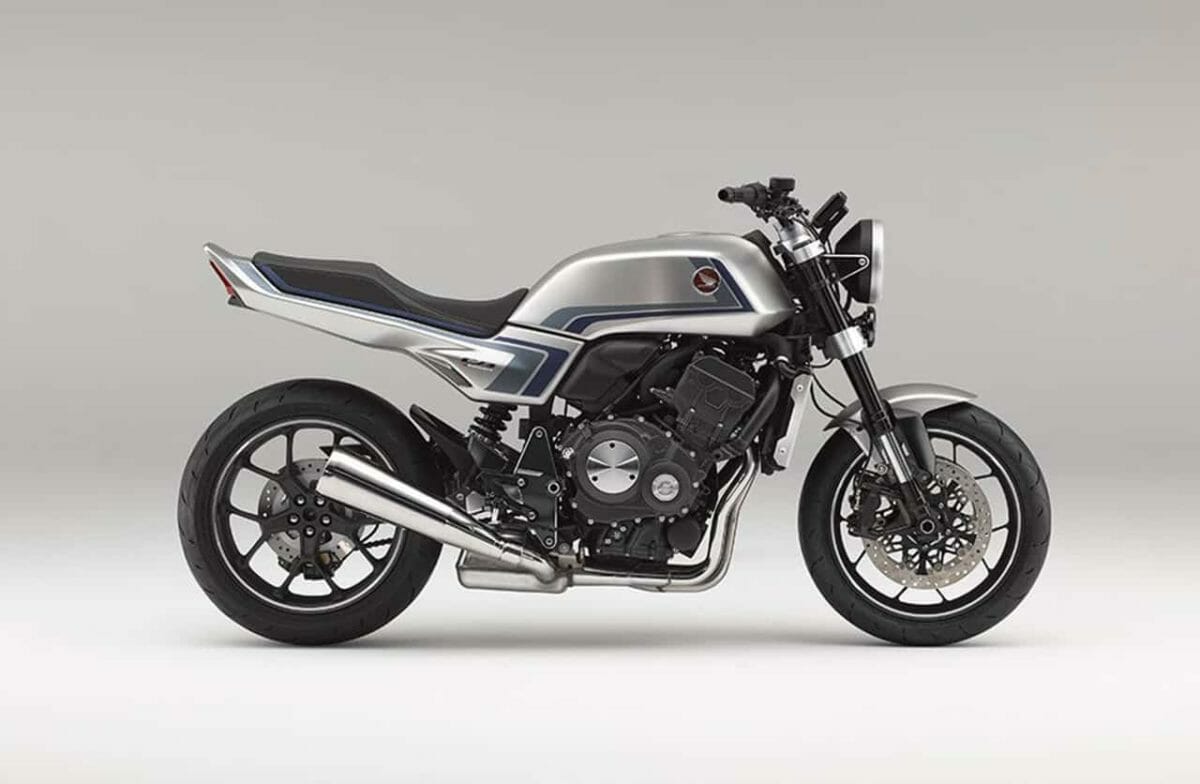 The CB-F Concept is the result of revisiting the CB series’ history, which reached its sixth decade last year, and Honda’s new machine has impressed motorcycle enthusiasts across the globe with its styling that showcases a tasteful throwback to the ‘80s.

The CB-F Concept is an ambitious fusion of cutting edge technology with a design paying homage to the CB900F（CB750F in Japan）, a Japanese global model which, in part through the North American racing scene, brought to the six-decades of CB models an iconic status.

However, the 2020MY CBR1000R forms the base of this new CB-F concept. The concept has been finished in a neat shade of brushed silver with a pair of blue highlights. Minimalism and originality are two design considerations that have gone into its making and the overall result is too good not to be a production motorcycle (albeit with a licence plate). Of course, its internals are in line or better than that of many other popular players from Japan available at present. Honda Motorcycle has also added a single-sided ‘megaphone’ exhaust system to complete its visuals.

It is powered by a 998cc water-cooled, 4-stroke, 4-valve, inline 4-cylinder DOHC engine which eases through its rev-range and provides ample torque. It churns out 141.4bhp of power @ 10,500rpm and 104Nm of torque @ 8,250Nm. Compared to its previous version, peak power and torque figures have gone up by 16% and 5%, respectively. Honda Motorcycles’ engineers have also shortened its transmission ratio by 4% for better acceleration. The motorcycle has become 12kg lighter as well and boasts of 20% better power-to-weight ratio.

Although they do not form the top of the chart in terms of sales, the ‘modern classic’ genre of motorcycles do have a certain appeal and with the launch of CB-F 2020, Honda might want to re-enforce this belief into the minds of the buyers.