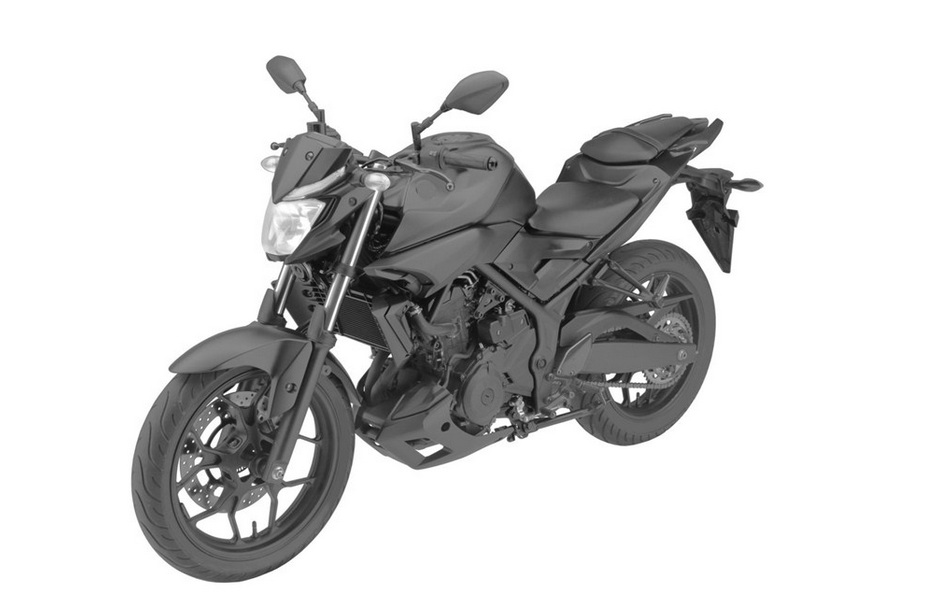 War of the entry level Japanese motorcycles will soon enter a new chapter as Yamaha brews a new flavour in its fabled brewery. Yamaha stayed away from the quarter-litre motorcycle party for quite some time while compatriots Kawasaki and Honda had a sweet run with their respective 250cc motorcycles. It wasn’t however long before the Austrian two-wheeler manufacturer KTM stole the limelight with its Duke and RC series of motorcycles and emerged as the new favourite entry level product for motoring enthusiasts.

Yamaha finally decided to roll up its sleeves and prepared for a tussle with its Japanese counterparts as it lifted the veil from the YZF-R25, it’s new quarter-litre full faired motorcycle, last year. Surprisingly, it was soon followed by a slightly more powerful version, the YZF-R3, that was introduced to lock horns with the Kawasaki Ninja 300 and targeted towards the European market. In June this year, following several speculations and spy images, Yamaha unveiled the MT-25, the naked version of the YZF-R25, challenging the authority of the Kawasaki Z250 in the 250cc roadster segment. But that’s not all that Yamaha has got in its kitty. 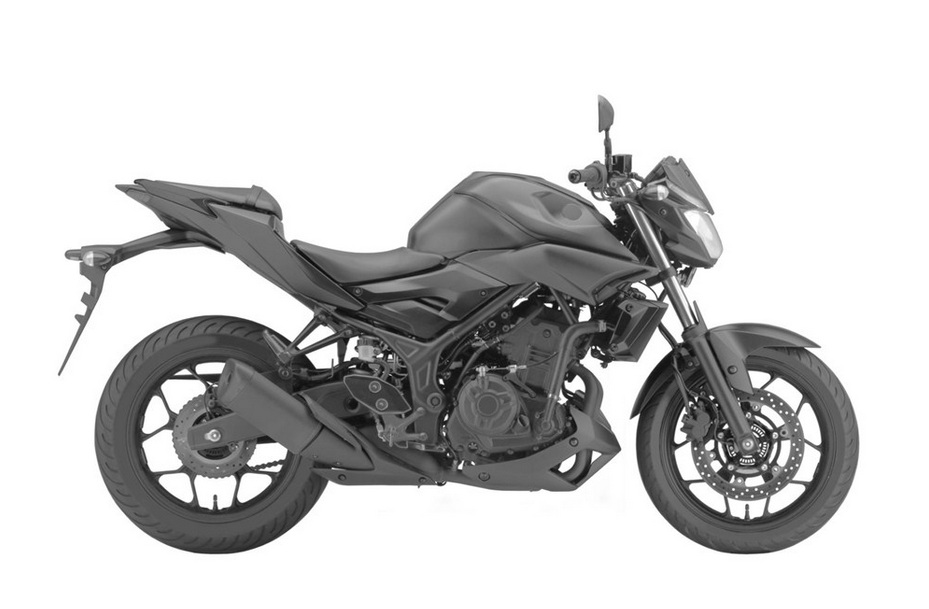 Latest reports indicate that Yamaha might be brewing yet another surprise for its fans in the form of a naked variant of the YZF-R3. This upcoming MT series motorcycle, rumoured to receive the MT-03 moniker, will follow the same strategy that was seen on the Yamaha YZF-25 and MT-25. The MT-03, as suggested in the leaked patent images, will look identical to the MT-25 but will receive a slightly more powerful motor.

Click here to read more about the Yamaha MT-25

If the MT-03 does turn into reality (which is highly possible), it will share its power plant, chassis and various components with the YZF-R3. A 321cc in-line two-cylinder, liquid-cooled engine with Yamaha’s R-series technology which includes a direct-drive camshaft, forged pistons, carburized conrods, low-friction cylinders and more will perform powering duties on the MT-03. The motor will deliver 42 PS of power and 29.6 Nm which will be channeled to the rear wheel through the constant mesh 6-speed gearbox. The motorcycle will also benefit from ABS but we are not sure if it will come as a standard safety accessory. 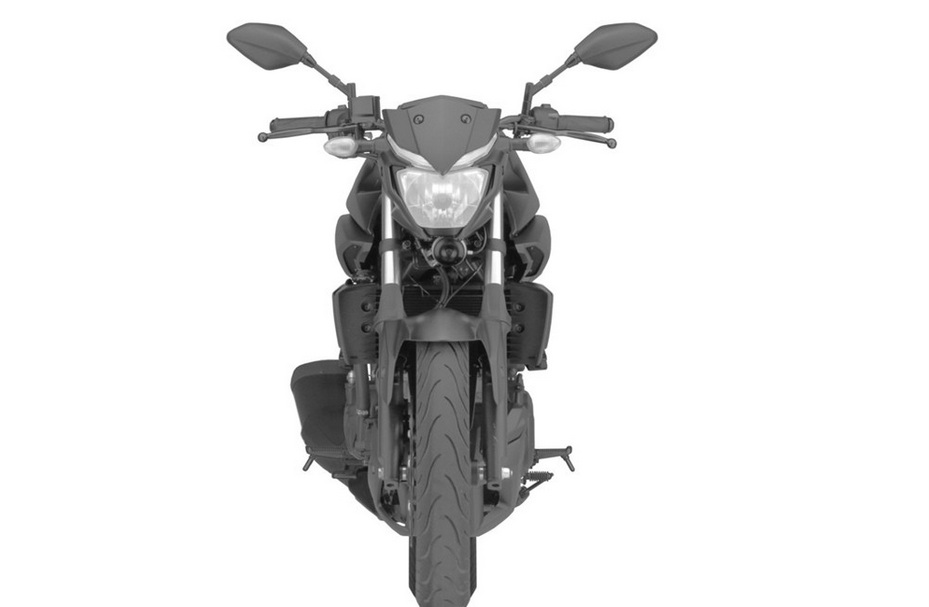 As reported earlier, the new Yamaha YZF-R3 will reach Indian shores by August this year and the naked roadster is likely to be on its way too. The motorcycle will face competition from the much adored pocket rocket that changed the game of the entry-level performance motorcycle, the KTM Duke 390. Stay tuned for more updates. Meanwhile, you can share your views or insights about the upcoming Yamaha duo with us through the comments section below.