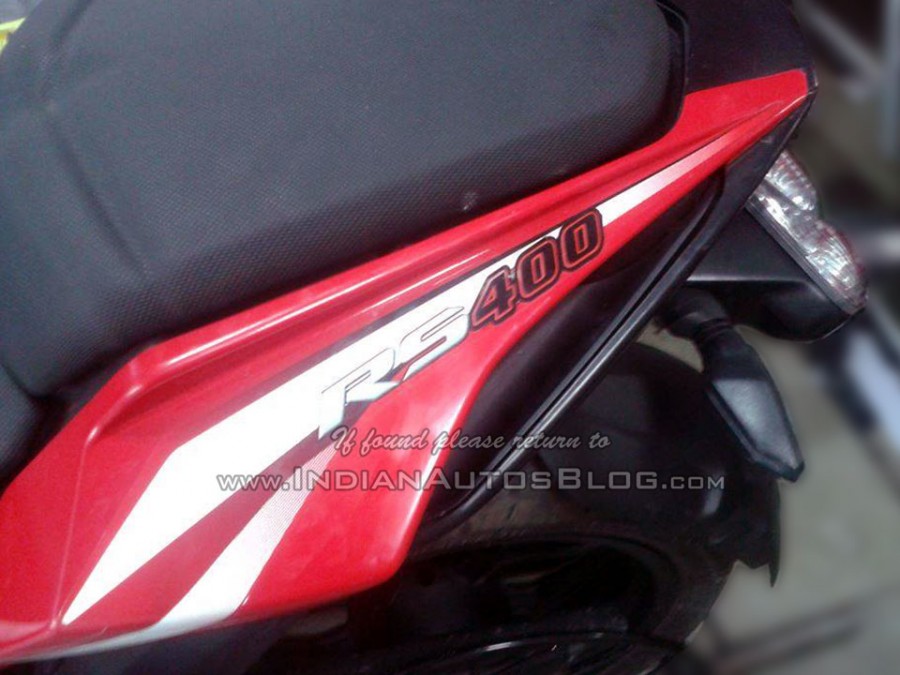 The highly anticipated Bajaj RS400 was spied in India by an Indian Autos Blog reader at what the report claims to be a service station. The origins can be traced back to Auto Expo 2014, when Bajaj showcased two versions, the CS400 and the SS400. The latter has gone on to become the RS400, and will become Bajaj’s highest capacity motorcycle till date, and subsequently, its flagship. 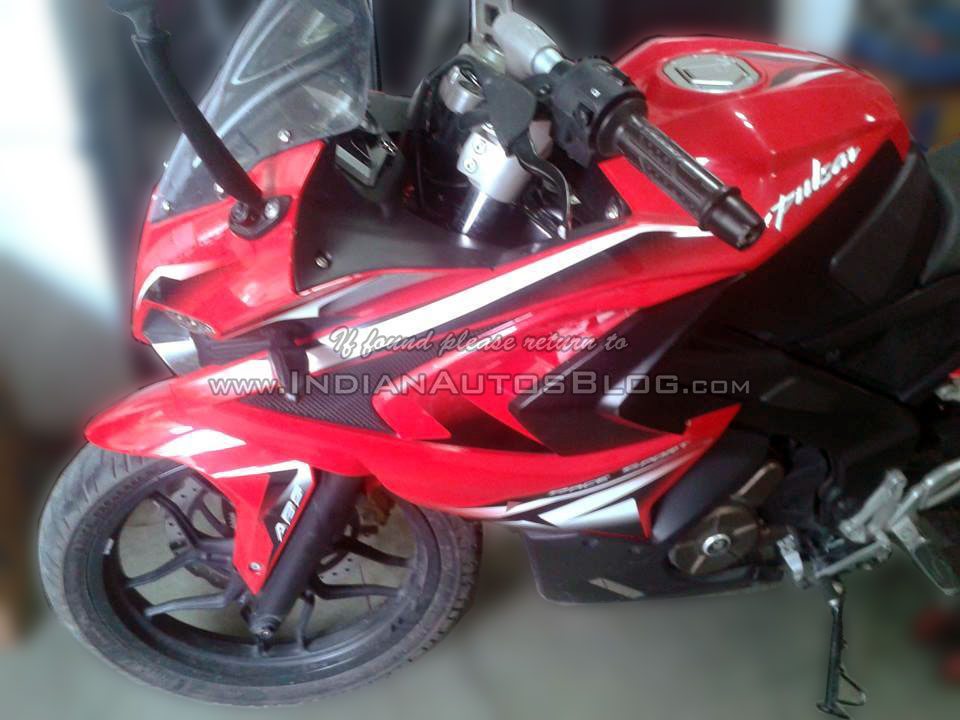 Visually, the RS400 appears to be the RS200’s doppelgänger, apart from the 400 stickers. The sharply styled front fairing, the dual projector headlamps, the split LED tail-lamps, along with the rest of the bodywork seem to be completely carried over from the 200. Even the alloy wheels and the soft compound tires appear to be similar. As expected, the RS400 will have ABS, but it remains to be seen if it’s a single- or a dual-channel job. 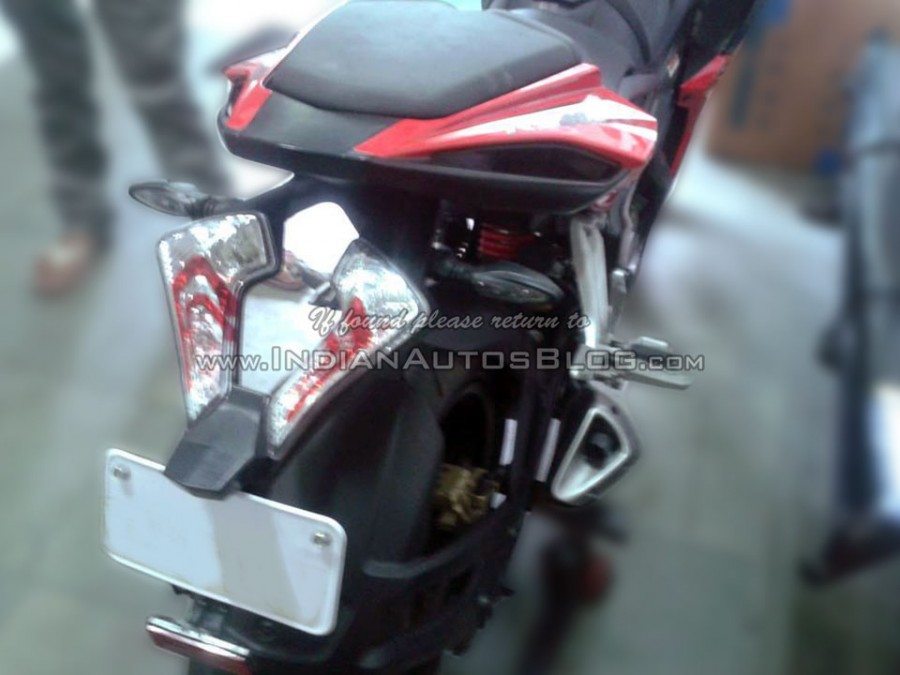 The RS400 will be powered by a KTM sourced, 375cc, liquid-cooled, 4-valve, triple spark, fuel injected engine mated to a 6-speed transmission. However, for this application, Bajaj is expected to retune the Austrian motor’s spiky power delivery and high-revving character for friendlier tractability. Gear ratios should also be altered as well, to make the RS400 more long legged than the KTM. Power and torque figures are yet to be revealed, but expect around 40 PS of power & 35 Nm of torque.

A launch is expected in a handful of months now. Stay tuned!