Except you can’t buy one anymore, because all 100 examples are already sold out. So what’s so special about the new Pagani Huayra Roadster, apart from its $2.41 million (INR 16+ Crore) asking price? 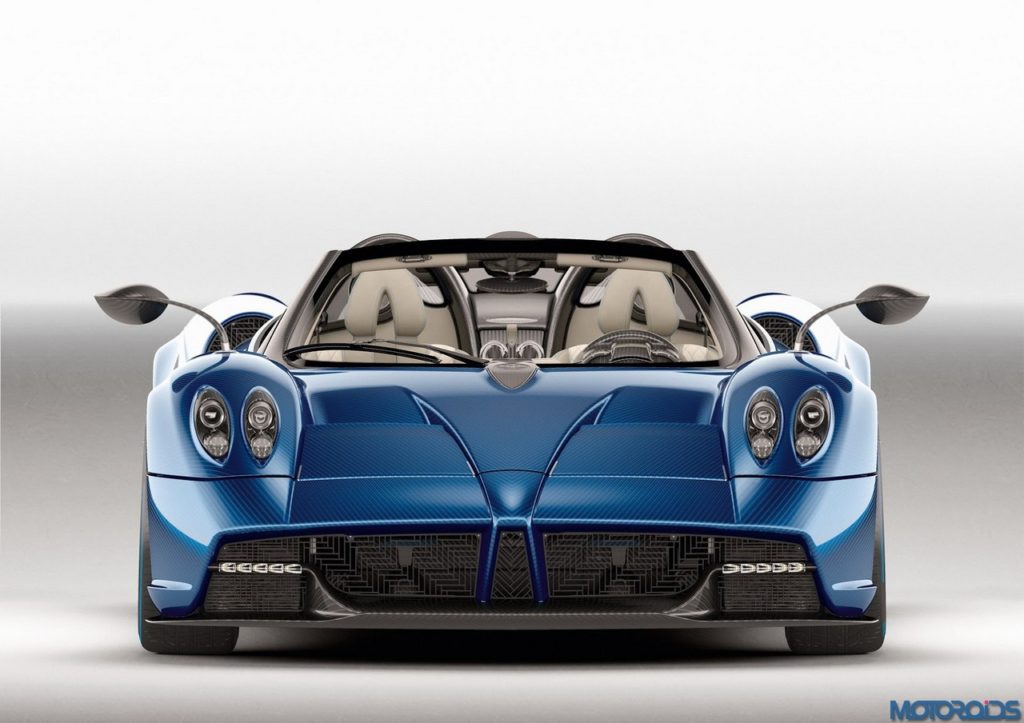 Well, for starters, it is 80 kilograms lighter than the Huayra coupe, along with being more rigid. This was largely achieved through the usage of new composite materials like Carbo-titanium and something called Carbo-Triax HP52 in the Huayra Roadster’s monocoque. 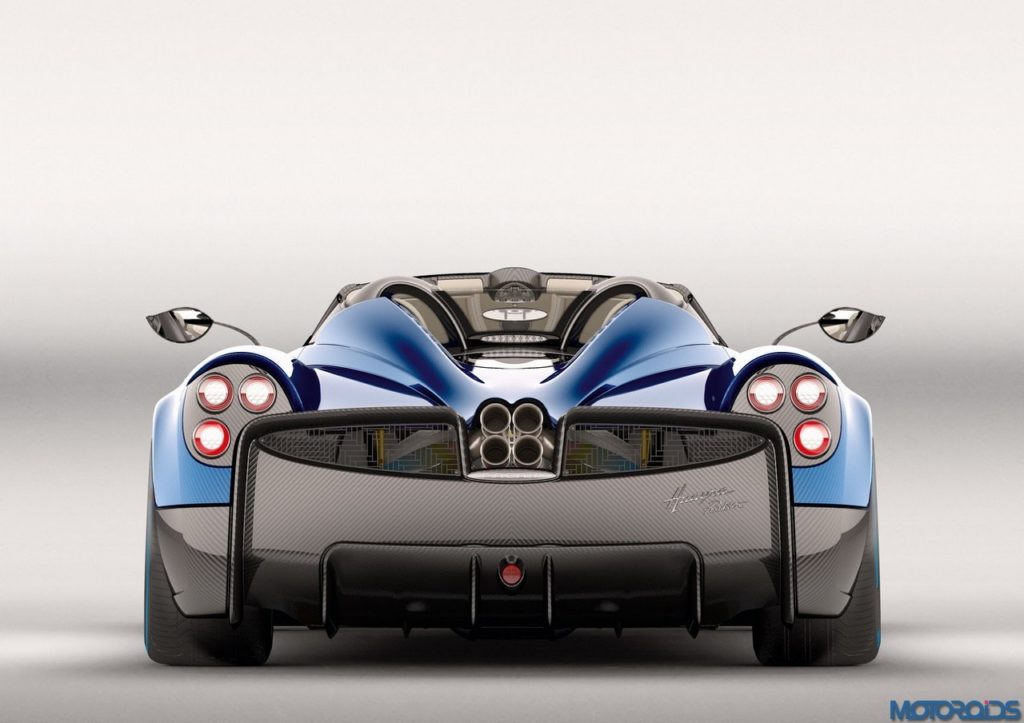 In Roadster guise, the engine is tuned to produce 764 horsepower and 1000 Nm of torque, while being mated to the same XTrac seven-speed AMT used in the Huayra BC. Huayra Roadster buyers have a choice of either Pirelli P-Zero Corsa tires designed specifically for Pagani, or P-Zero Trofeo R tires.

Brakes are Brembo carbon ceramic rotors, and they hide behind new forged aluminium alloy wheels measuring 20 inches up front and 21 inches at the rear. Then there’s the way it looks, especially in the blue carbon and cream interior combo seen here. 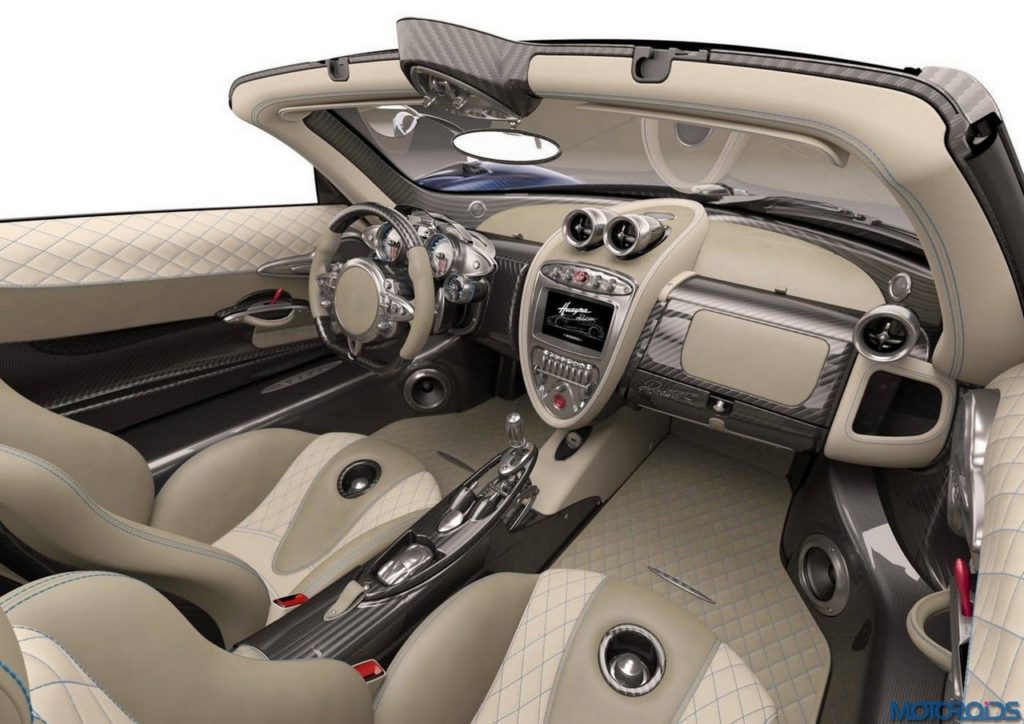 Pagani has developed two types of roof for the Roadster, with the first featuring a light carbon hard top with a central glass element that gives it a similar appearance to a coupe, while the other is a fabric and carbon cover that can be stored inside of Huayra Roadster. 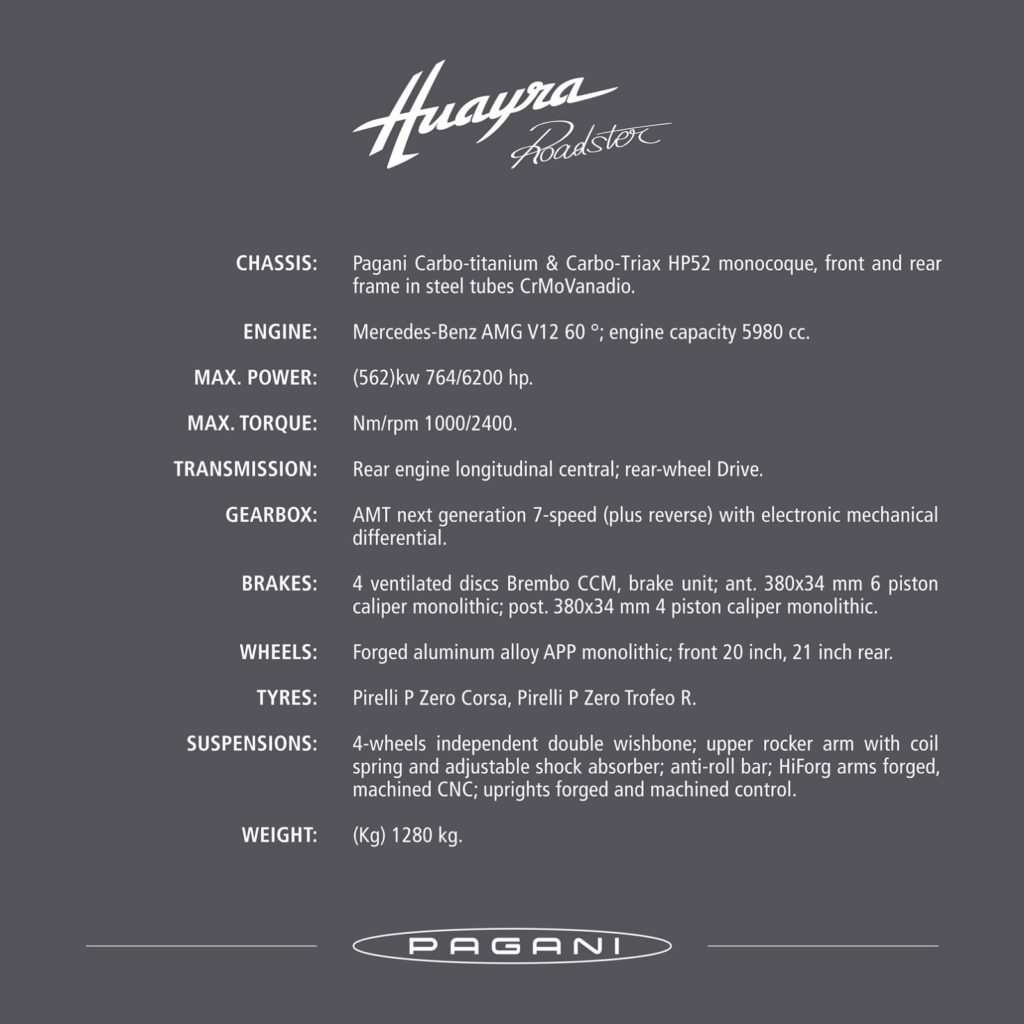