A Pagani Huyara will set you back by $1,400,000 (around INR 10 Crores) before options, a princely sum of money for a princely, hand-made, bespoke Italian super-car with a German heart. Back in China, 26-year old Liu Shengqi dreamt of giving Pagani to the people.

In his quest to build a sports car for young people, Liu created this Pagani Huayra knock-off, and simply called it the ‘Supercar’. What’s more, it has entered series production, and pricing starts at around 38,000 yuan (INR 3.70 Lakh). 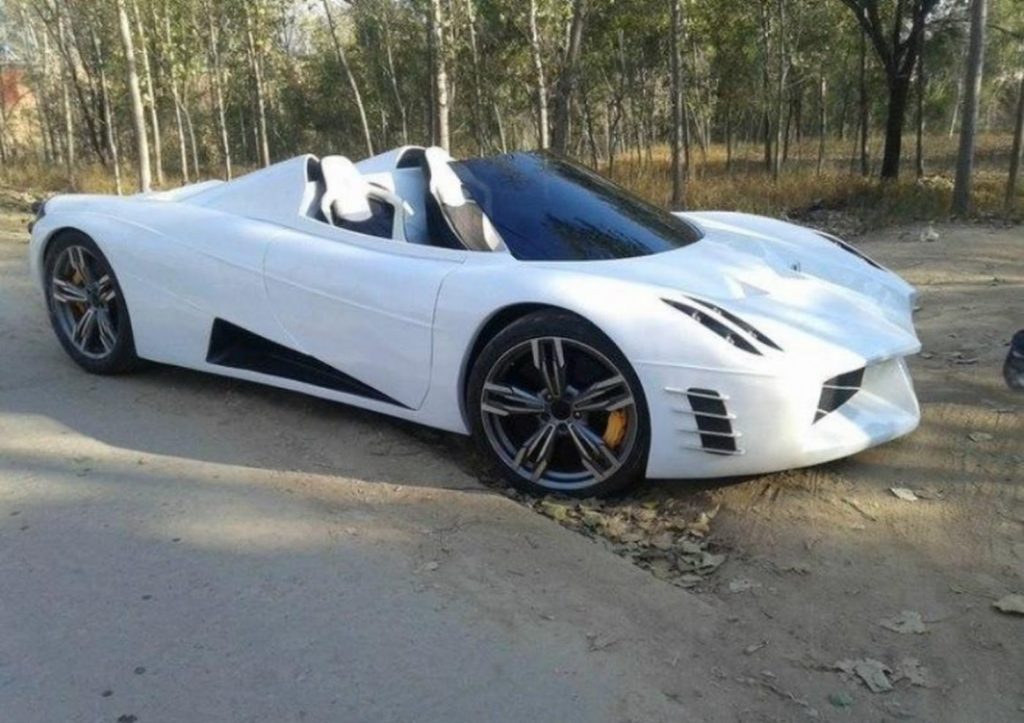 There’s one small problem though – the power. Or the lack of it. Since it is classified as a low-speed electric vehicle that can only be used in the city, the base version of the ‘Supercar’ makes do with only 4 HP. In comparison, the Huayra’s AMG-sourced, naturally aspirated, 6.0-litre V12 engine makes a terrorising 750 HP. 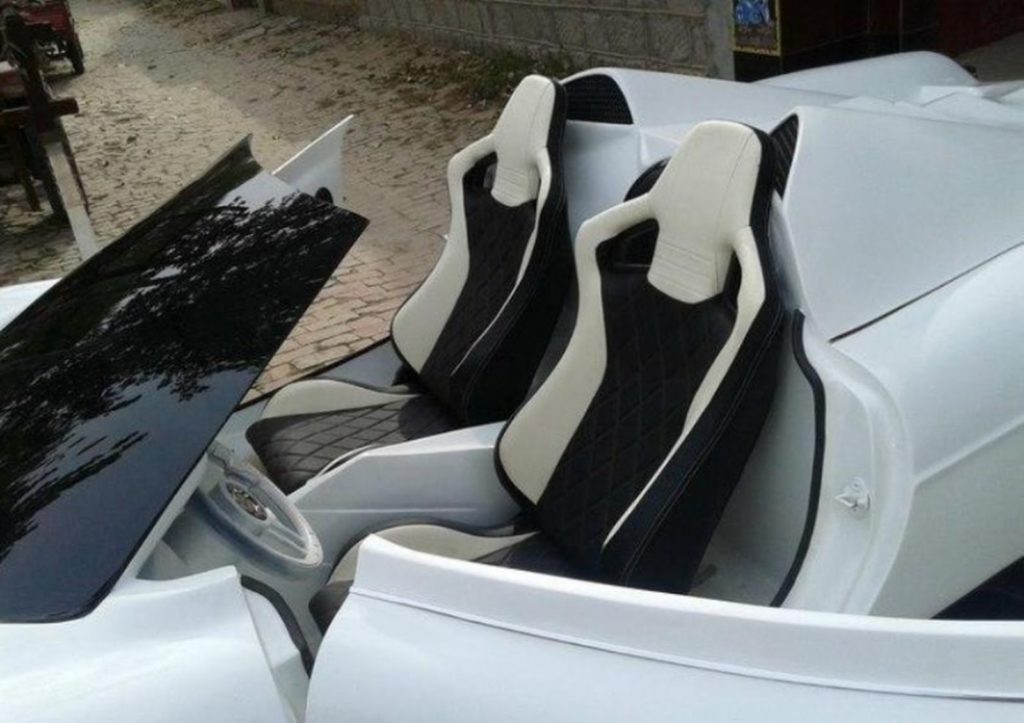 The fibreglass body of this Chinese ‘Supercar’ tries to pay homage to the Huayra in its own botched up way. The headlights are obviously inspired from the Pagani’s illumination set, and so are the tail lamp clusters. Instead of lights though, they host half a dozen fake exhaust pipes.

Inside, the ‘Supercar’ gets a spartan cabin that’s a far cry from the Huayra’s carbon fibre and leather trimmed, exotic affair. There’s a basic, plastic dashboard, a steering wheel and a small touchscreen. That’s about it. And oh, the ‘Supercar’ tips the scales at just 200 kg, making things slightly easier for those 4 horses.