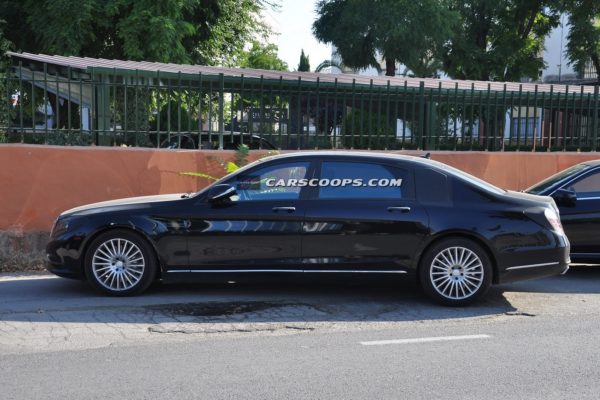 It has always been known that the new 2014 Mercedes S Class would soon spawn an Extended Wheelbase (EWB) model to take the mantle from the now defunct Maybach ultra luxury sedan. With the LWB variant of the new S Class going up against the long wheelbase variant of the BMW 7 Series and Audi A8, the EWB would be left to deal with the even more upmarket Rolls Royce and Bentley models.

As is obvious, the upcoming Mercedes S Class EWB would be even longer than the LWB variants and safely expect the car to get richer interiors and longer equipment list to further pamper the real life Richie-Richs. It isn’t yet known if Daimler would ever plan to resurrect the Maybach brand but there is a good possibility that the S Class EWB would be the flagship sedan in Daimler’s product portfolio for at least some time to come.

The Mercedes S Class EWB was recently spotted in Germany and the latest set of spy pics reveals a fair bit more about the upcoming variant of the W222 S Class. As can be made out from these images, the car would come with longer rear doors. The C-pillar looks like it features an additional third side window (akin to the Maybach 62). 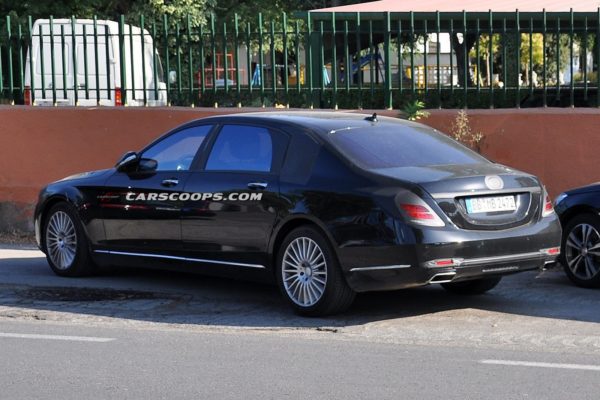 While exact measurements of the car aren’t known, it definitely looks substantially longer than the S-Class LWB, which measures 206.5-inches (5.24m) in length.

There are plenty of rumours which say that the W222 S Class might also get an even longer Pullman version, with three rows of seating and more equipment. This variant could be launched sometime in 2015. For now though, we are waiting for the public debut of the new Mercedes S Class EWB.

Flip to next page for more pics of the New Mercedes S Class EWB.