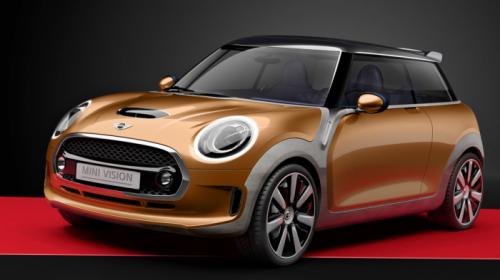 MINI today officially unveiled the Vision concept at a Design@Home event in the presence of its Chief Designer Anders Warming.

It is being said that the new MINI Vision has been designed to preview the 2014 Cooper and we have nothing but plenty of appreciation for the the way the design has evolved at MINI. It won’t be wrong to say that Vision concept’s design is an amalgam of classic styling cues and futuristic aesthetics.

At the front, the car gets a highly aerodynamic bumper that features the hexagonal grille. The grille is home to a set of small integrated fog lights. The new MINI Vision also features full-LED headlights, with the lamps getting an outer ring which holds daytime running lights (that’s uber cool, no?). Other notable design features on the new MINI Vision concept are “organo metal” accents, a tailgate-mounted spoiler and a center-mounted dual exhaust system. 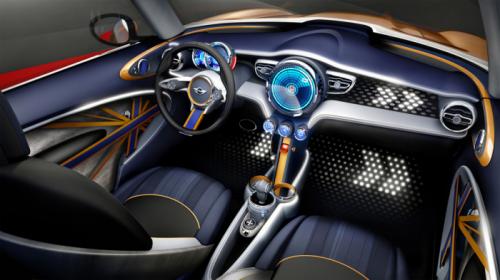 On the inside, the panels get a symmetrical design and come in an assortment of colour shades and textures. We really like touches like lounge-like seats, floating center console and Union Jack-inspired straps that do the duty of holding magazines/drinks/mobile-phones. In true MINI fashion, the car comes equipped with circular displays. Howecer, the speedo seems to have moved back from its central position to behind the steering wheel.  New features on the car include a “MINI click system” and a Driving Experience Control system which lets the driver/passengers adjust the lighting inside the cabin.

Stay tuned to Motoroids for more updates on the new MINI Vision concept.

Flip to next page for video and image gallery