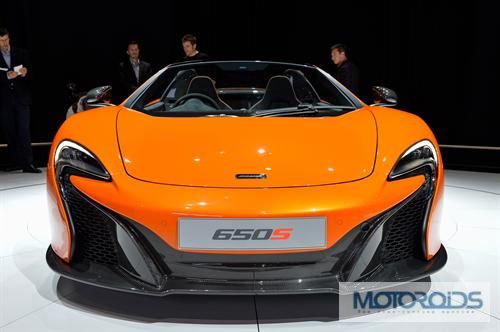 We reported in detail when the new McLaren 650S Spider was unveiled at the ongoing  Geneva Motor Show 2014. 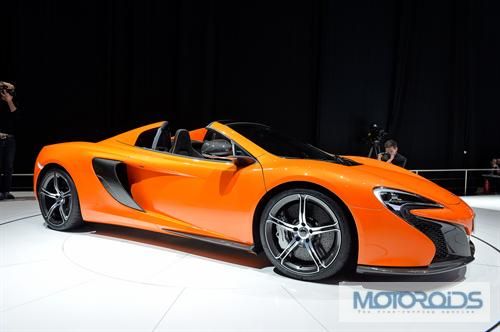 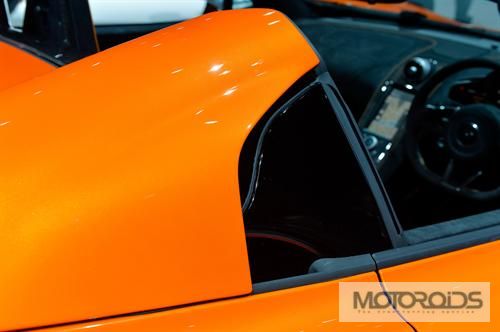 The carbon fibre MonoCell chassis of the McLaren 650S requires no additional strengthening or reinforcing in open-top version. The 650S Spider tips the scale at 1,370 kgs, just 40 kgs more than the Coupé. This additional weight is due to Retractable Hard Top and roof mechanism.

The two-piece Retractable Hard Top can be raised /lower in just 17 seconds, and can be activated at any speed upto 30kmph (19mph). McLaren 650S Images- CLICK ON THUMBNAIL FOR HIGH RESOLUTION VERSION