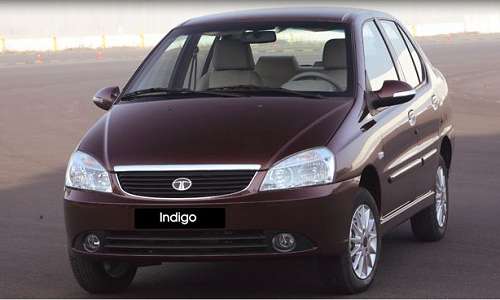 It has emerged that Tata Motors have decided to go head on against the HM Ambassador at the latter’s home turf- Kolkata. In a bid to have a stronger foothold in the taxi market of India, and West Bengal in particular, Tata Motors has launched a bare-basic, stripped-down variant of its Indigo at Kolkata. This ‘exclusively for Kolkata’ variant of the Indigo gets deprived of aircon and comes with ‘power-nothing.’ However, what it does get is a mouth watering price tag of just INR 4.97 lakhs.

The new bare-bones Indigo will directly rival both the Ambassador and the upcoming Ambassador Compact Sedan. While the Kolkata taxi market seems to be in an eternal love affair with the HM Ambassador, we won’t be too surprised to see the Indigo, which is a much modern car in comparison, having at least some impact on the sales of the Amby in Kolkata. The latest variant of the Indigo is a ‘Kolkata-exclusive’ and it is the first time that Tata has launched a no-frills variant of the Indigo sedan. Another speciality of the new variant is that it is being offered with a special annual maintenance package and a quick service contract to lure the taxi owners/drivers.

Tata Motors is also offering an exchange-scheme wherein existing Amby taxi drivers can exchange their car for a new Indigo by offering the age-old sedan as down payment.

It would be interesting to see the effect of the new ‘Kolkata-exclusive’ Indigo variant on the sales of Amby in Kolkata.

Stay tuned to Motoroids for more on this.